From Trenton northward, brightly colored shad darts or flies tease out their aggression when the water temperature reaches the upper 40s, although the fishing is optimal with the temps in the 50s. Expect the run to peak in Lambertville by mid-April as pods travel perhaps 8 miles a day. Some fish stop and spawn slightly south of the Water Gap, the fishing in New Jersey continuing into June. Other fish continue as far north as the East and West branches in New York.

Before it’s over, smallmouth bass fishing begins to pick up in May. They also make the Delaware a highly regarded destination. Anyone who catches a walleye from the river knows it differently.  And while muskies are more elusive, the river offers ample opportunities to target them exclusively, with persistence being the way of the hunt. Largemouth bass are not prevalent as they are in the tidal river, but nice ones of 3 to 6 pounds do get caught, especially in weedy slack water. Pickerel are present, too, and while they come as a surprise from the same weeds, they too grow to respectable size.

It’s possible to catch smallmouth, walleye, largemouth, and maybe even a pickerel during a single float, while wading, or motorboating. During summer, smallies are just about everywhere—besides in those slack, weedy spots. You can catch them at the bottoms of holes on tube jigs and from medium depths on Senkos. Crankbaits or jerkbaits work in rapids, depending on depth, and behind boulders and in eddies you can catch smallies on any of the lures I’ve mentioned. The former state record came from the river, and while 5-pounders get caught on rare occasion, you should expect bass of nearly 3 pounds if you fish regularly.

Summer walleye will hit jerkbaits in relatively shallow fast water early in the morning. Later in the day, Crankbaits and jigs may be effective in moving water and eddies of about 8 to 15 feet deep. During the late fall and winter, walleye retreat to the bottoms of deep holes. By repeatedly fishing for smallies and walleye, you will likely encounter muskies, though catching one is another matter. Live fallfish are great bait when slowly trolled near the surface through moderately deep stretches during warmwater months. 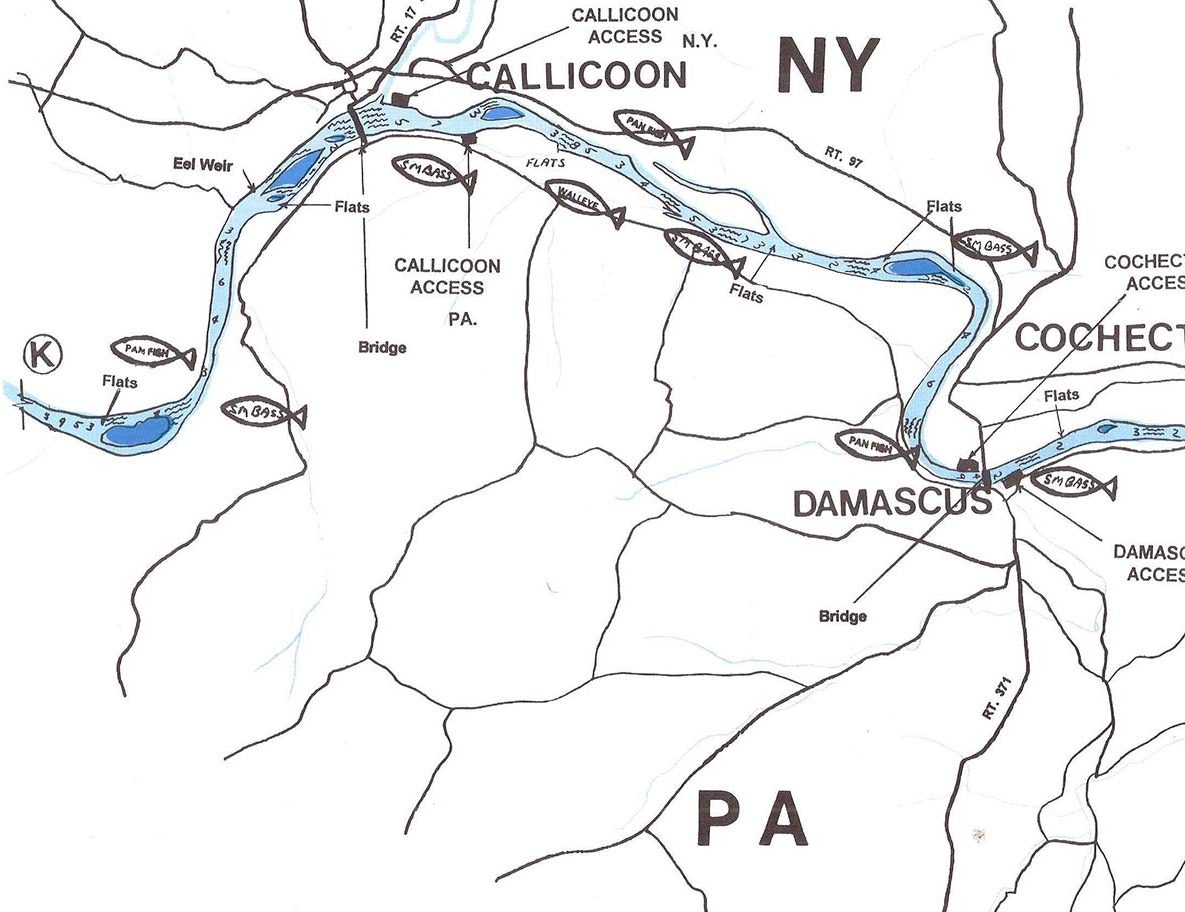 During summer nights, striped bass, rarely over 30 pounds, get caught on live eels. Bass from 10 to 22 pounds get caught frequently. I once hooked one of about 10 pounds that took an eel before I fought it in close to the bank. I felt certain it sensed light from a lantern when it bolted away on a tremendous run, pulling the hook. Sometime afterward, I mentioned the incident to someone much more experienced than I am, who confirmed my experience, telling me he and his friends always put out the fire and shut off any lantern when a striper gets hooked.

Flathead catfish have their river adherents, too. All I have spoken to recommend live fish for bait, although I caught a 9-pounder on a dead eel I let sit on bottom while I rigged another rod with a live one intended for a striper. Sunfish are sometimes used, and summer nights mean flatheads move into relatively shallow moving water to feed. Channel cats will take cut fish, globs of nightcrawlers, and stink baits. They’re aggressive, however, and I’ve caught them on plugs at sunset while fishing pocket water for smallmouth. Globs of dead shiners or dead herring also produce. If you use either baitfish for other species, keeping and freezing the throwaways is an option.

A more delicate approach to fishing the river involves rainbow and brown trout. Although they are not plentiful in the New Jersey flow, some of them leave the Musconetcong, Pequest, and Paulinskill rivers as well as the Flatbrook, especially during spring. Brown trout come from stocked club stretches of those rivers. The river mouths are spots to try.

I own a map of the Delaware, which J.B. Kasper produced and used to sell. It’s an excellent guide, indicating river depths, current flow, flats, drop-offs, eddies, islands, tributaries, bridges, cities and towns, where to expect various species, and section descriptions. I haven’t recently found any way to acquire one, but my takeaway from the map and from my river experience is this – from Trenton to just south of Port Jervis you can find excellent fishing. 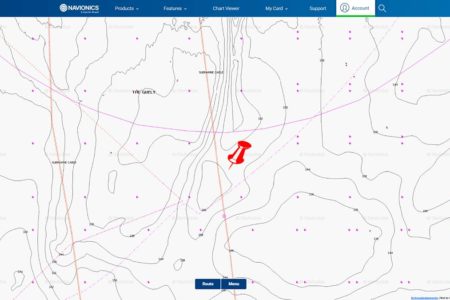 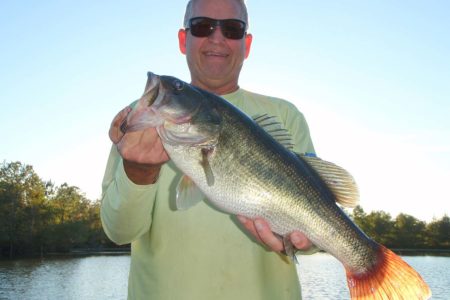