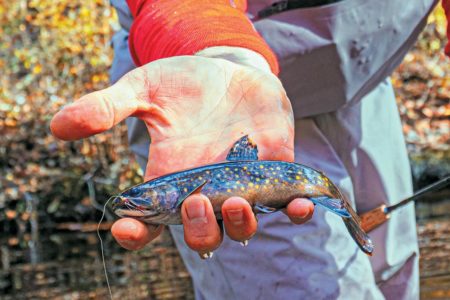 Brook trout are the embodiment of wilderness, relics of a time before human development.