Rick at Southside Marina said that stripers are moving down this way. They are hitting off bunker near Asbury Park, and anglers also report bass in the Long Branch area out near the 3-mile line. They are fishing deeper water using ava jigs, bucktails, and poppers. Some bluefin tuna were reported too.

Rick at Southside Marina said anglers are already limiting out on sea bass now that the season is open. Specifically, three boats went out Sunday and all came back with limits. A few stripers are being rumored of up north. Small sea trout are popping up along the beaches in 30-feet of water. False albacore are being landed out near the reefs.

Rick at Southside Marina said he has not heard too much inshore, but there is word of some bluefin around the Farms. Most of the action is offshore at the moment.

Rich from Southside Marina said it was mostly hits but some misses with yellowfin at the Triple Wrecks, but there was good fishing for mahi around the lobster pots. He took a break and boarded a friends boat, and they enjoyed fast action with bonito, Spanish mackerel and false albacore 5-knot trolling Nos. 1 and 2 Clark spoons. Adding some spice was a rambunctious 10-pound cobia that chased and crushed a Clark metal.

Rich at Southside Marina says there are some bluefin goings-on at the Barnegat Ridge, and its all about the troll. Still some yellowfin to 50 pounds at the Triple Wrecks, he added, and one customer working the Hudson caught a white and a blue marlin, and also a yellowfin and a longfin. 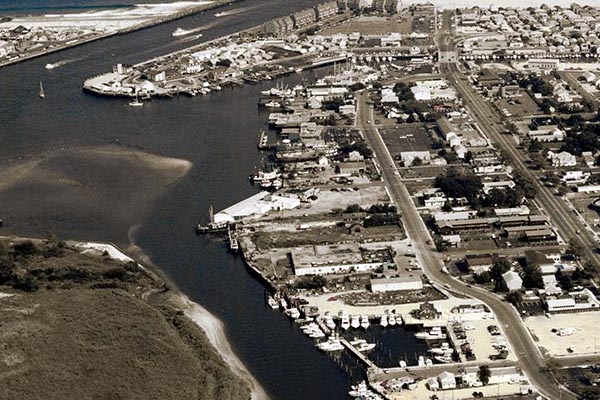 Southside Marina is a full service marina in Point Pleasant Beach that offers boat slips to accommodate boats to 50’. We offer winter storage – wet or dry. Our ship store has fishing tackle and various boating supplies and services. Looking for charter fishing boats – Southside Marina is home to many year-round sportfishing charter boats. We are surrounded by restaurants and only minutes from the Manasquan Inlet where fishing safely from shore can produce summer flounder (fluke), bluefish, striped bass, sea Bass, weakfish, blackfish and crabbing. Point Pleasant Beaches have always been top rated by all who visit. And then there is Jenkinson’s Boardwalk where amusements for all ages can be enjoyed.