You may remember, in the issue before the print edition, I told the story of losing and recovering my needlefish while fishing with my transplanted left-coast buddy, Mario. The four (or five) trips we made while he was back home in Rhody were during some of the best and most intense weeks of fall run striper fishing I have experienced in several seasons. And the body of fish that was in the area was vast and robust, which made it possible to make moves confidently, honestly it made me look like a striper genius.

When Mario and I found only small fish at one location, I knew it was because the wind had switched from west to northeast. Using the instinct I’ve built up in my home waters over the last 20 years, I made the call to make a drastic move, the fish were there in numbers. When the bite died with the tide, we left satisfied with our results and ready head for home. Mario even said to me, “Man, you knew exactly where to go!” I told him that, yes, I used to know exactly where to go nearly all of the time. But over the last 8 years it has gotten a lot harder to confidently move with the conditions.

In my soul I know it’s because the striper stocks aren’t what they used to be. I could document hundreds of examples, but this isn’t the purpose of this column. What the return to awesomeness showed me is that old knowledge still works when there are enough fish around to make it work. That period of great fishing reminded me what it was like from 2004 to 2014 when I felt like I was on top of the striper fishing world. When the fishing was hot, it was hot everywhere. That’s not to say that it was never dead, we certainly had slow periods, but we could move around all over, from Cape Cod to South County and with some deductive reasoning, we could usually find fish. When the fishing was ‘on’ we could literally catch them everywhere. It’s easy to forget what that was like, but I was reminded.

It just so happened that another buddy was coming back the following week, my friend Ben who was away at college and shared a ride home from Maryland to fish his home waters. Of course I had been providing daily updates on how awesome the fishing had been. As the tides from the recent new moon began to slow down, so too did the fishing. I anticipated this and figured some of my old tricks would keep us in the fish. The night before he was set to arrive back home, I went out at 9 p.m., thinking I’d ‘take the temperature’ on the slow-water spots and have a decent idea where to begin. I didn’t get home until almost 4 a.m. and I only had one 30-inch fish to show for all that effort. I was so tired from the scouting mission that I bowed out on the following night.

We covered a lot of water when we met up after I took a night to bank some shuteye—I think we landed three fish and none of them will be remembered. Ben got determined and started making long drives to fish other spots, way outside his usual range, none of them produced more than a few small fish.

On the last night, we were standing in waist-deep water, casting plastics down the edge of some breaking surf – feeling kind of guilty – I said something like, “The water looks good, the tide is right where I want it…the fish should be here!” Sensing that I was pressing to pull a rabbit out my hat, he said, “Dave, I don’t care. I’ve been missing the surf so much being stuck at school. I’m just happy to stand here and smell the saltwater.”

Wise beyond his years, Ben was right. It’s those days when you forget to count your blessings that you also forget to enjoy the experience for what it is. 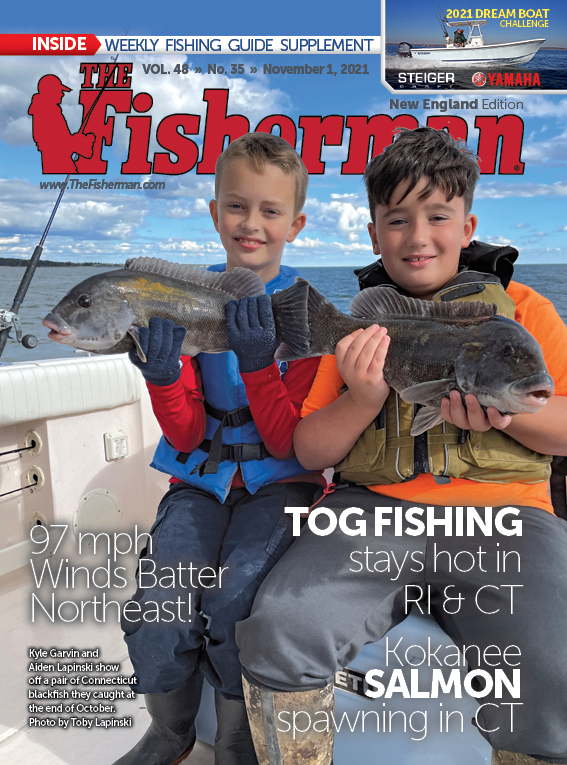