By now, your 2020 election ballot has already been left in a box, bin, or barrel for official tabulation.  Whether or not there’s fighting in the streets to follow, one fact remains clear – the fall run of striped bass should be heating up at the Jersey Shore this week.

Perhaps I’m a masochist, but I enjoy reasoned discussion and debate on the merits of one political side over another.  In fact, I often find myself grabbing points from one perspective to use when speaking to another; whether you call that devil’s advocacy or simply being a contrarian is also debatable.  For me it’s just a good way to learn each position’s merits.

Some folks say they fish to avoid politics, though I think most realize that fishing and politics are forever entwined (think laws and regulations).  Yet with COVID response, national healthcare, the economy, Supreme Court nominations, race relations and international affairs consuming the campaign rhetoric, adding a “fisheries” angle in the days leading up to November 3 would’ve been like trying to delicately balance a bowling ball atop a playing card pyramid. But now that ballots are all but cast, I figured it was as good a time as any to throw out a couple of casual political observations.

In the present, New Jersey anglers should understand that the only way we were able to break free from the politically motivated decisions by the Atlantic States Marine Fisheries Commission (ASMFC) that created a tristate fluke management mess was through the Trump administration.  New Jersey never officially went “out of compliance” with ASMFC back in 2017 because the president’s hand-selected Secretary of Commerce, Wilbur Ross – after speaking with then governor Chris Christie – found New Jersey’s position was justified.

“New Jersey makes a compelling argument that the measures it implemented this year, despite increasing catch above the harvest target, will likely reduce total summer flounder mortality in New Jersey waters to a level consistent with the overall conservation objective for the recreational fishery,” Ross said in his findings, marking the first time in history that the Commerce Secretary ever sided with a state over ASMFC.

That was good; yet 3 years later, the guy that President Trump appointed as assistant secretary of NOAA Fisheries, Chris Oliver, turned around and thumbed his nose at Pennsylvania saltwater anglers by choosing a former Environmental Defense Fund staffer named Michelle Duval over the widely supported Harvey Yenkinson to represent Keystone Staters.  It didn’t take long for Ms. Duval to show her cards by voting against a bluefish measure in October that would’ve helped anglers.  Sorry to say, I believe we can expect more of those types of votes from Pennsylvania’s newest rep at the Mid Atlantic Fishery Management Council.

And how about Joe Biden as president?  He at least hails from Delaware, that can’t be all bad right?  Biden did carry the support of a coalition of hunters and anglers calling themselves Sportsmen and Sportswomen for Biden that includes members of the Theodore Roosevelt Conservation Partnership (TRCP) as well as a top lobbyist for the recreational fishing industry named George Cooper.  Is this not a good sign?

Personally, I’m a tad skeptical of a Biden presidency in terms of better fishing; the last time he was in the White House, the wife of Biden’s chief of staff Ron Klain had a rather lofty position in NOAA Fisheries where she helped shut down our black sea bass fishery in 2009.  If Biden were to become president, I think it’s reasonable to assume that Monica Medina – Klain’s spouse and former senior officer at Pew Environment Group – will be back in at NOAA Fisheries.

But hey, like I said, at least the fall run of stripers is well underway this week; I’ll leave it to others to argue over hanging chads. 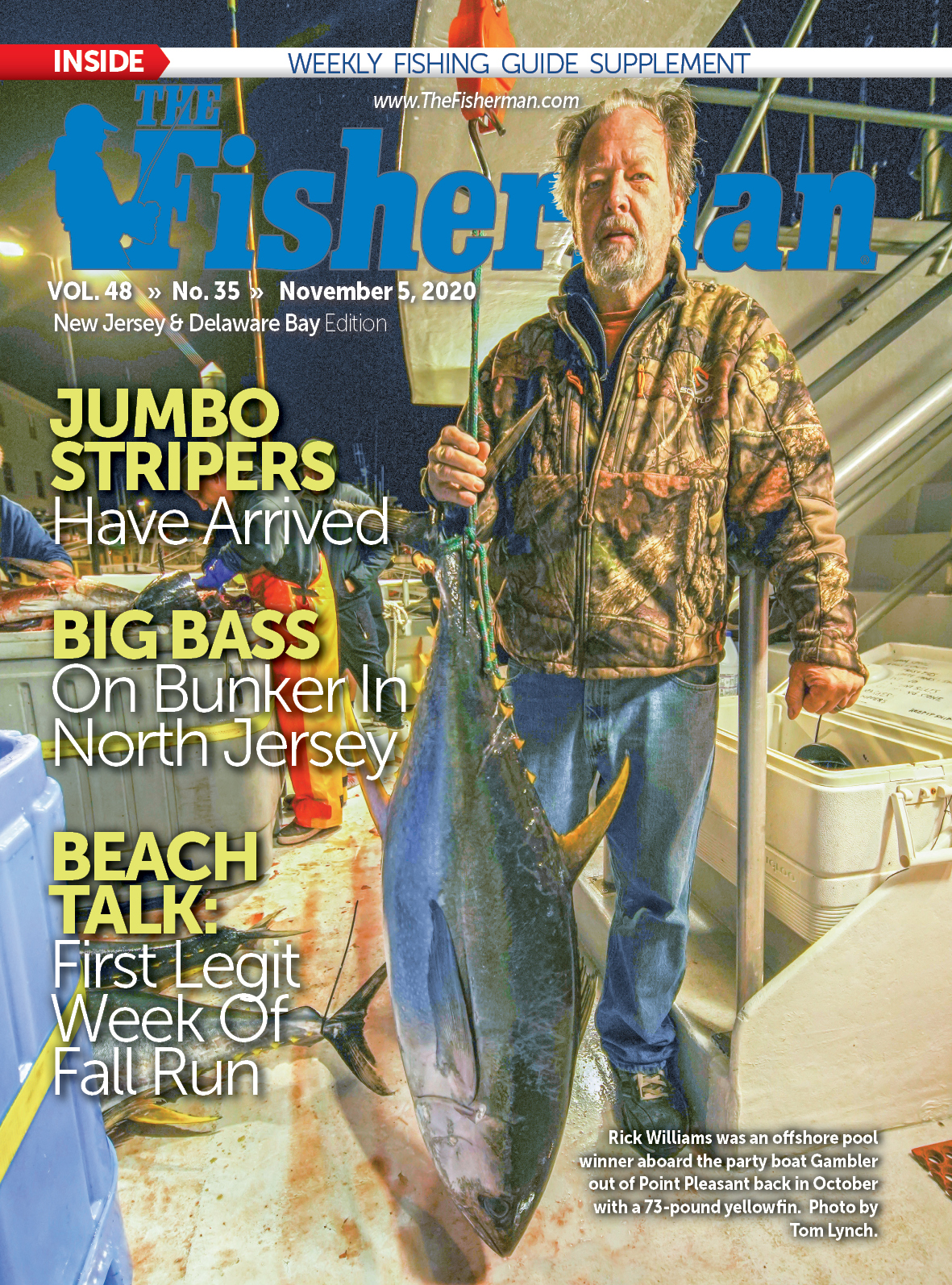