During the summer months, I enjoy drifting the flats looking for life that may include fluke, stripers, and bluefish. In the past few weeks, I’ve noticed the influx of blue claw crabs in the skinny water, which was a sign that it was time to start throwing my crab traps in and getting the nets out.

Blue claws are native to the waters of the western Atlantic Ocean and the Gulf of Mexico and have been introduced internationally. As some of you would also have guessed, it is the Maryland state crustacean and the state’s largest commercial fishery, representing the overall significance of the crustacean. They’re also of considerable culinary and economic importance, particularly in Louisiana, the Carolinas, Delaware, and New Jersey. The crab still plays a role in New York—both commercially and recreationally.

Being that it’s August, it’s the unofficial crab season for reactional anglers, and as I mentioned before, the blue claws have started making a showing in the bays and around the piers. And from what I’ve gathered from doing the reports every week, the crabbing season has started off strong. The usual South Shore spots have been producing according to tackle shops, and from first-hand observations at my local dock and going crabbing myself, I can tell you plenty of nice-sized blue claws are around to be caught. Even after speaking with Mark from Cow Harbor Bait and Tackle in Northport, he mentioned the crabbing up his was on the North Shore has been excellent too—the best in years.

Most of you all reading this would be crabbing recreationally, so you need to know a few things. The first and one of the most essential and also common a misconception when it comes to crabbing is no marine registry is needed to crab New York State waters. This means anyone, resident or non-resident, can go crabbing, which is excellent if you have out-of-state family in town or if you want to take that one friend crabbing that usually wouldn’t otherwise.

As far as retaining crabs to bring home for dinner goes, regulations do exist for them. First and foremost, remember take or possession of egg-bearing crabs is prohibited. The reasoning is that these females bearing eggs are essentially the fishery’s future. Taking these crabs could hinder future crabbing and make for lousy spawning classes down the line. Size limits are also in effect for crabs. They must measure at least 4-1/2 inches from point to point horizontally across the shell.

You can either use a crab net or a pot for crabbing. If you decide to set pots, you should know the following.

An escape panel that’s at least 6 by 4 inches in length and height.

Terrapin Excluder Devices (TEDs) that are fastened inside each funnel entrance of the crab pot to reduce the size of the funnel opening to no larger than 4-3/4-inch by 1-3/4-inch. These must be used in pots set in rivers, tributaries, creeks, and canals on the south shore and bays and harbors on the north shore.

This is one of the best times of the year to catch crabs. They’re big and abundant right now, and crabbing is a wholesome family activity as well. Go to your local tackle shop, pick up some nets and traps, and head to your local dock to catch these tasty summer treats. 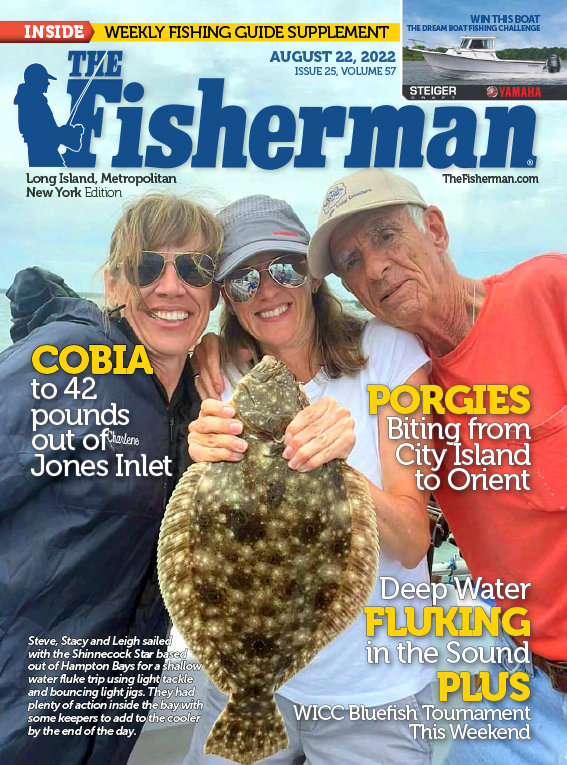