Despite being surrounded by saltwater and a diverse marine fishery, many anglers who focus the majority of their effort on the salt, also spend time patrolling Long Island’s lakes and ponds, and there are those who unabashedly prefer sweetwater over the salty side. Those who grew up on the Island likely spent their early years not only catching snappers from local docks, but also sunfish, yellow perch, largemouth bass and trout from nearby ponds. As a youngster, I spent countless days probing places like Brookwood Hall (Knapps Lake), Bubbles Falls and Rattlesnake Creek, Sagtikos Pond (West Pond), Argyle Lake and Belmont Lake. All of the lakes and ponds mentioned hosted healthy populations of largemouth bass, sunfish and yellow perch. Some also featured pickerel which grew to impressive sizes.

Unfortunately, the Island’s booming population has taken a toll on these warm water fisheries. Some bodies of water border on being fished out, and at least one, West Pond in Great River, has fallen prey to a group of well intentioned, but misguided “conservationists” who have made converting that body of water, which has been damned for well over 100 years, to a free flowing stream. But, that’s a topic for another day and one we’ve dedicated considerable editorial to the past couple of years. Every time I drive past it on Sunrise Highway, my blood boils at the loss of what was one of the few good warm water fisheries with public access for state residents on the Island. It is one more reason why the Department of Conservation (DEC) needs to do more to improve and protect the freshwater fishing on Long Island.

Unlike upstate, our waters are small, relatively shallow with a few exceptions, and not able to sustain the fishing pressure placed upon them. DEC did the right thing years ago when they instituted catch and release only for largemouth bass in Nassau County. That’s a policy that should be extended to all of Long Island, and is long overdue. I’ve watched as two lakes near my home went from producing solid action with quality largemouths to a very occasional small fish. Other “anglers” keeping three and four bass to 4 and 5 pounds proved to be the downfall for both bodies of water.

On the positive side, DEC did release a statewide draft Sunfish and Crappie Management Plan for public review and comment that included reducing the sunfish statewide daily harvest limit from 50 to 25 fish; increasing the crappie statewide minimum size limit from nine to 10 inches; implementing an eight-inch minimum size limit and a daily harvest limit of 15 sunfish in some waters, including Blydenburgh Lake (the only Long Island water) and implement a 12-inch minimum size limit and a daily harvest limit of 10 for crappie in some upstate waters. The plan also calls for evaluating the impacts of these regulation changes on sunfish and crappie populations. While it is a step in the right direction, it misses its mark here in Region 1 (Long Island). Twenty five sunfish from our small waters is still overharvesting. If 15 fish is good for Blydenburgh, it should be good for all of our lakes and ponds. It would also be nice to see some small scale effort at stocking bass in some of these waters to improve the quality of the fishing experience.

Bill Muller, in responding to requests for comments on the plan, noted that “In spite of the fact that our ponds are small, there is no stunting because our ponds are so eutrophic. Since there are so many different types of available forage, including each other, stunting has not and will not occur. We don’t need to cull out fish.” He also raised the issue of pollution in many of these waters which “are generally surrounded by houses, farms, factories, office buildings, and of course roadways. We should not be encouraging people to keep and eat fish from these waters.” He also felt that lack of enforcement is a key issue since no management policy can work if regulations are not being enforced. He summed up his comments with, “I believe Long Island ponds should be catch and release for every fish species and DEC should change the attitude from harvest to fun. Our ponds are a great place for youngsters to have fun and become involved in fishing, but if poaching continues at current levels there won’t be enough action to keep most kids involved.” 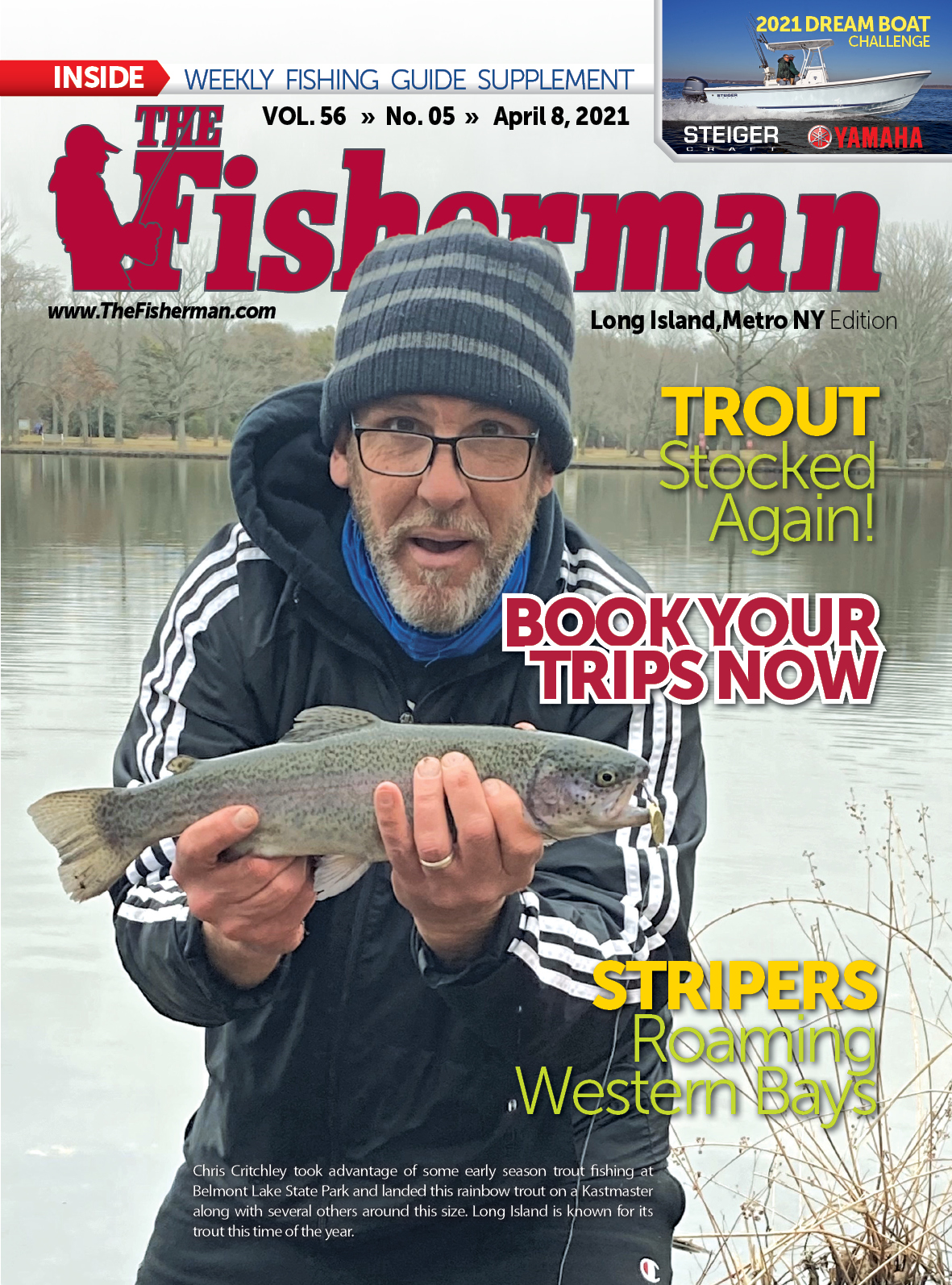