There was a time when I didn’t have to move around too much. Striper stocks were much healthier, and we used to find fish just about everywhere we fished. Some of the spots closer home have stayed really good, others have died off. But one thing that has started to creep in over the last five or so years is crowding. I refuse to fish in a crowded spot, it’s just not worth the time and aggravation. I feel like the common courtesy anglers used to show one another has completely gone out the window. For me it’s a sense of pride, if someone is on my spot, it’s game over, I lose the game. I won’t lower myself to the level of crowding that person—to me that says that I don’t have a backup plan and that’s an embarrassing message to send. I’d rather not fish at all that night!

So I am always trying to stay one or two steps ahead of the crowds, I put a good amount of time each season into new spots. It’s not easy. The possibilities seem endless and I narrow them down to a few that I feel have the highest probability, but it’s really hard to decide to go somewhere new when the fishing is good. Conversely, it’s not exactly wise to fish a new spot when the fishing is not good. So you can understand the conundrum.

I reconcile all this by reminding myself just how much satisfaction I get out of finding a new spot that produces fish. There seems to be a growing misconception among today’s anglers that ‘if you haven’t heard of the spot, it’s probably not good.’ That thought process borders on insanity. Every year I find at least one new spot that gives up numbers of fish, at least during one segment of the season. These places don’t have names, they don’t have crowds, but they have fish.

I stepped out onto the limb with a new spot just the other night. I’ll admit that I wasn’t as prepared for this trip as I typically want to be, but I had the time and the inclination so I went. The prep that was lacking was daytime scouting. I had my eye on a parking spot, but it required a hike of just under a mile through a pretty congested neighborhood. That’s always a risk. I used Google Earth to find a public parking area nearby and hiked the streets to get there.

The chart showed that this place was pretty shallow, except for a deep gully that was well beyond casting range, I figured that fish might hold in the gully in the daytime and then make passes inshore at night. Because the area was mostly shallow, I would have preferred to fish it around high water, but I had to make that first trip around low, so that I could get a full understanding of what was there.

The recon trip paid off in the fact that I learned where there was a deeper depression leading away from the shore and in the direction of the gully. I also learned that they were was a big hump that paralleled the shore for a long stretch and, even at high water, that area would only be four feet deep and was relatively featureless, except a few random boulders. I also found that there was a decent amount of current on the incoming tide, something I’ve come to expect from west-facing shorelines.

That’s where the positives ended, because I didn’t get a single hit during that trip. But I do believe this place has big fish potential, with my main area of focus being that deeper, gravelly dip. On my return hike, I also found parking a scant 100 yards from the fishing spot. Overall it was a very successful trip, despite the lack of fish.

I think part of the surfcasting mindset is learning the many definitions of surfcasting success. 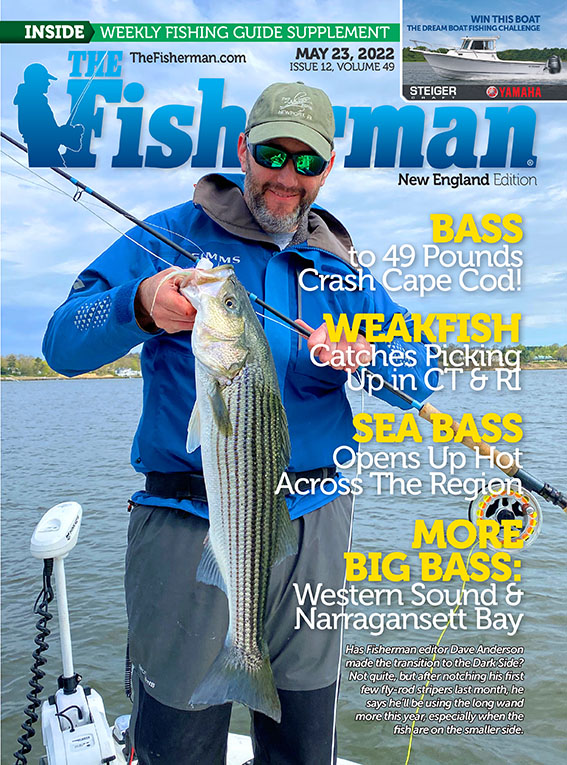