I have made it pretty clear over the past few years that I have become disillusioned with the Canal. The crowds and the attitudes and the videos of altercations have really turned me off. Call me what you want, but I go into every fishing trip with the expectation of enjoying myself and part of that is maintaining a level of mutual respect between myself and the people fishing nearby. The Canal used to operate under a tablet of unwritten rules; but sadly, these rules haven’t taken root with the newer classes of Canal anglers. And it started to affect my ability to enjoy myself when fishing there.

Yesterday evening I took a ride to the Canal with my wife and daughter, I left the rod at home. We parked at the run and walked to the Cribbin’ I was there to shoot a photo for an article that you may have read in the August edition of this magazine. The tide was just about topped out and there were only a small handful of anglers visible in either direction. As I walked along the road, watching my daughter turn cartwheels, pointing out blue herons, spotting a seal wallowing in a rip. I breathed in a remnant breath of my past, stilling hanging in the salt air, right there at pole 205 where I spent just about every breaking tide between 2005 and 2013.

It was almost as if my life flashed before my eyes. So many big hits, so many nice fish, so many crushing defeats, so many familiar faces clicking by on bicycles…. the friendly hellos, the 4 a.m. texts from friends settling in before the bite fired up. There must be some artifact of me wedged into the rocky crevices there. Something only I would know. Something I will never find.

I realized that I had a story for almost every step we took. Everything… from high-five catches, to great conversations, to hysterical laughter, to the 35-pounder that helped me realize I had Lyme Disease, to helping a guy get a treble out of his hand, to the day I broke two rods, to conversations with friends who are no longer with us, to riding out thunderstorms, to wild daytime blitzes. I can’t blame the Canal for my disillusionment, I have to look at myself. The Canal has changed, that’s undeniable, but I haven’t been willing to change with it and that’s the real crime being committed here.

A strange calm came over me, I did my best to hide this mini wave of stoic emotion from my wife and daughter. When I looked at the water and shorelines and the Sagamore Bridge framing the scene, I saw the thousands of sunrises and the millions of breaking fish I’ve observed in 24 years fishing there. Almost like an intervention, or perhaps an exorcism, I felt myself let it go.

I was never a “Canal-only” fisherman, but the rhythms of those breaking tides were the heartbeat of my summers. I’ve brushed off dozens of good tides and big hits because I felt that it wasn’t worth the headache. And now I wonder if that was a mistake.

It might take a while for me to fully integrate back into the Canal lifestyle, I can’t say for sure if I will ever come back to rapid rhythms of my past. But I think you’ll see me a few times through the end of this season. Great friends only come along a few times in your lifetime—and to me, the spirit of the Canal, feels like family. 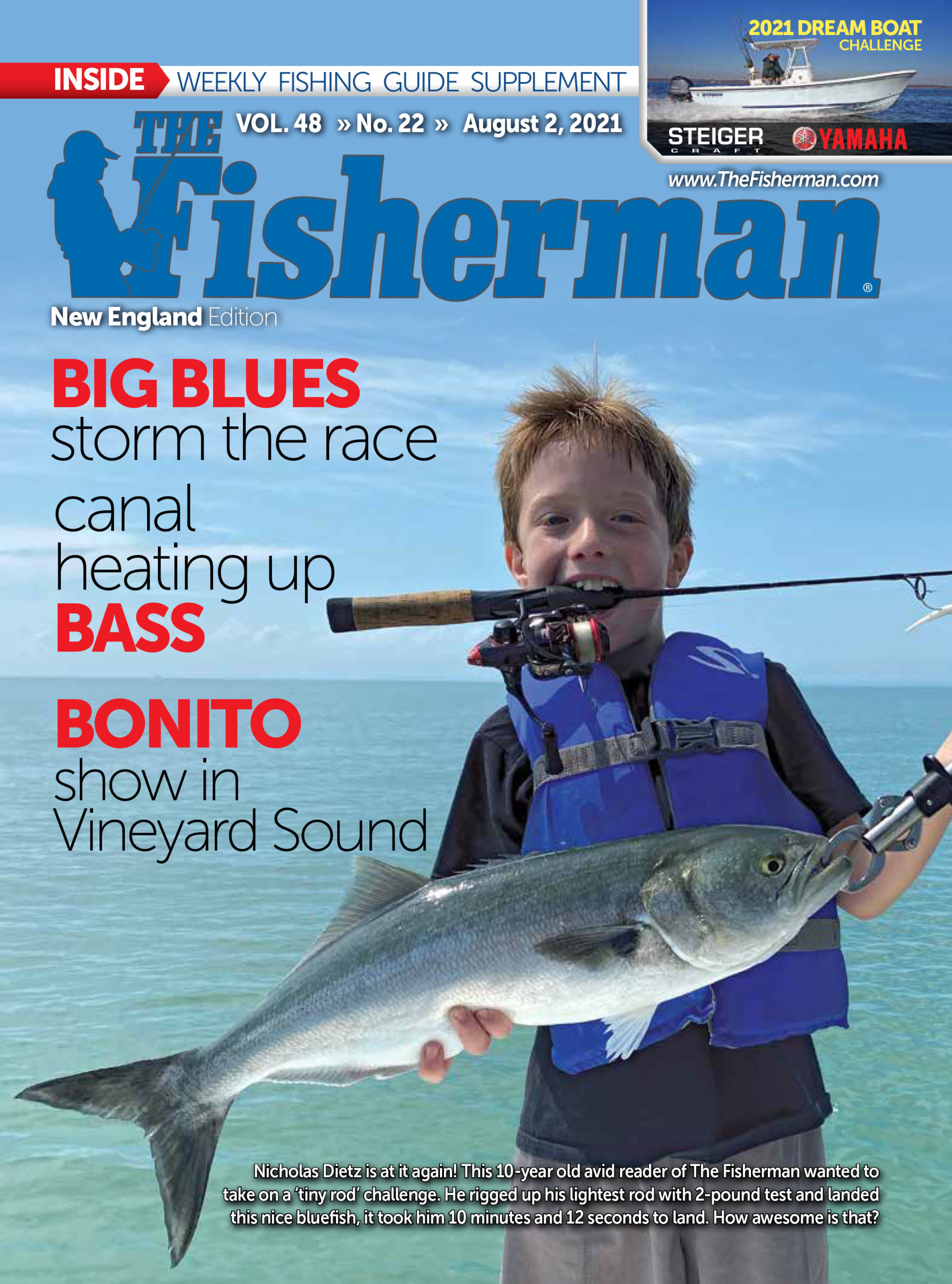