As a fellow member of Great South Bay Anglers Club, I was blessed to know Bruce for many years. He was an innovative angler and the creator of Blue Frog Bucktails who believed strongly in the need to conserve and protect out marine resources, especially striped bass. Our deepest sympathy goes out to his family and friends. John Schauer was a longtime friend of his and they spent many hours tossing bucktails to stripers and fluke from Fire Island to Montauk. The following tribute was written by John.

How can you forget a guy like Bruce, one extremely good fisherman in a boat. When you fished with him you used nothing but bucktails and that was it, and we fished together for at least 12 years. When I moved to Florida in 2004, I remember that Bruce was experimenting with plastic and spinner baits for fluke. Bruce manufactured Blue Frog Bucktails and we used them to catch our favorite fish – fluke and stripers. We fished the Great South Bay in my Whaler, Moriches in his tin and Montauk in his 21 foot Pro Line walk around. During those years we caught lots of fish, going outside Moriches to 70 feet in his tin boat and catching fluke on light tackle and running the inlet coming back.

Bruce really loved Montauk. We spent many nights fishing Shagwong at the start of the out, and dropping down to North Bar, Jones Reef and finally Pollack Rip. There were occasions where we would talk to Joe Bragan on one of the outer rocks. If possible we would go around and fish Browns or Caswells, and some nights down to Frisbees casting bucktails. Bruce would ostracize you if you brought any other plug or lures, he would bust your chops to no end. He would get so pissed off if blues, known as psychopaths on his boat, chopped up his bucktails.

Looking back, I have to say that I have never been with anyone (except Bob Smith in Cuttyhunk) who could handle a boat as well as he could, and we had quite a few hairy nights in Montauk. One trip stands out in my mind. There was Bruce, his good friend Warren and myself. We trailered to Montauk and the flag in Amagansett was limp. Bruce said “you can never trust the weatherman, they all lie.” We were aware there had been a hurricane offshore a couple of days before. We launched the boat, went out the inlet and right away got the crap beat out of us. We could not fish Shagwong because of a tide against sea situation – it was really standing up. We beat our way down to North Bar, where the seas were breaking on the bar 500 feet offshore – unbelievable! Bruce came out with the statement of the night. “Well let’s fish!” I looked at Warren and he looked at me! It would have been funny but I think we both had lumps in our throat and something in our pants. You couldn’t stand to cast, so we fished on our knees and just dropped the jigs, bounced them once and hung on. We did a job on fish to twenty pounds and Bruce got one that went thirty. Even as the tide slowed a bit it was still insanity to be there, but Bruce seemed to revel in it. Finally he looked at us and said “you guys had enough?” (The second great statement of the night.) “Let’s go back to Shagwong now.” I thought, oh crap, more of this! Anyway, Shagwong was alive with fish and I had what I think was the largest fish I have ever had on his boat. The fish ran me off and straightened out a 7/0. Bruce kidded me for years by calling me Captain Hook after that.

After moving I still was in contact with him, but unfortunately Bruce spent the last few years in a home because his heart was so weak. We would still swap stories and he would get all pumped up when I’d tell him I was still primarily using Blue Frogs to catch reds, snook and tarpon on them.

His passing leaves a hole in my heart – damn, I do miss him already. Memories will now have to take his place. Hopefully he is catching nothing but 50s, with no psychopaths to chew up those Blue Frog Bucktails. God Bless you Bruce! 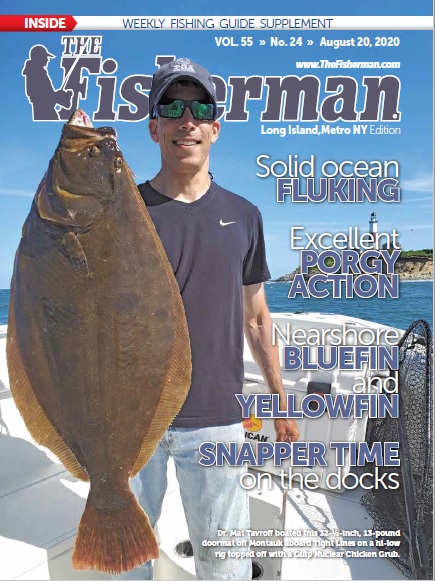