Like you, I have a bookcase full of fishing titles at home, some I’ve read cover-to-cover, others I peruse in brief sittings or when searching for specific information.  One such book first published in 2000 by the Lyons Press is titled The Greatest Fishing Stories Ever Told, in which editor Lamar Underwood shares a collection of his 28 favorite fishing tales.  I’ve permanently dog-eared the first essay of the book, The Song of the Angler by noted fishing author AJ McClane.  You may have another McClane title in your own library, the quintessential McClane’s New Standard Fishing Encyclopedia.  Yeah, McClane is probably to fishing what Betty Crocker is to cooking.

In The Song of the Angler, McClane writes of “tidal marks in our development” as sportsmen. “In the beginning, when one is very young and inexperienced, fish are measured in quantity. Then, only quality becomes important. Eventually even record fish lose their significance unless they are of a particular species, and ultimately the size doesn’t matter provided they are difficult to catch.”

What I believe McClane was saying is that as younger anglers we tend to focus more on the actual kill, learning only through experience to appreciate the hunt itself.  I remember learning to hunt in Southern Ocean County as a kid with my sporting mentor, Hutch, Sr.  What my father and I killed together, from bluefish to black ducks, were brought back to the table and consumed.  I shot one American brant in my lifetime, and after forcing down the final forkfuls while dad smiled mischievously at the head of the table, I swore I’d never raise a sight to that foul tasting fowl again.

I’ve mentioned McClane’s words in The Fisherman before, and just recently I revisited the theme of “tidal marks in our development” when interviewing 20-year-old Jake Kline.  On July 30, Jake and his buddies speared a 45-pound tarpon while free-diving the rocks along Barnegat’s south jetty.  After placing the big silver king in a fish bag packed with ice, the young spearfishermen weighed their catch at Fisherman’s Headquarters in Ship Bottom before returning to the north end of the LBI where they eventually smoked and ate their fish.

I’d be shocked if this is the first you’ve heard of this rather significant catch; the social media backlash was swift and savage.  First came the shared images from Florida Fish and Wildlife about the tarpon restrictions in coastal waters there.  Of course, New Jersey coastal waters are managed differently, and since there are no federal restrictions on tarpon and no fishery management plan, there is no regulation on keeping tarpon in New Jersey, by spear or by rod and reel.

The second wave of attack against these young fishermen had to do with what became of the tarpon after the weigh-in, with most assuming it must’ve ended up in a dumpster.  Of course, they say it’s unwise to assume!  So rather than joining the Facebook judge and jury, I decided to track down the 20-year-old to ask the obvious question as to why he killed that tarpon (besides just putting it on the smoker).

Jake was cleaning up a pile of tuna at Van’s Boats in Barnegat Light when I met up with him and turned on my video camera.  So what did Jake say?  Well, I’d encourage you to go to The Fisherman’s YouTube page for this 8-1/2-minute piece (Meet The NJ Fisherman Who Spearfished a Tarpon at Barnegat Inlet on July 30, 2021).  Suffice to say, listening to Jake talk about this fish of a lifetime, I couldn’t help but think of McClane’s essay and my last bite of brant as a teenager.

It also reminded me of how far back in the rearview mirror my 20s are at this point in my own tidal marks.  As with social media, some things are just easier said than done. 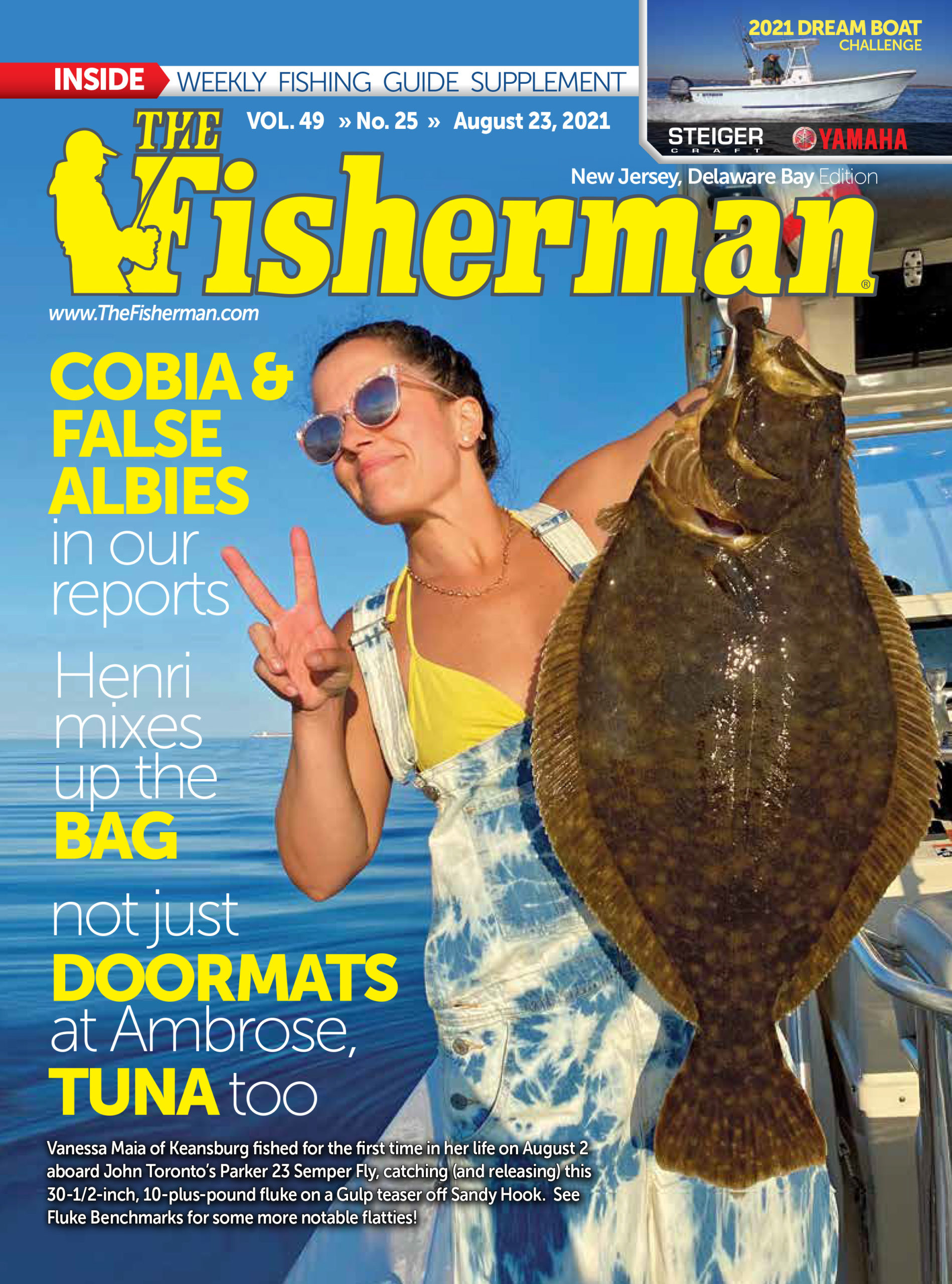