As of Memorial Day weekend, entry to all New Jersey state parks, forests, and recreation areas is free of charge, as the governor announced that he was waiving all entrance fees this summer at more than 50 sites covering over 450,000 acres of state lands.

“The bold steps we have taken toward a more affordable Garden State will ensure access to our state parks for everyone, residents and visitors alike,” Gov. Phil Murphy said in an announcement leading up to the holiday weekend. “While incentivizing tourism and economic activity in our local communities, the fee holiday also promotes access to green, open space; thriving waterways; and the many natural wonders that make us proud to call New Jersey our home,” the governor added.

According to the DEP, those who purchased a 2022 State Park Pass will get a full refund.  No, this does not apply to Mobile Sport Fishing Vehicle (MSFV) permits or other park fees like camping, entry to historic buildings, or interpretive programs.  Suffice to say, quite a few MSFV permit holders are feeling a bit slighted.  In fact, a few folks I spoke with are generally perplexed as to where the cash came from to allow state income from park entry fees to simply disappear.  In a nut shell, this “fee holiday” comes as a result of record tax revenues over the past two years leading to a $4.6 billion state budget surplus.  Thus, when Gov. Murphy unveiled his proposed $48.9 billion state budget earlier this year, he vowed to make the state more affordable (ostensibly by giving tax dollars away).

In fairness, Gov. Murphy has also proposed cutting other fees like the cost for a driver’s license renewal, marriage license, and some licenses for certain health care professionals.  There’s also talk of tax rebates for both renters and homeowners, but that’s up to the governor and state legislators to negotiate into the final state budget due to have been finalized on June 30.

Among the state parks offering free entry this summer is Washington Crossing State Park where George Washington crossed the Delaware in 1776; it’s also where local activists are pleading for additional funding to maintain this historically important site.  “Everyone’s all about open space these days and the environment, and yet we have these beautiful acres of land and they’re in total disrepair,” noted Sylvia Kocses in a recent article at the New Jersey Monitor about a $500-million backlog of capital projects for state parks.

John Cecil, DEP’s assistant commissioner for state parks, forests, and historic sites, told the New Jersey Monitor that he’s “keenly aware” of the unfunded backlog at both Washington Crossing State Park and other state parks. “We are trying aggressively to address it while recognizing we have a network of parks across the state on 450,000 acres of land that is being challenged by climate change and by greater visitation during this global pandemic,” Cecil was quoted as saying.

It sure sounds wonderful that New Jersey state parks are free from admission this summer.  But scratch the surface a bit and you’ll find that surplus tax dollars are being used to foot the bill while ongoing maintenance projects and staffing needs are already being shortchanged by a continually backlogged government bureaucracy (see our July edition News Briefs for more).

As assistant commissioner Cecil noted, our state parks are already being challenged by “greater visitation” – so why not keep collecting the cover charge at the state parks to help pay for staffing and upkeep?  You know, like you’ve done with the fishermen and the taxpayers! 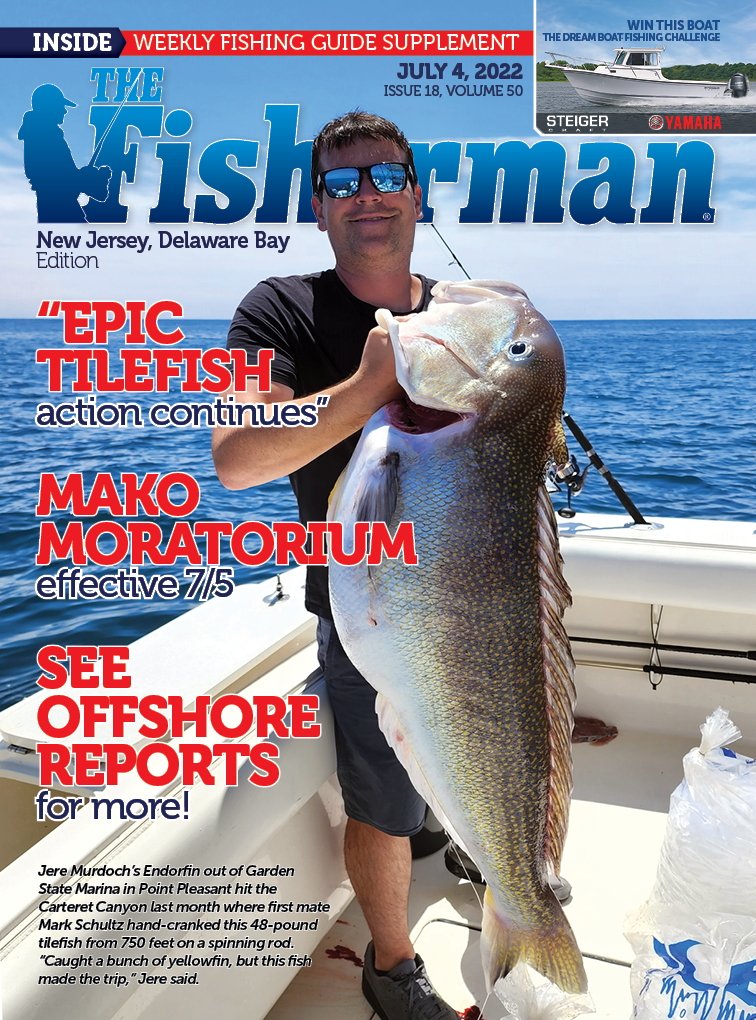