New Jersey largemouth bass history was made 42 years ago this week when Bob Eisele casted a 1/8-ounce leadhead with a yellow Mister Twister along Menantico Sand Wash Pond in Cumberland County and hooked up with a monster 10-pound, 14-ounce state-record bass.  Caught on June 7, 1980, Eisele’s lunker stands today as the benchmark for freshwater greatness in the Garden State four decades later.

Regrettably, there will be no record anniversary celebration at Menantico this week, nor will lightning strike twice at the largest of these sand-mined pits come Tuesday, as the Murphy administration has closed areas inside the Menantico Wildlife Management Area (WMA) along with four others because – well, because when dealing with a few bad apples it’s just easier for bureaucrats to cut down the whole tree.

In a New Jersey Department of Environmental Protection (DEP) press office email blast on May 10, the Murphy administration announced the summer closure of six set-aside areas inside five WMAs including Cedar Lake, Greenwood Forest, Wildcat Ridge, Winslow and the Menantico Ponds.  “In order to protect public safety and natural resources, New Jersey DEP Fish and Wildlife will again close a total of six small areas within five Wildlife Management Areas in New Jersey,” the release stated.   These summer closures will curtail public access through September 5, because as the DEP press release stated, “These areas have attracted large crowds and unauthorized activities – including swimming and off-road vehicle use – creating an unsafe environment.”

Administered by the New Jersey Division of Fish and Wildlife (Division) and managed by the Division’s Bureau of Land Management for fish and wildlife habitat, WMAs are protected areas of the Garden State set aside for wildlife conservation and recreational activities involving wildlife, like hunting and fishing.  Or as Division wildlife education specialist Paul Tarlowe noted in 2016 at the Division’s website, “Purchased with funds from the sale of hunting and fishing licenses, state waterfowl stamps and through the Green Acres Program, the Wildlife Management Area System encompassed more than 348,000 acres in 122 areas acres statewide by December, 2016.”

That’s nearly 544 miles of wildlife area conserved in the state of New Jersey for the public’s responsible enjoyment of nature, funded on the backs of hunters and anglers.  “Activities other than hunting and fishing can also be pursued on management areas,” Tarlowe said, adding “Birders will find habitats from wetlands to mountain ridges to seek out species for their life-lists. Nature photographers and wildlife viewers also benefit from this diversity. Cross country skiers will find many woods roads suitable for exploration, as will hikers and mountain bikers.”

“NJDEP Fish and Wildlife regrets having to close these areas and understands the frustration of law-abiding users of the Wildlife Management Area system,” the release stated, explaining that “Illegal activities at these locations have created unsafe situations for the public, and public safety is the utmost importance to Fish and Wildlife Conservation Police Officers and staff.”

I’ve been railing against the Murphy administration for months now, to the point where some folks who are apparently quite fond of the governor’s non-fishing related management decisions have sent a few testy emails my way.  I would remind you, I only do fishing here at The Fisherman, and I don’t care about partisan politics; so please don’t take any of this as a personal attack on your personal values.  But professionally speaking, every governor in New Jersey that I’ve covered since 2002 has hosted an annual writer’s workshop for the hunting and fishing media to address questions, comments and concerns directly with the outdoor community; that was until the Murphy administration suspended this traditional gathering after just six months in office, insulating himself and his hierarchy from us lowly “hecklers” of the hunting/fishing media.

So, as the old Navy saying goes, “the beatings will continue until morale improves.” 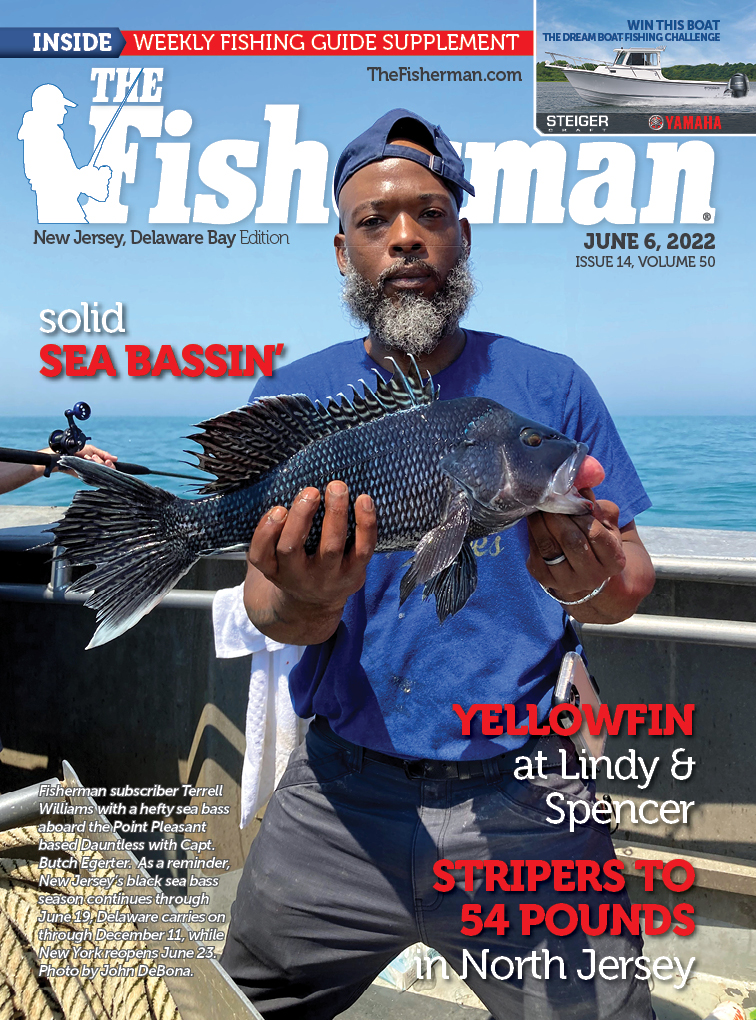