“We have decided not to close the Federal recreational scup fishery as proposed on April 18, 2022.”  That’s the official sentence that matters under the final rule published by NOAA Fisheries on June 9 regarding the recreational management measures for scup this season.

As first posted by The Fisherman Magazine in early May, NOAA Fisheries had announced on April 18 that the recent decision by the Mid-Atlantic Fishery Management Council (Council) and Atlantic States Marine Fisheries (Commission) to increase the size limit of porgy (scup) coastwide by 1-inch would not be enough in federal waters to meet the required reduction in recreational harvest levels (RHL) for 2022.

Because the action proposed by the Council and Commission would not sufficiently reduce scup harvest as required by the fishery management plan, NOAA Fisheries was considering a federal closure on recreational porgy fishing which would’ve applied to all recreational vessels fishing in federal waters (outside of 3 miles) and all federally permitted for-hire vessels fishing in either state or Federal waters.

“In part due to our consideration of these comments, we have decided not to close the Federal recreational scup fishery and instead implement a 1-inch (2.54-cm) minimum size increase,” NOAA Fisheries state. The agency also explained that porgies are difficult to avoid when fishing for other popular recreational targets such as black sea bass, and if it had been illegal to retain porgies in Federal waters the discards on those trips would have increased substantially, further limiting the reduction in porgy harvest by way of increased mortality.

“Our rationale for implementing the size limit increase and not the Federal closure, is based, in part, on the objectives of the Magnuson-Stevens Act. Per the National Standards, management actions need to prevent overfishing while minimizing social and economic impacts, considering equity, and minimizing discards, among other factors,” NOAA Fisheries stated in the final rule, adding “Additionally, we considered ongoing actions by the Council and Commission to address the factors that are considered for recreational regulations.”

In their final rule, NOAA Fisheries also acknowledged the ongoing work by the Council and Commission to move forward with the Harvest Control Rule Framework Adjustment/Addendum which was ultimately approved the very same week that the federal porgy decision was finalized.  According to NOAA Fisheries, all Harvest Control Rule alternatives considered by the Council and Commission place a greater emphasis on factors such as stock size and trends, fishing mortality, and recruitment, while relying less heavily on the Marine Recreational Information Program (MRIP) estimates to determine if and how recreational management measures should be changed.

“We agree that the current process for setting recreational management measures can be improved,” NOAA Fisheries stated in the final rule, vowing to continue working with Council and Commission members on the Harvest Control Rule Framework. 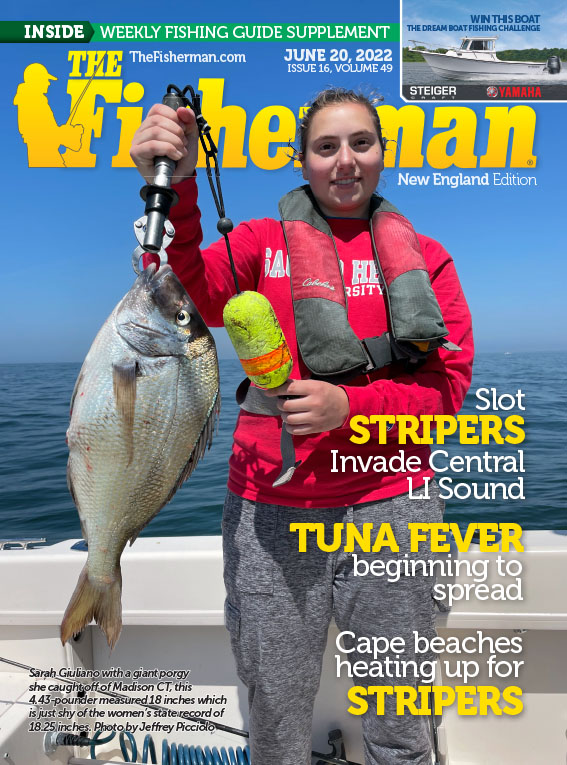