A bright full moon hung low in the November night sky, adding its own reflection to the water’s surface amongst those of lakeside homes. There was a significant chill in the air and indeed in the water too, which seemed to be dropping a degree a day at that point. Though that left the exciting early fall fishing behind, this angler knew the falling water temperature along with a heavy rain the day before would spur new excitement.

Though our Northeast region may not be known for its walleye fishery, many areas are smattered with isolated stillwater fisheries, largely supported by stocking efforts, many of which are very under-utilized. As I walked along my path with a 5-weight fly rod in hand, heading to a spot where there was only really one place to stand on the bank, I had no concern that my spot would already be occupied.

As few people target walleye in the Northeast, even fewer use a fly rod as their weapon of choice. But in the late season, when cooling water temperatures and occasional freshwater influxes draw these mysterious fish into the shallows, light tackle and subtle tactics excel. Flies are perhaps the lightest and subtlest of all. Walleye love to eat flies. The conditions on this November night seemed prime, with a water temperature around 50 degrees and good flow coming into the lake from the various streams that feed it. Oxygen content is often still on the low side in the fall, so influxes of cleaner, cooler, and more oxygen rich water from streams tend to draw walleye in. Ideally it would still be raining and dark, but the front had cleared before nightfall. I knew the fish would be there but they might be on the spooky side.

My arsenal was a simple one, a small fly box full of woolly buggers in four colors and a couple sizes and weights. There were rows of white, chartreuse, yellow, and olive. Some head brass beads, some tungsten, and some no bead or weight at all. The water in front of me was steeply contoured. A gentle current came off a rock bar, dropping from 1 to 6 feet very quickly. The walleye could be anywhere on this contour change, even the shallowest part; hence the differently weighted flies. I’d start on top of the bar with an unweighted chartreuse bugger, and then change to brass then tungsten to fan the drop off then the adjacent deep water. If that didn’t work, I’d repeat the process with a different color. It was rarely necessary to change color though. Walleye love chartreuse.

There wasn’t anything to speak of on top of the rock bar, but a short time after switching to a brass beaded fly I felt a vague sense of tension on the fly line. I lifted the rod and it bent under the weight of the fish. Walleye fight with slow authority. Using light line and small flies as I was, it’s key to maintain pressure but not horse the fish either. Their subtle takes often lead to skin-hooked fish, and to much force combined with their propensity for large, sweeping head shakes often lead to pulled hooks.

The long, slow action of the 9-foot fly rod adds the benefit of shock protection. Though the fight walleye give is frequently hated on – frequently compared to that of a wet sock – I’ve found it quite enjoyable. The fish I was tied to this time gave a serious of short but powerful runs. Especially when they’re hooked in less than 2 feet of water it isn’t out of the question to get some minor acrobatics out of a hot walleye. With tackle correctly tapered walleye pull plenty well enough.

When the fish eventually gave up and rolled in the shallows, I could see that it was quite a nice one. At about 25 inches this walleye was safe from the frying pan, at least at my hand, but a photo worthy fish. Had it been in the 18- to 22-inch range the fish likely would have found its way into the cooler. Nobody is likely to downplay the flavor of walleye. They’re well regarded in that aspect.

Whether casting small streamers to them from shore on cold late fall and early winter nights will ever catch on I do not know, but sure can make for an enjoyable evening. 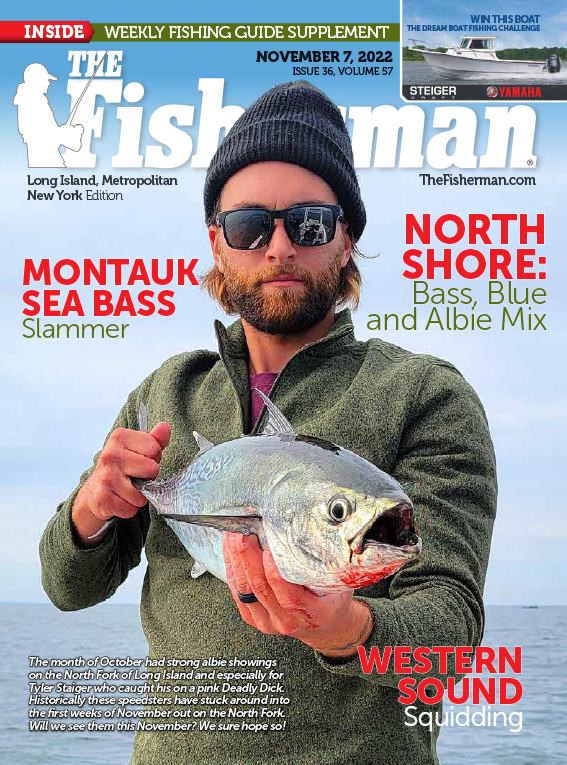 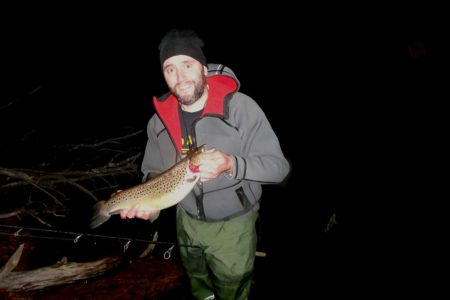