Productive fishing for largemouth and smallmouth bass during the magic hour is less about temperature than diminished light. Many anglers score on topwaters with temperatures hovering in the 90s, and some of us notice dim light at day’s end while ice fishing is best. The water doesn’t get any warmer then.

Don’t bother much about temperature, unless it’s uncomfortable for you. Think instead of the sight advantage bass have over prey when light gets low. Plenty of research on bass caters to widespread interest in them. Will Ryan, a writing instructor at Hampshire College who is associated with Gray’s Sporting Journal and privy to inquiry, writes best about this edge bass have over forage. As a student at Hampshire during 1985, I once fished with Ryan, finding him actively curious and acutely observant.

By what he’s gathered, broad daylight means forage fish can see bass better than bass can see them, but in dim light the situation reverses. Keep in mind, though, that bass do feed all day during summer. They must with metabolism in high gear. To catch them, consider what they feed on and how. I’ve often written about the effectiveness of unweighted plastic worms even during the middle of hot summer afternoons. The productiveness is due to relative ease bass exercise while picking off easy tidbits like leeches, nematodes, and a whole host of summer insects, though they will eat forage fish by ambushing them from the cover of weeds, rocks, woody structures, and from depth. From such shady vantages, bass see forage fish far better than the forage can see them.

A difference does exist, however, between forage behavior during the middle of the day and when darkness falls. According to Ryan, as a survival mechanism they disperse and freeze as light gets low. Bass cruise near bottom looking up, then rush upwards to a target. It’s the ideal time for topwater plugging. Ryan observes that a plug needs to be moved little to tempt a strike, since bass expect prey to stay still. But during the day, bass see forage on the move from their ambush points in relative darkness. They’re not as easy to grab. So which would you prefer if your metabolism raced and you needed to conserve calories? An easy morsel, or something to chase down, burning those calories? All the more reason for a bass to eat as many forage fish as it can, but only when advantaged.

The summer smorgasbord filling out the bass diet comes in an array of color, and cooler months mean plenty of variety, too, but I used to not pay much attention to the colors of my lures, basically offering dark lures on dark days, and vice versa. I’ve thought more about it since then. Research does concur that because bass eyes have both cones and rods, they see colors, but by the use of only two cones. Since one is for red, the other for green, the admixtures of colors visible is limited compared to human eyes with three cones: red, green, and blue. Keep in mind, also, that red isn’t visible in darkness. And a number of articles I’ve read point out that chartreuse is white to bass in any visible light. Just the same, blue is black or dark grey.

Also, like us, day and night bass have binocular vision in front. They can also see throughout a 180-degree span, but to the sides, their one-eyed vision loses depth perception, although they are acutely aware of motion. And they can look up and see—through clear water—a lure cast their way. This accounts for it getting smashed as soon as it hits that water. It doesn’t happen often, but it’s thrilling when it does.

If you’ve ever sight-cast, you’re probably familiar with how bass cruise up quickly to an offering and then stall between a foot and 5 inches in front. Anything interesting them as food is most visible within that short binocular scope. Within a few seconds, a bass chooses to punch forward and engulf the bait or dismiss it. At least on some occasions, color does decide whether or not a bass takes, so if you get clued in to bass refusing what you pitch, try a different hue. 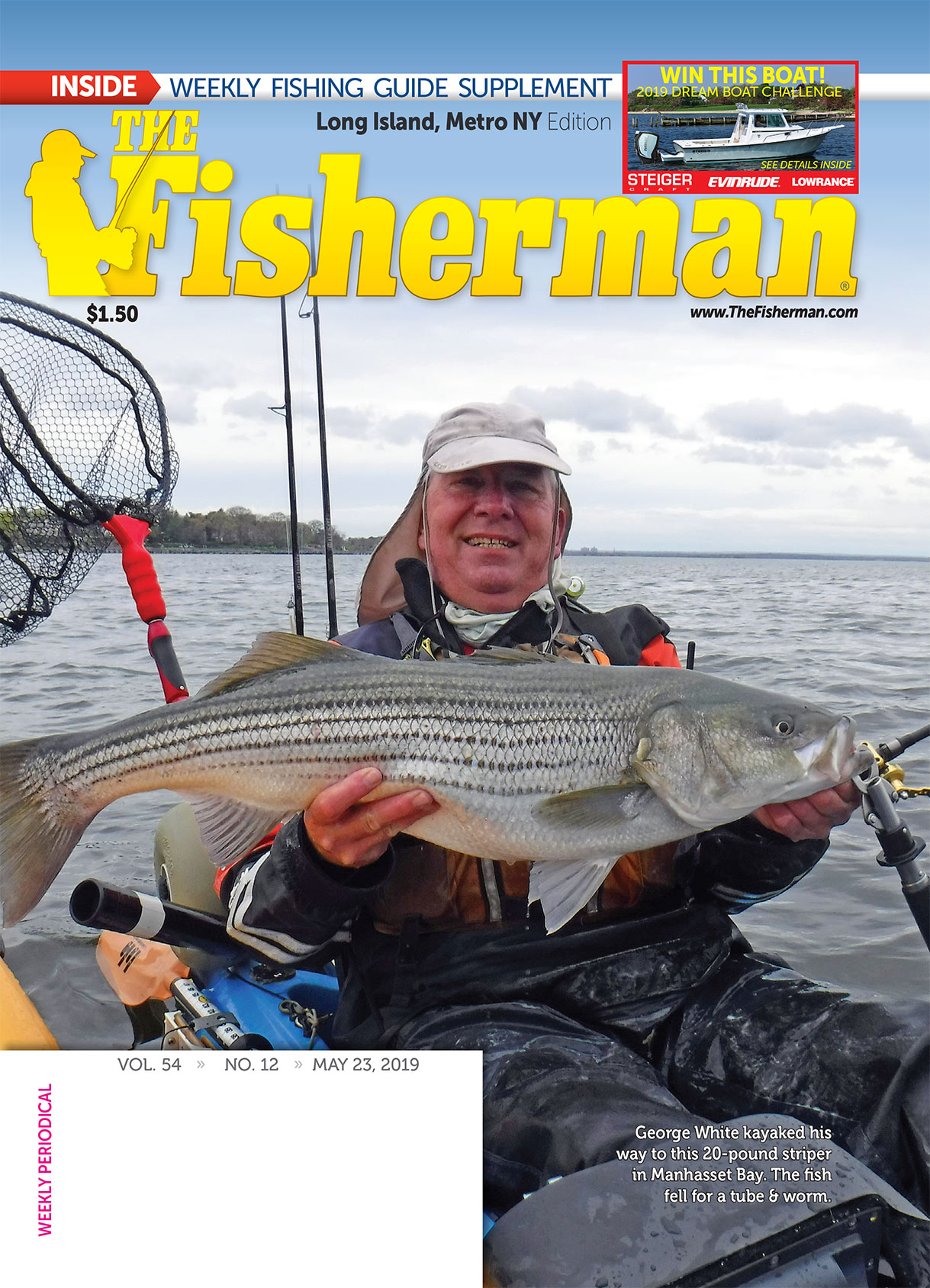