Summer trolling is a great way to search for fish and spots on your favorite local body of water.

Trolling crankbaits along weedlines as deep as 15 to 20 feet or more during the summer can be a very productive approach to mid-afternoon largemouth and smallmouth bass, as well as pickerel. Don’t be too surprised when a pickerel hits while running a plug 15 feet down through 25 feet of water. Especially bigger pickerel station up and down a wall of weeds, and they may position as deep as the weeds go.

Whether you use a gas outboard or electric motor, flatline trolling by casting a crankbait behind the boat and then hand-holding the rod while cruising may be the easiest way to start fishing as soon as you leave the launch. When my son and I fished weeks ago, we trolled several hundred yards before coming upon shoreline with shade on it. Matt had caught a pickerel within minutes of beginning our troll, and now that we had a chance to cast Senkos, I caught a largemouth. From there, we continued to troll the weed line until coming upon more shadow.

I never understood why trolling wasn’t more productive that day. We usually find pickerel eagerly hit our favorite Storm Hot ‘n Tots in chrome finish. We use the model that dives 15 feet, and as I say, often the plugs run over bottom another 10 feet deep. The idea is to try and fish as close to the weeds as possible without hanging up. It goes without saying that sometimes you will hang up, but in any event, pickerel seem sharply alerted by the madness of these plugs coming into their range. I usually set my Minn-Kota Endura 55 at top speed. Pickerel shoot like rockets and catch up. Largemouth and smallmouth bass do, too. I have also caught fish on other plugs diving as deep, but I like that light-reflecting chrome finish in the clear water of the lakes we fish.

The Berkeley Dredger is another example of a good crankbait, but there are dozens to try if you have the diligence and time. Any of these plugs have trebles that collect weeds, but sometimes you can rip a plug free by yanking the rod sharply. Feel the vibration and you know it’s free. This is one reason why medium-heavy power is better than lighter. Whether you use a casting outfit or spinning seems arbitrary, but the choice of line isn’t. Braid allows a much more direct pull when ripping a plug free of weeds.

We have never encountered summer fish tentative about taking plugs, though flatlining during spring is another story, when we often feel subtle nips monofilament or fluorocarbon might not transmit at all. During the summer, all three of these species I’ve mentioned strike a plug hard, and on one occasion, I had to take a largemouth home for dinner. It took the plug wholly into its mouth, one of the rear treble hooks deep in vulnerable tissue near the gullet. By obvious appearances, this bass was not going to make it, but I hoped so and released it. It bellied up minutes later and I netted it.

Another reason to use braid is the much thinner diameter than mono or fluoro of the same test. Less water resistance is the result and the plug will run deeper. You should want that plug to dive as deep as it will go. Braid also doesn’t stretch, which helps get a plug deep, too. 15-pound test may be all you need, since you’re not fishing right in the weeds as you do with weedless plastics.

We never have devoted an entire outing to trolling, except during the spring. Summer trolling, however, is a great way to search for fish and spots such as those shaded shorelines I mentioned earlier. Trolling does go beyond its value as a search, however. It is a respectable method in its own right, but if you get on the water in the middle of the afternoon, you probably intend to stay for the evening bite when casting to active bass comes into its own.

You’ll know better where to be when evening comes, if you pay attention when scouting the shorelines of a lake while trolling them. And yet, as we have, you may find spots that pay off when trolling that never do when casting. In any event, the lake yields its secrets. 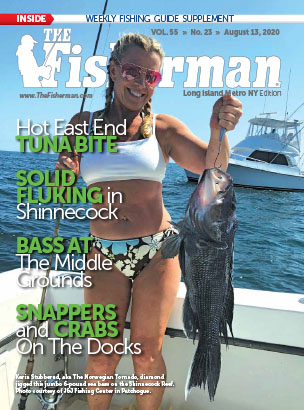