Located in the Town of Brookhaven in the hamlet of Mastic Beach, the Cranberry Pier is the town’s best-kept secret as this little gem of a hot spot comes to life as early as mid-April and remains active to the end of the year. Until a few years ago, the dock was old and in desperate need of repair. In addition, the dock could only accommodate four or five anglers at most, making it a game of first come first served. Then a few years back, the town reconstructed the dock and its pathway to accommodate 20 anglers by rebuilding and extending the length of the pier.

Cranberry Pier is located in the heart of Narrows Bay, with water depth ranging from 4 to 8 feet deep. This spot gets an early jump with many species from flounder to stripers due to its underground springs that spill out freshwater year-round of 57 degrees. This warmer water mixes with the saltwater causing it to become brackish and about 10 degrees higher in water temperature than its nearby neighbors of Moriches and Bellport Bays. 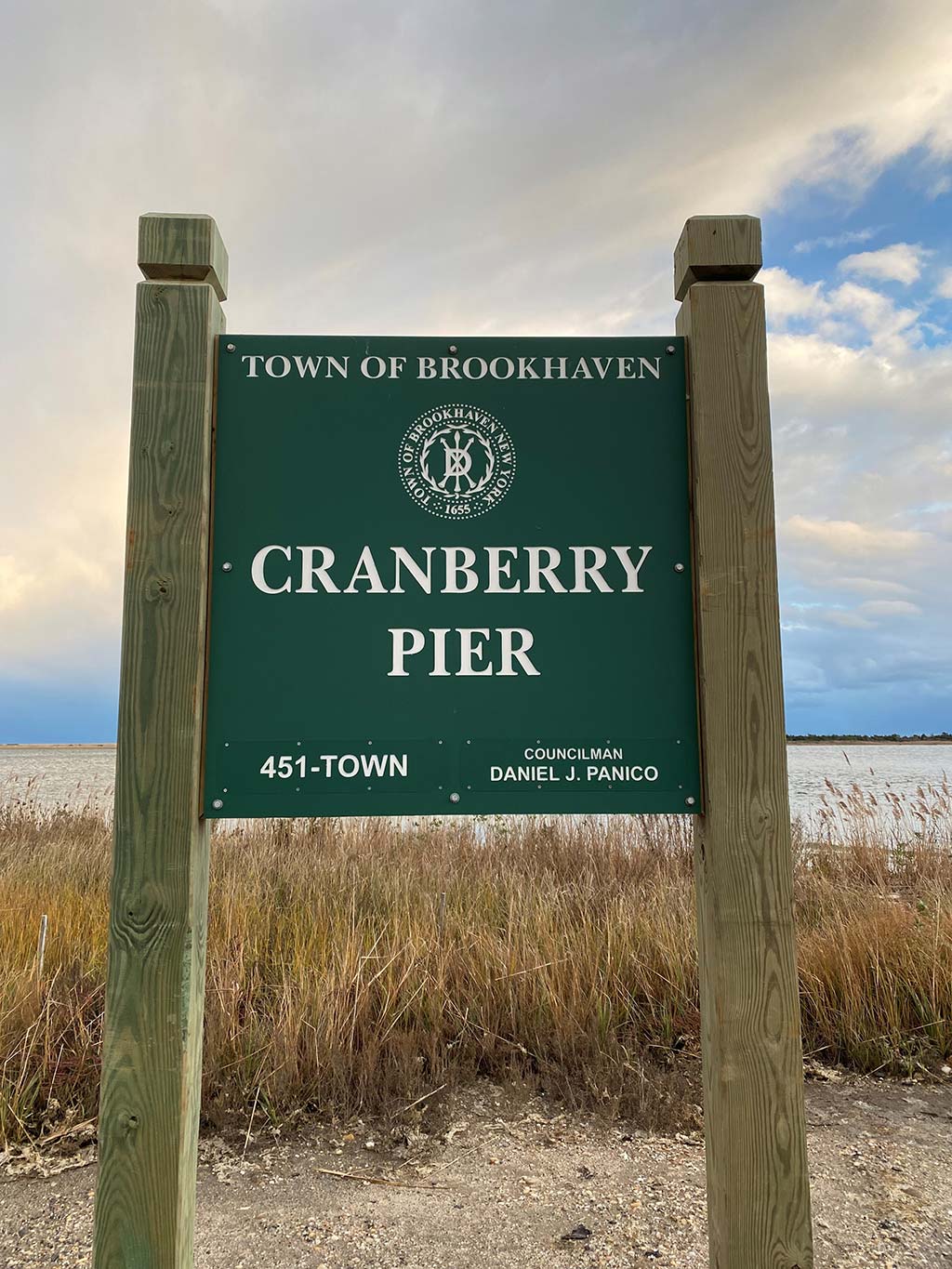 With acres of marshes just to the east of the dock that extends to the Forge River, the fertile waters attracts a myriad of baitfish nearly year-round. The season here kicks off by the start of flounder season, the first weekend of April. There is no guarantee of catching very much compared to the better years of the flounder days, but flounder rigs baited with worms, clams, and especially fresh bank mussels is a close as a guarantee as you can ask for. Besides, it’s all about fresh air and sunshine. By the end of April and the first couple weeks of May is when things get interesting as bluefish, stripers, and even a few early weakfish are all feasting in the Narrows and anglers tossing small plugs, Kastmasters, and soft baits on jigs such as Bass Assassins, Fin-S-Fish, and Z-Man can experience blitz-like action at any time, especially during an outgoing tide. Like suds surfers from the beach, you need to put in your time if you want success. By mid-May, bluefishing can be insane, making it difficult for the bass and weakfish to get to your offerings. In addition, fluke joins the fray, and when the choppers quiet down, 1/2-ounce white or pink Spro Bucktails tipped with either a 3-inch Gulp Swimming Mullet or a Fishbites squid or shrimp flavored strips will entice the flatties. June and July are mostly fluke with an occasional bluefish blitz. August through October is a bottom fish bonanza with porgies, kingfish, blowfish, and snappers. Bottom rigs armed with clams, squid, and worms will keep the kids of young and old happy. November is herring time, and if you should connect with a few, chunk one up and toss it out for stripers as they stalk the area for herring and mullet.

Directions to the dock are pretty simple. Take the Smith Floyd Parkway south to Neighborhood Road. Take a left at the intersection (there is a CVS on the corner)  and continue east on the road for a half-mile, then take a right onto Cranberry Road and continue to the end of the road. Parking is limited, but there are no restrictions except no fishing the dock at night. 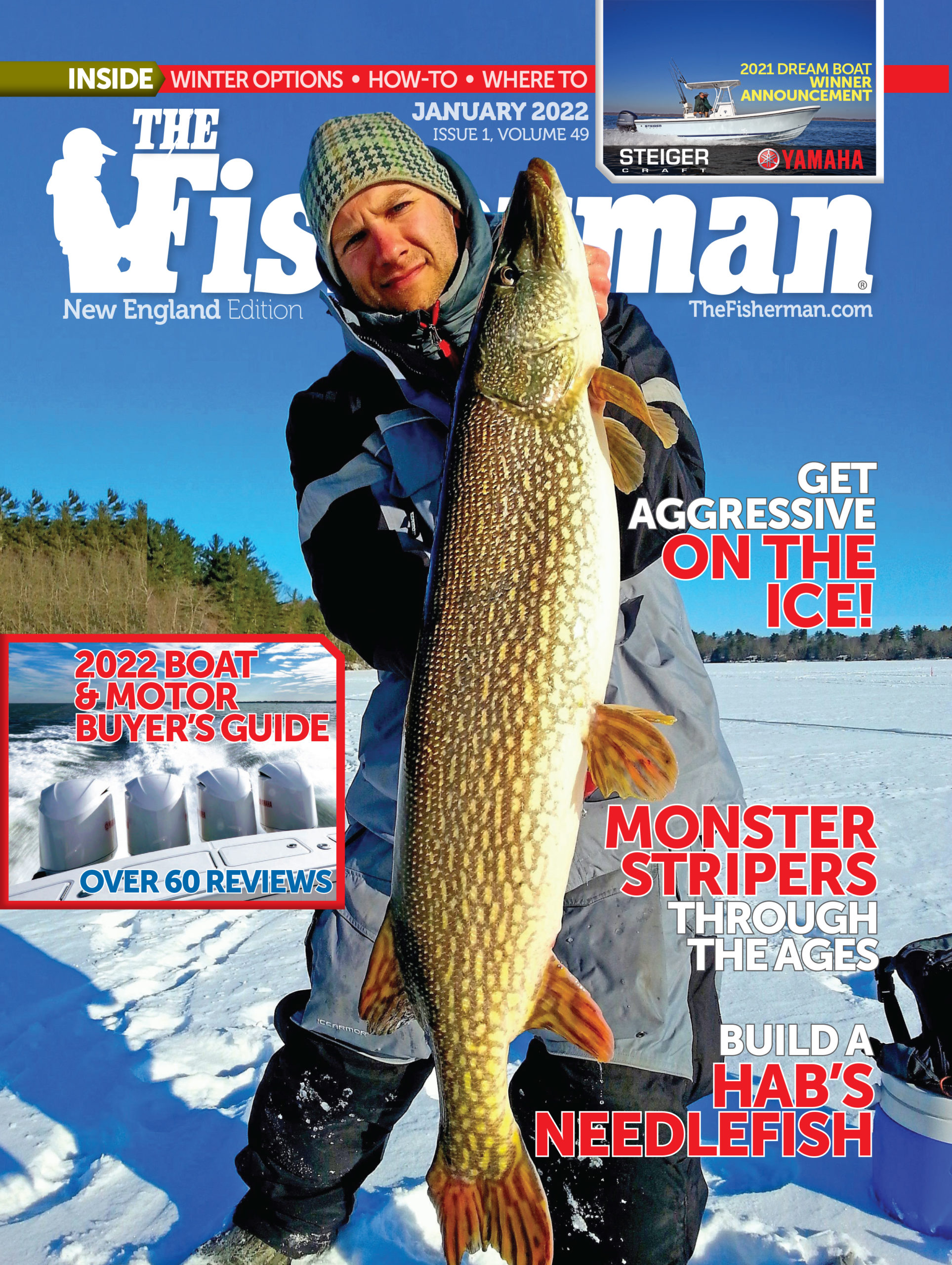