At its core, blackfishing from a kayak is no different than by boat: find some rocky structure, drop a crab down and hold on. But where the kayak truly shines is in targeting smaller pieces of structure which cannot be accessed by boat and don’t experience the same fishing pressure as the well-known rock piles frequented by our boat-owning buddies.

Small, isolated pieces of shallow-water structure are not likely to hold hundreds of tog capable of sustaining a daily onslaught of angling pressure. Instead, these small spots – many not much larger than the kayak itself – usually hold a couple small and hopefully what I call the resident king (or queen.) I first realized just how large of a fish might claim residence on these little oases while free diving. Quite often I’d roll up on a large, single rock or debris pile in the middle of a flat and be greeted by a gnarly toothed whitechinner defending his territory. Find an area with a few of these small spots contained within it and you have the recipe for a good day’s fishing on the yak.

I look at this kind of an area as not generally being worthwhile to fish by larger boats. For them to locate the structure, anchor up, fish for a few minutes, pull up anchor, move to another spot and begin the process again and again just isn’t good business. However, by kayak you can paddle, or better yet, pedal (or even better yet power) between spots, and then hold in place either with a quickly deployed anchor, by pedaling in place or holding tight with a trolling motor. With my Old Town AP 136 I can hop through a field of waypoints with my trolling motor and Spot-Lock on each one with a simple tap of a button.

Another example of small structure success by way of a kayak can be best exemplified in a scenario that took place last season. I was fishing a small rockpile some 200 yards offshore that spans several acres including a large piece of exposed, dry rock at its center. When I arrived just after sunrise, I was the only angler present aside from my partner for the day on his yak. In the five or so hours that we fished, we caught and released well over 100 fish between us with perhaps half exceeding the minimum length for harvest (we, of course, only retained our individual limits.) What I found interesting and really stuck out to me the most aside from the good action experienced was how isolated our success was as compared to the boats that came and went throughout the session. Boat after boat would arrive (likely attracted by the two kayakers who almost constantly had a bent rod), fish for a while, and eventually leave in disgust without more than a bite or two at best. Several boaters even openly expressed their frustration at the success being had by, “Those damned kayakers!” as they put it.

What was happening, at least as best as I could decipher, was that the boats couldn’t fish where the fish were this day. While they had to stay a safe distance off the exposed rocks out of fear of running aground or being washed high and dry, my partner and I, in our kayaks, could get as close as we wanted to the rocks. At times I could reach out and touch dry rock with my left hand while my right hand tended my rod in 3 to 4 feet of water. I pulled three fish that morning over 8 pounds, with the best going just over 9, and they all came within spitting distance of rocks which kept the larger craft at bay – that’s a win in my book! 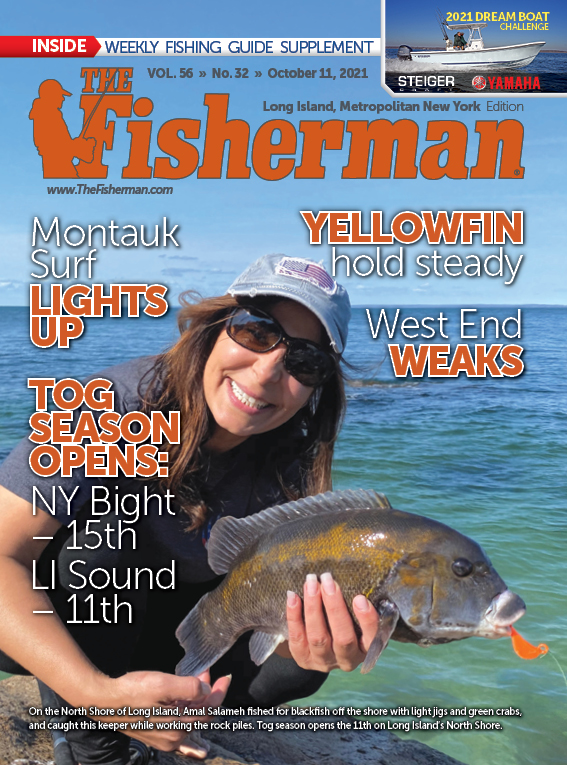