Amidst the global COVID-19 pandemic we find also ourselves facing another woe for 2020 with the recent invasion of the spotted lanternfly.  As a current graduate student in Philadelphia, the epicenter of the spotted lanternfly invasion, I have witnessed firsthand how invasive these bugs are, as they now litter the city and all the suburbs around it. Of more concern is the fact that they are beginning to spread into surrounding areas and neighboring states, including New Jersey.

In speaking with several residents in my hometown in New Jersey, I’m realizing that many folks are completely unaware of what is coming and what it could mean for the state’s vegetation, as well as the potential economic impact associated with the arrival of the spotted lanternfly. And trust me they are coming!

But more importantly – if you think like me – there’s also consideration of what the lanternfly could mean for fishing. 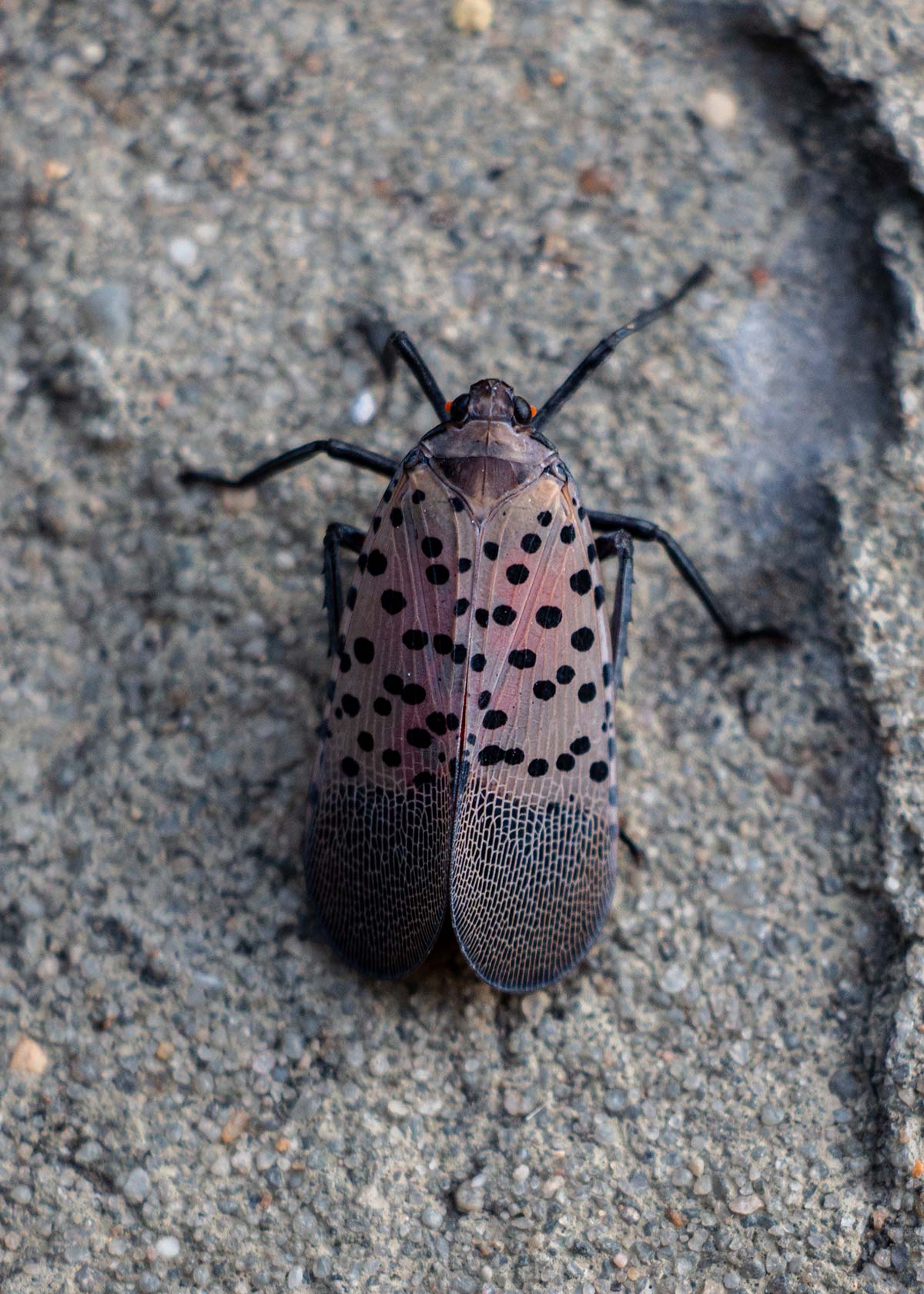 The spotted lanternfly (SLF) isn’t hard to recognize – adults can reach sizes up to 1.5 inches in length and the insect sports two, large, grey and black-spotted wings. Although the fly doesn’t produce light, there are two bright crimson hindwings underneath these forewings that give off a red hue, making it appear lantern-like. But even though it is equipped with these large flying devices, it is a surprisingly clumsy flyer, and therefore resorts to hopping (the SLF is referred to as a planthopper) for most of its movements, using its wings as supports.

If you come across a lanternfly, you are encouraged, if not required, to stomp on it. You will quickly become apparent of its hopping ability as it hops speedily to avoid the underside of the shoe, landing typically on its back in a fury of escape.

A native to China and South Korea, spotted lanternfly reportedly arrived in the United States – specifically Pennsylvania – in 2014. And since its inception, it has exploded in numbers. In April and May, the lanternfly starts hatching from barely visible egg masses; these egg masses yield the greatest threat since they can be laid on nearly anything (cars, rocks, lawnmowers, etc.) and resemble a pale-grey lichen. After hatching, the lanternfly proceeds through four immature stages called instars. By July, carrying through the fall, adults begin to run rampant as they start their mating rituals for the winter to come.

Because they don’t fly very well, they have become excellent hitchhikers known to ride on any kind of transportation.   Eight New Jersey counties (Burlington, Camden, Gloucester, Hunterdon, Mercer, Salem, Somerset, and Warren) are under quarantine for not only COVID-19 but lanternflies as well now! Anyone who travels to these destinations are asked to do a quick inspection of their vehicles and supplies to ensure that no pests are getting a free ride.

To grow and reproduce, the lanternfly prefers a tree called the tree of heaven, but they have quickly adapted to many other woody and non-woody plants. Using their strawlike mouths, they can quickly decimate any tree they deem suitable. It particularly has grown to like grapevines and fruit trees which is wreaking havoc on many wineries and vineyards. In addition, they are attracted to oaks, walnuts, and maple trees that are high value species for timber industries. Just like the emerald ash borer that invaded many years ago, I can’t see this going well as they have already spread to most states on the eastern coast.

And now the silver lining for anglers, given how we often tend to look on the positive side of any given situation. Being quarantined in my house during COVID, meant more time with my family and frankly more time by myself in the woods hunting or fishing (the ultimate social distancing). The arrival of the spotted lanternfly means a new bug becoming very prominent near creeks and other watersheds. And what happens when a lot of bugs begin to hatch around hungry fish? Well they start to munch on them!

My buddy Rob Gentry has come up with a simple spotted lanternfly pattern. He uses a foam body and Argus “spotted” feathers to replicate the forewings followed by a macaw feather for the underwings. And since they are clumsy flyers just like stoneflies and cicadas, you don’t have to be subtle like normal fly fishing. A 9-foot, size 7- or 8-weight fast action fly rod with some heavy tippet will do the trick.

And again, since they don’t fly well, I tend to fish them with a big splat! Who knows whether the fish actually see them as lanternflies or mistake them for stoneflies or cicadas but it sure is an exciting way to fish. Typically, fish will rocket out of the water the instant it splashes down.

The last piece of good news is that the spotted lanternfly is nearly harmless to humans. They don’t bite and other than running into your face, they are nothing more than a quick start. So, if you see a lanternfly, chase it down, and stomp on it; it’s become a favorite pastime of mine as I walk my dogs. 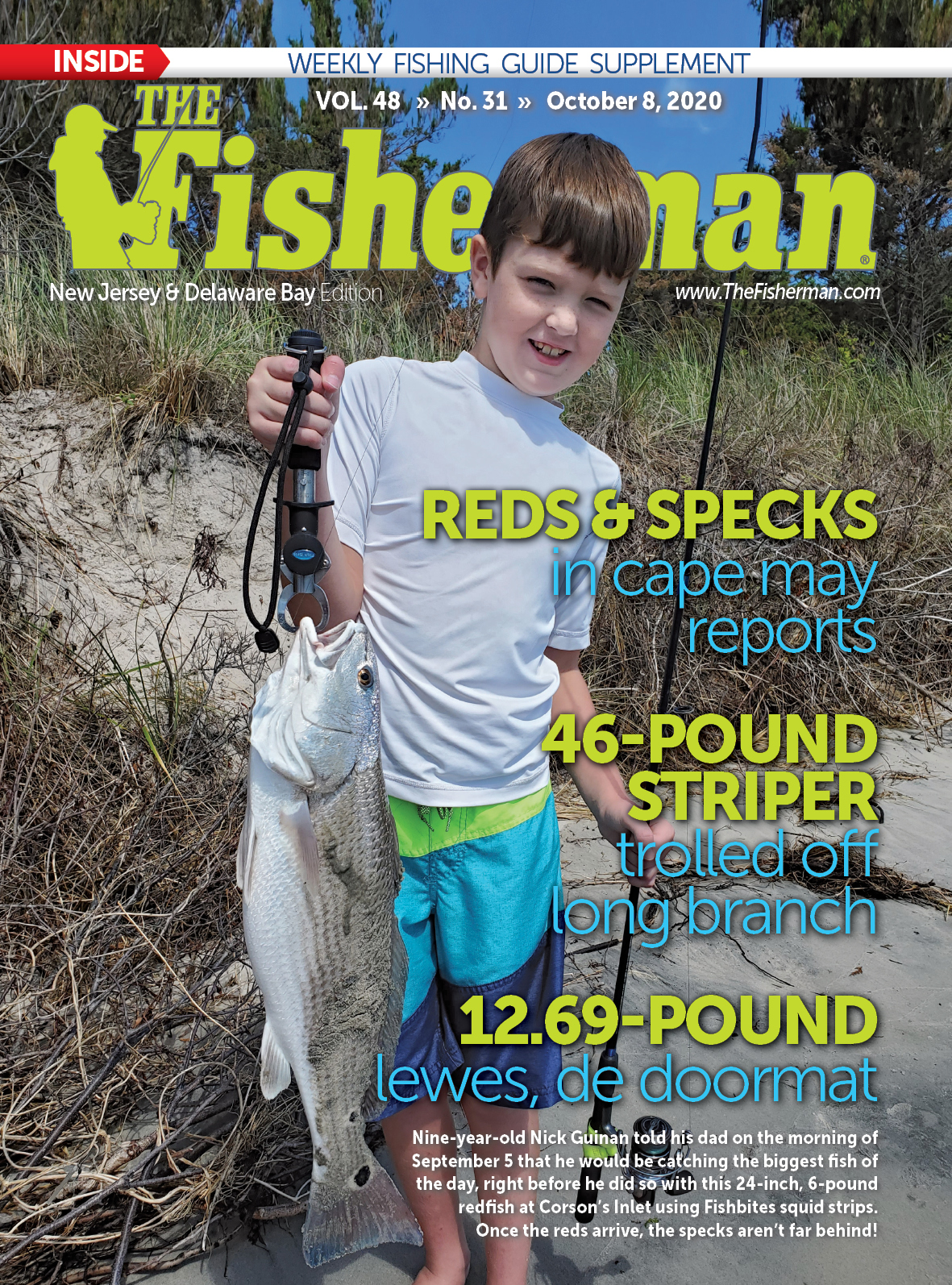