Fishing, and covering the various issues associated with it, used to be a whole lot simpler before making the turn into the 21st Century. Sure, there were issues, especially where striped bass were concerned. There was the push for gamefish status in the late ‘60s and early ‘70s, the moratorium of the ‘80s, expanding size limits and more restrictive bag limits through the ‘90s.

There was the herculean effort to protect our fisheries from commercial exploitation by foreign countries which led to the 200 mile limit, and the battle to preserve the recreational bluefish quota and keep them from being decimated by expansion into foreign markets. Some of these issues were fully supported by everyone in recreational fishing, with local trade groups, industry leaders and numerous fishing clubs often working together on these issues; when there were differences of opinion there was at least respect for the other’s views.

These days, we are confronted with a fractured fishing community and reporting on fishery related issues is more reflective of the current political climate – no respect for the opinion of anyone who disagrees, and two extremes when it comes to debating a fishery related issue. Much like the left and the right – there is no more middle ground and little room for compromise.

And let’s not overlook the influence of social media. Everyone has an opinion these days, and a forum to express that opinion, another offshoot of our political climate. Unfortunately, there are too many people out there expressing their opinions on issues they know very little about.

We believe that The Fisherman has an obligation as a key publication in the sportfishing industry to help educate the public on many of these issues in a fair and balanced fashion so that readers can assess the information and make educated decisions when it comes to forming an opinion or course of action.

In an effort to maintain the highest level of editorial integrity, we are careful not to gate keep or regulate which topics make it into the magazine. Our goal is to provide a forum in print for healthy debates on fisheries management and marine conservation so that your voices can be heard.

There certainly are issues that beg for unified support from the recreational fishing community. Rather than working against each other, how about addressing the quadruple commercial increase in the daily trip limit for fluke, which went from 70 pounds to 280 pounds this month? And, with this fishery’s 14-inch size limit, is it any wonder there are so few keeper fluke? Watching the boat next to you keeping the same fish you are putting back all day can be a frustrating experience.

How about the transfer of recreational bluefish quota to the commercial side because we are not using our full quota, the result of a lack of blues in our waters (and that most of the bluefish catch is released)?

The previous guest editor’s log was written by Long Island edition Editor Fred Golofaro in response to ongoing conflicts and heated debate there. How are things in New Jersey, and along Delaware Bay? Are their topics of interest that you feel strongly about that you’d like to see on this page? If there is an issue you feel strongly about and would like to express your opinion in print, send it in an email jhutchinson@thefisherman.com. 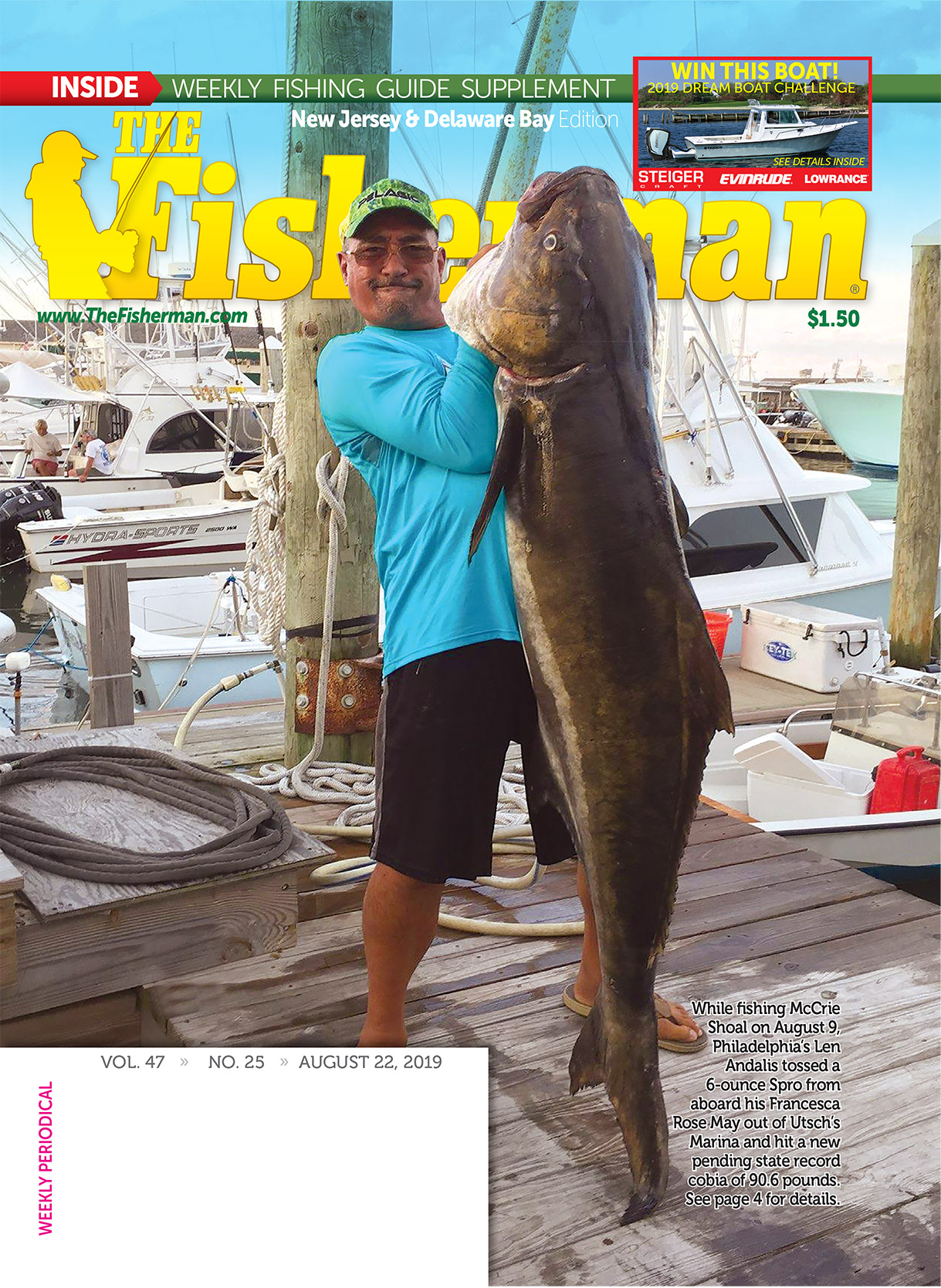