Like the rest of the Atlantic Coast, Massachusetts mandated that recreational anglers must use circle hooks when targeting striped bass with live or dead bait—in fact, the Massachusetts Division of Marine Fisheries (DMF) implemented their own law making the Commonwealth the first state to implement a circle hook mandate; doing so a full year before the ASMFC adopted the measure.

Studies have proven that circle hooks dramatically reduce the instance of gut-hooked fish over the use of traditional J-hooks, thus reducing release mortality. Another condition of Addendum IV to Amendment 6 of the Atlantic Striped Bass Interstate Fishery Management Plan, was that all states must take measures to reduce removals of striped bass by 18% by changing size and/or bag limits. To comply with this mandate, DMF and most other New England states implemented a one fish slot limit of a striped bass measuring between 28 and less than 35 inches of overall length. These new rules have been implemented because of the decline in striped bass stocks and ASMFC’s findings that the striped bass are being overfished, which was proven by their most recent stock assessment.

The circle hook mandate was put into place in an attempt to reduce release mortality, studies have shown that around 9% of striped bass that are caught and released do not survive. At least some of this is due to fish being deep-hooked, but mishandling, improper release methods and years of mismanagement have certainly played a bigger role in the stock’s decline. But the mandated use of circle hooks is a good first step in trying to rebuild the striper stock.

The DMF says they are conducting studies to “better characterize release mortality in striped bass”. The acoustic tags being used have accelerometers that can sense ‘tail beats’ – basically the same technology that tells your smartphone to flip the screen when you rotate your phone – this tells researchers if the fish is alive or dead. The tags will utilize a “vast array of acoustic receivers” stationed along the Eastern Seaboard giving scientists the ability to track the movements of each tagged fish and tell if it’s still alive.

The agency says it will conduct many striped bass studies in the coming years, some of the questions they will seek to answer include; the size of hook the gap with regard to release mortality, the effects of the use of treble hooks on plugs, how the duration of the fight affects release mortality and if water temperature plays a role. There are a lot of moving parts in trying to rebuild a declining stock, hopefully these studies will lead fisheries managers in The Bay State to make sound decisions on behalf of the striped bass. 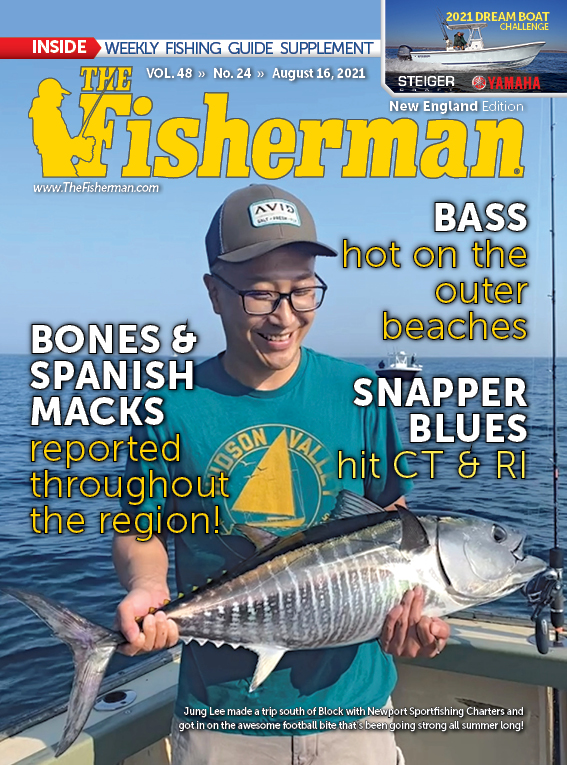