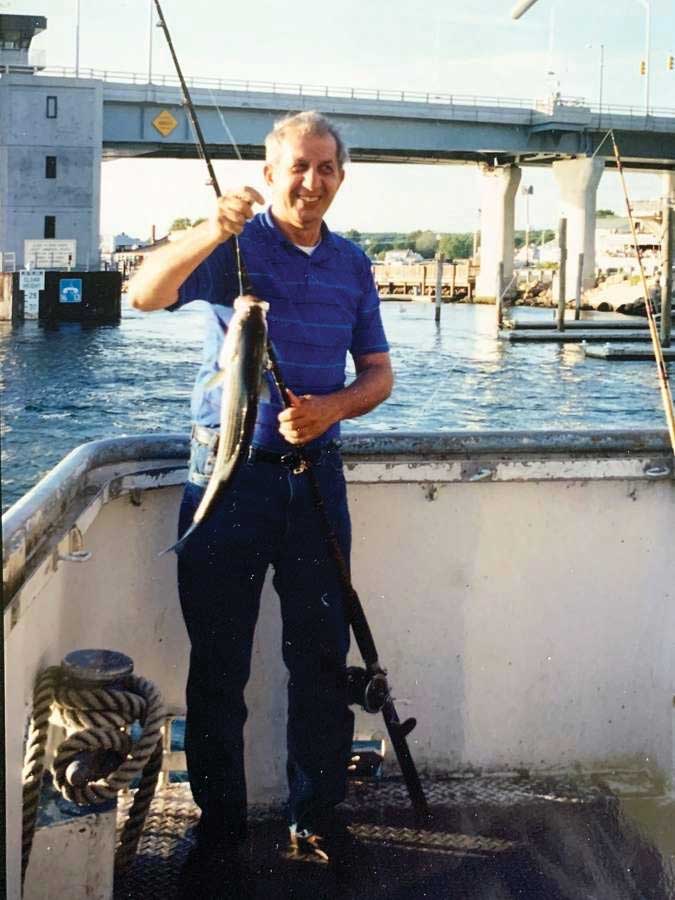 Paul Vincent Brockett Sr., 79, of East Lyme, died April 29, 2020, from complications from COVID-19. An active man and dedicated worker his entire life, Paul had just finished spring maintenance on his boat, the Mijoy 747 out of Waterford, and was planning the 2020 fishing season, the day he received his positive COVID test. The virus took him very quickly.

Born Aug. 7, 1940, to James and Lucy Brockett of West Haven, Paul started working for the Mijoy soon after graduating from high school. The business was owned then by Ernest and Mary Schiller. He married his first love, Priscilla Gail Schiller, in 1961, and they, together with her parents, ran the family business. Paul was predeceased by his parents, in-laws and wife.

Paul earned his U.S. Coast Guard captain’s license in 1965, and experienced many types of fishing in his years, including day-long party-boat trips and month-long commercial fishing trips. His knowledge of fishing grounds and fishing tactics were known throughout Long Island Sound, and he counts captains from many states as his friends. His stories of storms in the open ocean during his tile fishing and sword fishing years, including hurricanes, were full of rich detail and always ended with wonder and gratefulness that they had survived. After over 50 years of fishing experience, he counted many of his crewmembers as friends. Though he was known for his sharp humor and he suffered no fools, they knew they had earned his respect and admiration. He told many stories about customers from his past and present, and there are many customers on the eastern seaboard who have their own “Captain Paul” stories to share.

Paul was also a skilled machinist and could craft nearly any kind of part needed for his own boat or to help out a friend or neighbor. In addition, he was a woodworker; and also poured and crafted nearly all the fishing weights and jigs for his boat. He could study any plan, read any instruction manual, or look up any process and figure out how to create whatever he needed to get a job done. He liked to talk about politics and science and enjoyed taking the “devil’s advocate” role in many conversations just to get a rise out of someone. One of his last conversations was about the will to live, and he noted that although the virus he was fighting might not have an intelligence, it had some drive to survive. While he had planned to win his fight, he admired his “foe.”

After the death of his wife, Gail, Paul met Margaret (Peg) Paolillo and they spent nearly 20 years together in a loving relationship. He enjoyed live music and shows, and the two of them could often be found at The Garde, The Kate, or shows at either of the casinos. He also loved a good meal out and he and Peg were welcomed regulars at many local restaurants. He cared deeply for Peg’s daughter, Lisa Rooney, and also her granddaughters, Melanie French and Danielle Steelman and their husbands; and Peg’s great-grandson, Connor. One of his greatest joys was spending time with his dog, Little Ceasar, and he often told stories about interactions with his neighbors as he walked his little white dog.

Paul is survived by his daughter Mary-Lou Brockett Devine and her husband Joseph of Waterford, and his son Paul V. Brockett Jr. and his long-time partner Tracy Tremblay of New London. Paul passed down many of his skills and much of his knowledge to his children. He enjoyed working with them on projects for the family business, talking about personal projects and interests and always supported them in their career choices and dreams. He is also survived by his sister MaryAnne Hawkes and her husband David of West Haven.

The family thanks Dr. Song and the ICU staff and the Palliative Care staff at Lawrence + Memorial Hospital, as well as Beacon Hospice for their compassionate care at the end of Paul’s life. He was given both dignity and peace.

Arrangements are being handled by Thomas L Neilan & Sons Funeral Homes, in Niantic. Due to COVID-19 restrictions, there will be no service and burial will be held privately at a later date.