Stellwagen Bank National Marine Sanctuary was designated in 1992 because of its unique natural characteristics and its economic value to New England, including the region’s fisheries. Located off the coast of Massachusetts, Stellwagen Bank is a hotspot for Atlantic cod. It also contains several foundational forage species such as Calanus copepods, Atlantic herring, and sand lance. These species are important prey for cod and for several depleted or endangered species in the region – including the North Atlantic right whale.

The purpose of the condition report is to assess the existing state of natural and economic resources in the area, to determine the driving pressures on those resources, and to analyze whether the resources are improving or worsening.

Here are some key takeaways from the condition report:

The value of the Stellwagen Bank region to the Gulf of Maine ecosystem cannot be overstated. To date, however, Stellwagen has been a sanctuary only in name. It is essential to expand protections for the species that call it home, including the creation of a fully protected research reserve free from human activity, to preserve its vital resources for generations to come. 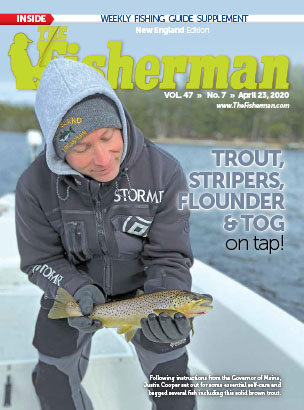