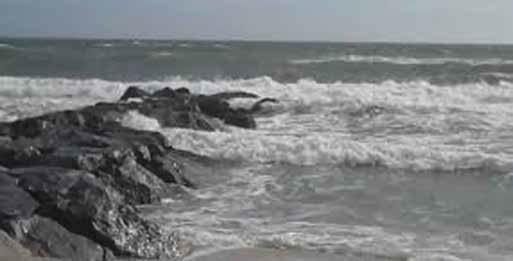 There surely must be some longtime west end jetty jockeys turning in their graves about now with the recent announcement that the Long Beach City Council has unanimously passed an ordinance prohibiting anyone at any time from walking or climbing on Long Beach jetties.

Long Beach officials say the new law addresses the issue of public safety. They claim too many people are walking and climbing on the jetties, which they feel is dangerous since they risk slipping and falling onto the rocks or in the ocean. City fathers were also concerned that first responders and lifeguards would also be at risk when going to the aid of those falling on the rocks or into the water.

“Bull crap” you say, especially if your surf fishing itinerary includes working these productive rock piles. But wait – the clincher is you are subject to a fine of 100 to 500 dollars or up to 15 days in jail. So instead of an educational campaign that could have included signage outlining why walking on these rocks can be dangerous, they simply banned everyone from the rockpiles, including surf fishermen who have been safely fishing these jetties for decades. They also could have posted signage banning anyone without proper footwear (metal cleats or studs) from the jetties, which would have kept the jetties accessible to surfcasters.

This action comes as the Army Corps of Engineers is in the midst of rebuilding 15 oceanfront jetties in Long Beach damaged or destroyed by Hurricane Sandy back in 2012. What ever happened to people being held responsible for their own actions? There seems to be too much of this over-protection by government agencies at every level – local, county, state and federal, especially when it comes to accessing our beaches. Beach closures due to potentially “dangerous” conditions often apply only to those dumb enough to do something stupid – like driving through water. Or those with no knowledge of tides who could get stranded on the beach for a tide cycle. There are worse things. And if they get stuck in water or buried to their chassis in soft sand, maybe the hefty bill they get from Higbie Collision will serve to educate them. I yearn for the days when you when the decision to get on or leave the beach was up to you and your ability to assess the wisdom of that decision. And I shudder to think about all of the great fishing I would have missed if closing the beach was left up to park officials back then. Indeed, some of my most memorable surf fishing experiences occurred during the height of nor’easters and the approach of hurricanes or tropical storms. There was also the infamous Halloween Storm (Perfect Storm) when big bass and blues crushed plugs in the howling wind and pouring rain inside Fire Island Inlet.

Hopefully, common sense will prevail in Long Beach before the fall surf fishing season gets underway. Surely there is no legitimate reason why a properly equipped surfcaster can not access those jetties for the purpose of fishing. Governor Cuomo seems to be making a sincere effort to encourage recreational fishing opportunities within the state, yet it seems access continues to be a major problem for shore-bound anglers, whether it’s the result of piping plovers, beach erosion or insufficient staffing.