Surf fishing tournaments set anglers thinking about the possibility of trophy-size catches, but in reality they never know what will take their bait.   It was no different on October 23, when to everyone’s surprise, a 17.5-inch needlefish took top honor as the largest fish caught in the Ocean City Fishing Club’s (OCFC) 52nd Annual Surf Fishing Tournament.

“It’s not what anyone expected,” said Ed Parkinson, OCFC’s tournament chair. “Fishing on the beach in the fall, you generally think of striped bass and bluefish as prize winners—certainly not a needlefish. But you never know.”

The needlefish has a long, narrow body, not as wide as a wooden ruler used to measure it. It can reach approximately 24 inches in length, with a long, pointed jaw with sharp teeth. It’s common in New Jersey coastal waters and bays.  John Gustafson, a member of Delaware Valley Surf Anglers, Team A, caught the needlefish using a kingfish rig and bloodworm. His catch earned him a Slime 2X Tire Inflator.

More than 110 anglers participated in the tournament on city beaches between 23rd and 35th streets. Nineteen fishing club teams from around the state joined another nine individuals to compete in the event this year. It wasn’t held in 2020 due to the pandemic.

“This year, we had a beautiful calm day with a flat ocean,” Parkinson reported. “From 7 a.m. until the sun rose higher, it seems that sand sharks and spring dogfish were the only fish biting. After that, there were some blues and kings.”  A total of 153 fish were caught during the tournament, including 133 sharks, 12 kingfish, seven bluefish and one 10-inch spot.

Matt McDaniel took top honors in the Youth Assisted division with a 12.75-inch bluefish. Dylan O’Connell registered a 12.25-inch bluefish and a 12-inch kingfish to take first in the Youth Under 13 category. O’Connell is a repeat winner, having earned trophies in the 2018 and 2019 OCFC tournaments.

“These young fellas certainly know how to fish,” Parkinson said. “It’s great to have them come out and be part of our tournament. We’ll try to get even more youths to participate next year. They are the future of our surf fishing sport.”

The fall tournament is held in coordination with the Association of Surf Angling Clubs and supported by organizations and businesses that donated prizes. The Ocean City Police Department provided one-day vehicle beach access permits so anglers could take vehicles on the beaches.  Founded in 1913, the Ocean City Fishing Club is the oldest, continuously operating fishing club in the United States. 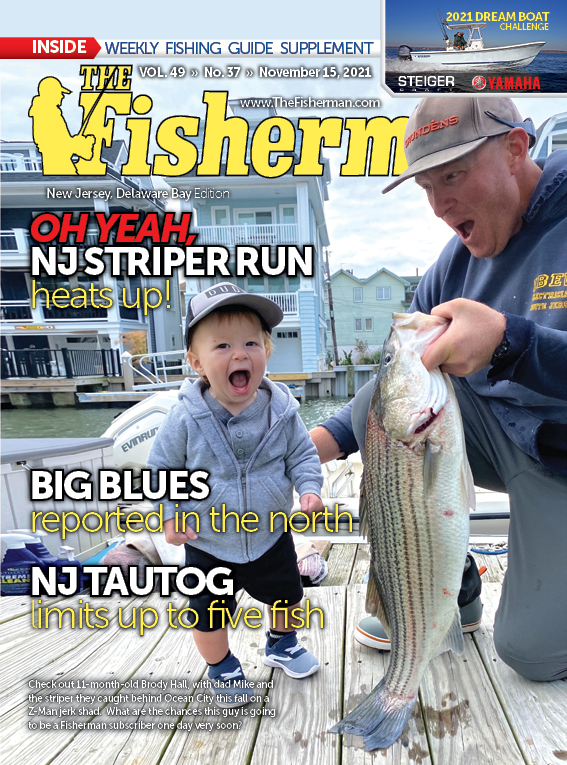