After 25 years at the helm of one of the very first and arguably most effective political action organizations fighting for the rights of U.S. saltwater anglers, Jim Donofrio will officially step down as Executive Director of the Recreational Fishing Alliance (RFA) at the end of this year.

In a letter submitted to the RFA Board of Directors (Board) on July 2, Donofrio announced his plan to retire at as of December 31, saying he was looking forward to fishing, hunting with his dog Joplin, and spending time with family and friends.

Donofrio is credited with creating the first IRS recognized 501(c)(4) political action organization focused squarely on the needs of saltwater anglers, the recreational fishing industry and our marine resources.  His unique vision to provide the community with a political voice at the state and national level was something unique to the legislative and regulatory process that governs how recreational fisheries, and fishermen, are managed.

“No one has fought harder for the rights of the saltwater angler,” said Viking President and CEO Pat Healey. “Jim has been an incredible asset for us, and the RFA wouldn’t be what it is today without him. We can’t thank Jim enough for all he has done,” Healey added. 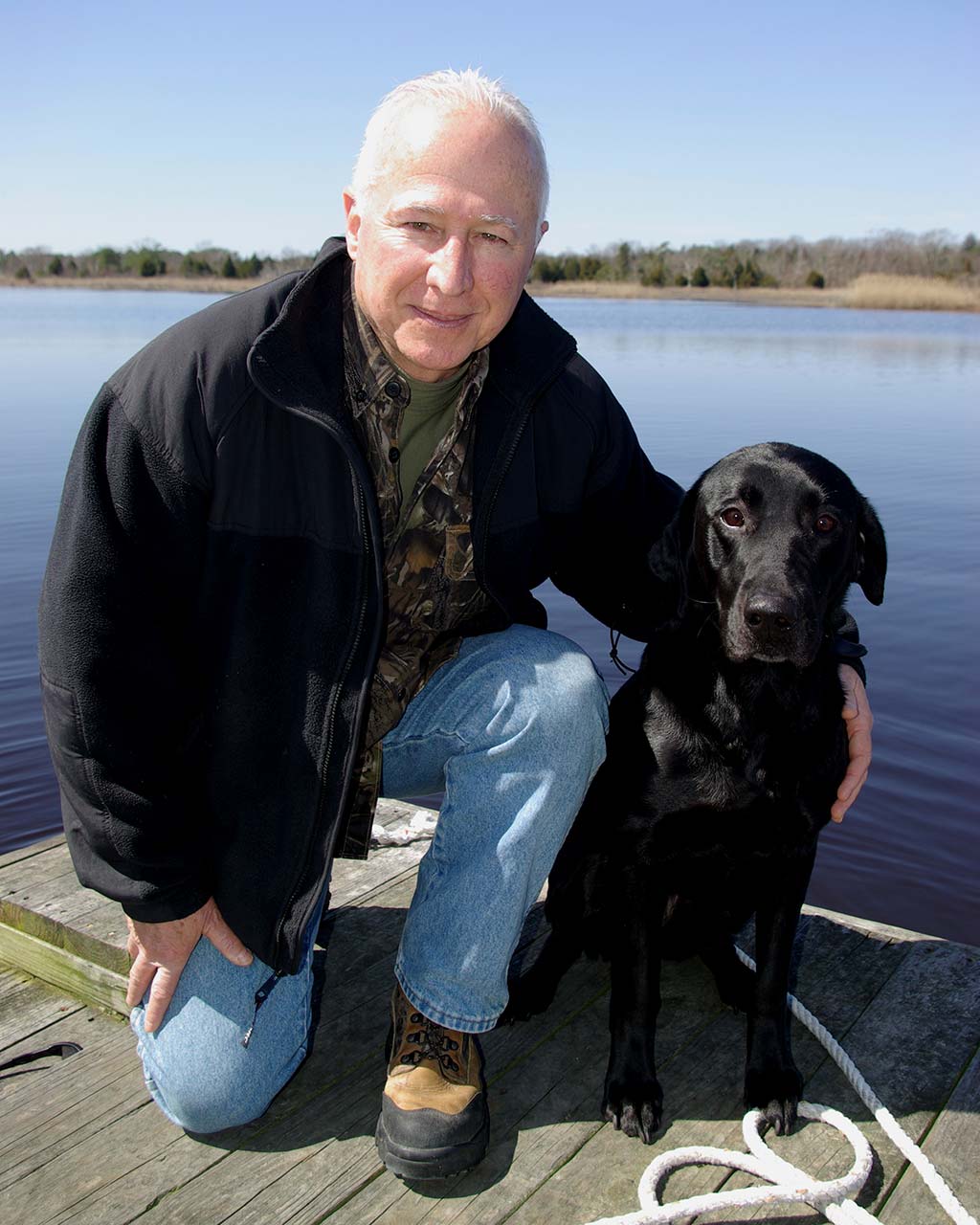 A full-time professional captain in the 1990’s who fished primarily out of Belmar, Donofrio was logging hundreds of onboard hours per year when he became intimately aware of how regulations impact coastal fishermen, businesses owners, manufacturers and retailers. The value of his experience as a captain became apparent as he and the RFA grew into a disruptive force while engaging in battles over pelagic longline gear, a proposed endangered species listing for white marlin, and passage of the Sustainable Fisheries Act which led to the reauthorization to the Magnuson Stevens Fishery Conservation and Management Act (Magnuson) in the late 1990’s.

“I remember when the concept of the RFA was nothing more than an idea along the docks with fellow captains, when the concept of an advocacy group for recreational fishermen by recreational fishermen was first discussed,” said Nick Cicero of the Folsom Corporation, a former Jersey Shore captain himself and now a member of the RFA Board. “Jim’s vision and dedication to that cause will never be forgotten.

“From day one, Jimmy was a bulldog in our corner. No one fought harder for the recreational fishing industry than Jim Donofrio,” said RFA board member and White Marlin Open tournament director Jim Motsko. “He was effective because he did it and saw it; he was on the water. He is going to be deeply missed.”

“Jim’s greatest legacy is his unique ability to effectively voice the needs, concerns and rights of both those of lesser economic status and those who own an 80-foot sportfisherman,” said RFA general counsel and US ICCAT commissioner Ray Bogan. “He has always maintained a ‘no man left behind’ approach to fishery management and access. He doesn’t just remember where he came from, but he cherishes it and has fought incessantly to project the voice of those who wouldn’t otherwise have a voice.”

After founding RFA in 1996, Donofrio went on to establish and maintain strong working relationships with members of Congress – on both sides of the aisle – as well as with fishery managers and scientists during a 25-year political career. Recognizing that coastal fishing issues were non-partisan in nature, Donofrio worked effectively alongside democrats and republicans alike and was invited to testify before Congress numerous times on behalf of the recreational fishing community.

“There’s no better advocate for New Jersey’s fishing industry than my friend Jim Donofrio,” said Congressman Frank Pallone (D-NJ). “In the 27 years that I’ve known him, he’s always been dedicated to fighting for the recreational fishing industry in our state. He has worked to make sure that fishing regulations were based on facts and were fair to the hardworking fishing communities along the Jersey Shore. I wish him all the best for a relaxing retirement.”

“I am sad to see Jim Donofrio leave the RFA after many years of serving fishermen in the state of New Jersey and across the nation,” said Congressman Jeff Van Drew (R-NJ). “He was a vital resource for our fishermen, and we had the good fortune to work on issues that beneficially impacted the state of New Jersey. I wish him the very best in his future endeavors.”

Richard Pombo, former republican Chairman of the House Natural Resources Committee, called Donofrio “a trusted friend” on federal fisheries issues.  “I have worked with Jim for over 20 years on every issue impacting the RFA. He has always been a passionate advocate for fishermen and extremely well versed in very complicated Federal laws.”

As someone who made a living on the water for much of his career, Donofrio was also able to maintain close working relationships with members of the commercial fishing sector, even as the two sides battled over gear and fish allocation issues. After spearheading national rallies on Capitol Hill attended by thousands of commercial and recreational fishermen seeking Magnuson reform, even those on the opposing end of RFA efforts came to respect his tenacious but fair approach in fighting for the recreational community.

“I remember the day back in 1996 when Jim cold-called me at the magazine to tell me about a new organization he was forming that he said was going to become the ‘NRA of salt water fishermen’,” said Barry Gibson, former editor of Salt Water Sportsman and now RFA’s New England Director. “I was initially kind of skeptical, but from the get-go he tackled some pretty thorny controversies and I was impressed with the results. Few people have the understanding of both the management and political sides of recreational fishery issues he has, and that’s why he’s been so effective.”

“It’s still remarkable to me that Jimmy went right from captain to Capitol Hill, launching what pretty much became the NRA for recreational fishing while creating a model for political action at the grassroots level,” said Jim Hutchinson, Jr., managing editor of The Fisherman Magazine. “Jimmy always understood the huge impact politics has on recreational fishing, and not being what you’d call a shy man, his persistence at all levels of government staved off a lot of dangerously restrictive regulatory measures.”

As Bogan noted, “Jim has ruffled a lot of feathers in the process, but he’s been committed to calling out inequities, hypocrisy, and unacceptable compromises that limited recreational fishermen’s access to fishery resources.”

According to the RFA, Donofrio will continue to lead the political action team through the end of 2021, and will further assist the Board with the organizational transition into 2022.   Go to JOINRFA.org for more. 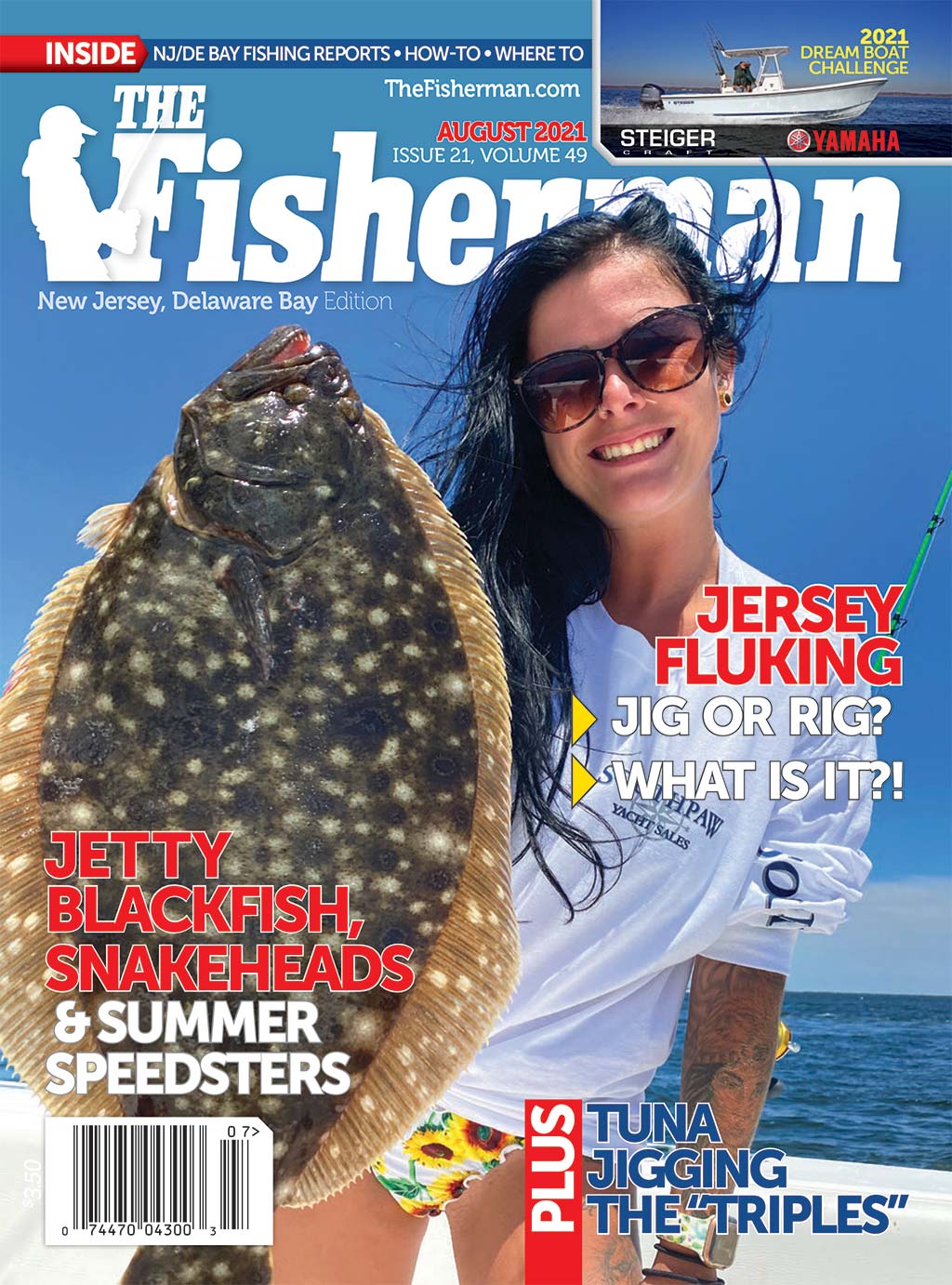