There’s something special about that first striper after Labor Day. Growing up at the Jersey Shore in the ‘70s and ‘80s there wasn’t really much of a striper fishery to speak of. Sure, there were plenty of folks fishing for them, but the spawning stock biomass was pretty anemic (under 20 million pounds) so surf success required a great deal of work, which seriously restricted participation. Personally I was too busy with high school sports (fall football and spring baseball) to really take advantage of the seasonal runs.

It was after I finished college and moved back home to LBI that those seven, magical stripes started to haunt me. By the mid ‘90s the spawning stock biomass had grown seven-fold, and where I had spent my teen years choosing between surf rod or surfboard, by my twenties that old G&S started collecting dust while my collection of rigs, rods and reels expanded. With the highest recruitment of young fish in history around ‘94, the heyday of our Atlantic Coastal striped bass fishery arrived with a bang in the 2000s with a spawning biomass topping out at nearly 180 million pounds of fish, ushering in a whole new generation of striped bass fishermen.

You know the rest by now; we’ve fallen below the threshold for overfished/overfishing consideration and sit somewhere around the half-way point between feast (2000s) and famine (1980s). This is the reason for the ongoing striped bass hearings, the last two for our tristate region taking place at 6 p.m. on Thursday, September 12 in New Paltz, NY, and also at the Bay Avenue Community Center in Manahawkin.

When I first moved to New York 13 years ago to work at our Long Island office, the striper stock was on pretty solid ground. Of course, a necessary and immediate task for any angler in a new town is finding home turf to fish. While Montauk may be Mecca to some, it was 2-1/2 hours from the apartment where I was living, so I ended up finding a fine stretch of beach just over the Queens/Long Island border. Don’t ever let a New Yorker give you grief about the price of a summer beach badge in New Jersey; while many of their beaches might be free, they’re also uniquely protected by restrictive parking rules and chain-locked gates overnight.

I remember one of my first post-Labor Day trips to Atlantic Beach, NY finding no way to access the beach pre-dawn. Mistakenly thinking I was still a younger man, I took to stuffing my plug bag underneath and clambering up and over the locked chain link fence. After getting my waders caught on top one morning and dangling for a good minute, clumsily trying to free myself, I began looking for other options for predawn trespass. Luckily another caster showed me a secret break in the fence behind a dilapidated old home. But there was this spot along the Deb’s Inlet jetty, where if I was first there at dawn and hit the rocks just right with a blue, Little Neck Popper, I’d invariably hook-up – 7 out of every 10 trips – on the very first cast. A couple of times I actually left the beach after just five minutes, a fresh 30-incher in tow, hoping to get home before the family had awoken.

But this month’s first surf striper may be even more special. For my wife and me, October marks our first full year in our new home in northern Ocean County, and I’m hoping it doesn’t take long to plug up a September striper along the newly replenished beaches of Bay Head. And with regulatory changes ahead for 2020, it could be my last chance of taking a fresh, 30-incher home for dinner. At least, for a while, as we strive to go from boom to bust and back again. 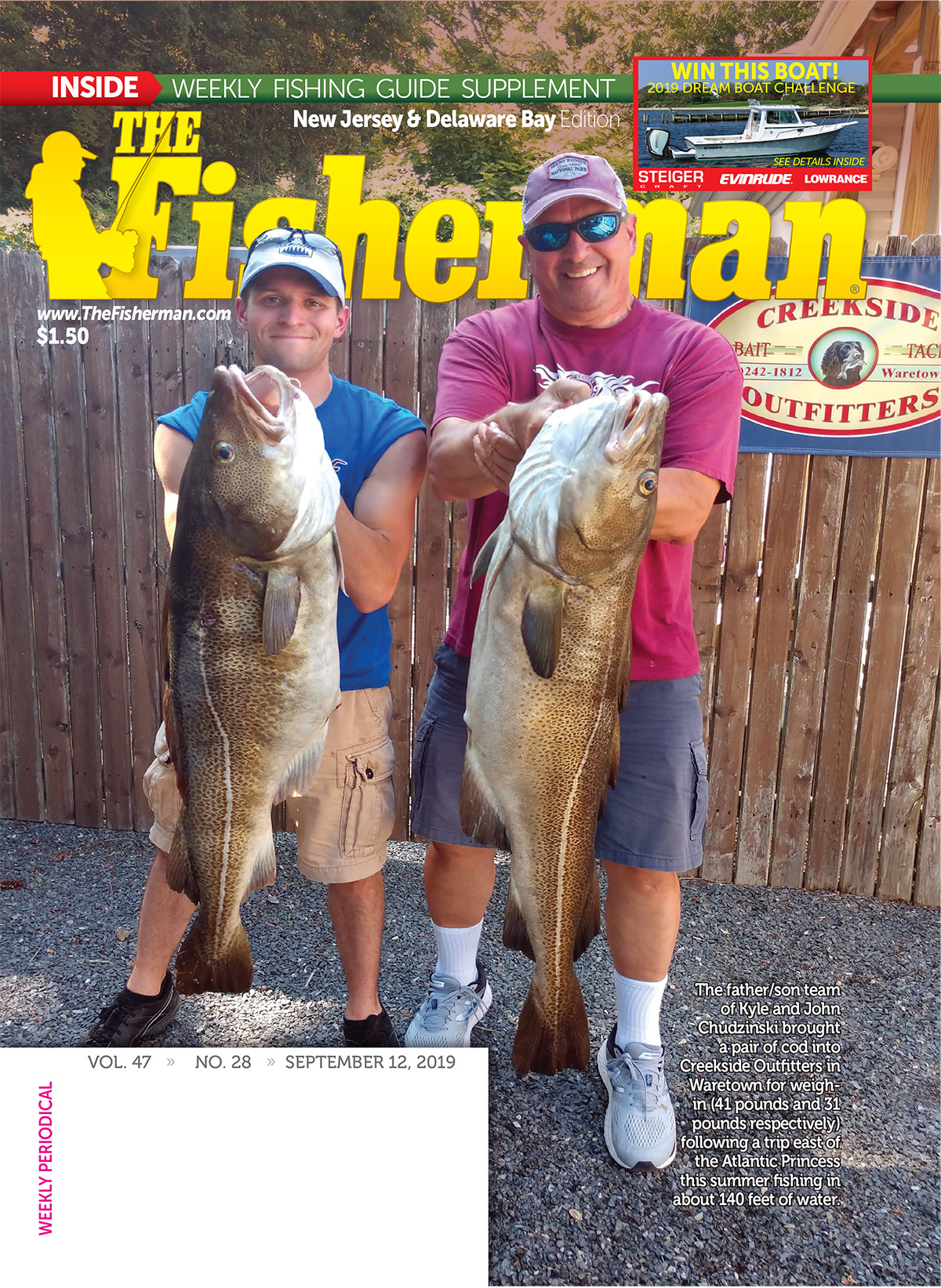