According to records obtained by USA TODAY, NFL linebacker Von Miller recently avoided legal action after being photographed posing with a hammerhead shark in April 2018 off the coast of Miami. Images of Miller holding the protected 9-1/2-foot shark by the tail in the cockpit of the boat Spellbound were a viral sensation last spring and ultimately led to social media backlash from PETA and other animal rights activists.

While Miller was not charged, the owner/operator of the boat was ultimately issued a $2,000 fine for shark fishing without the proper permit and for failure to release a shark in the manner that will ensure maximum probability of survival according to records issued by NOAA Fisheries.

Sure, a professional athlete is going to be subject to more intense social media scrutiny than the rest of us, but it’s easy to see the writing on the wall. Enforcement personnel do in fact monitor Facebook, YouTube, Instagram and other social media outlets, and I have no doubt that we’ll be seeing more fines issued based on what’s posted online, as well as in print.

For folks fishing the beaches right now and catching protected species like sandbars and sand tigers, this is important to remember. While Von Miller’s charter captain was ultimately responsible for that catch and release snafu, you’re the one that could ultimately be on the hook should someone decide that the photo of you cradling that brown shark at night is worthy of investigation.

Additionally, for those taking advantage of our outstanding bluefin bite, pay close attention to the highly migratory species (HMS) permit that you have. Specifically are the federal regulations at 50 CFR 635.21(a)(1) that reads as follows:

“An Atlantic highly migratory species… that is not retained must be released in a manner that will ensure maximum probability of survival, but without removing the fish from the water.”

Catch and release bluefin fishing has become quite popular as that stock has continued to improve. While outstanding table fare, retention limits are frequently updated as quota thresholds are met, which often results in one or two fish for the box and another half-dozen or more jigged or popped on lighter tackle for sport. Bring that bluefin out of the water for a hero shot however, and you could be looking at a hefty fine; same for white marlin. Hey, I don’t make the rules, I just try to stay on top of them best I can so readers and advertisers don’t get gaffed!

According to NOAA Fisheries, a 2016 study by Dr. John Graves and others from the Virginia Institute of Marine Science showed that by simply not removing white marlin from the water, mortality after release could fall from 33.3% to 1.7%. I guess if you’re going to get a good photo of that tuna or marlin before release, you might consider a Go Pro on a selfie stick to get that boatside, onwater release shot. If you’re shooting as I do with high-end digital SLR-style camera, use a wide-angle lens and have the angler lean over the gunnel with you as the pelagic is released.

There are quite a few regulatory options we’ll be looking at with regard to striped bass later this summer when the Atlantic States Marine Fisheries Commission meets, including possible time and area closures, increased size limits, potential slot options, gear restrictions like use of circle hooks, and increased education by working with anglers to lower hook and release mortality on released stripers; like keeping bass in the water you plan to release! 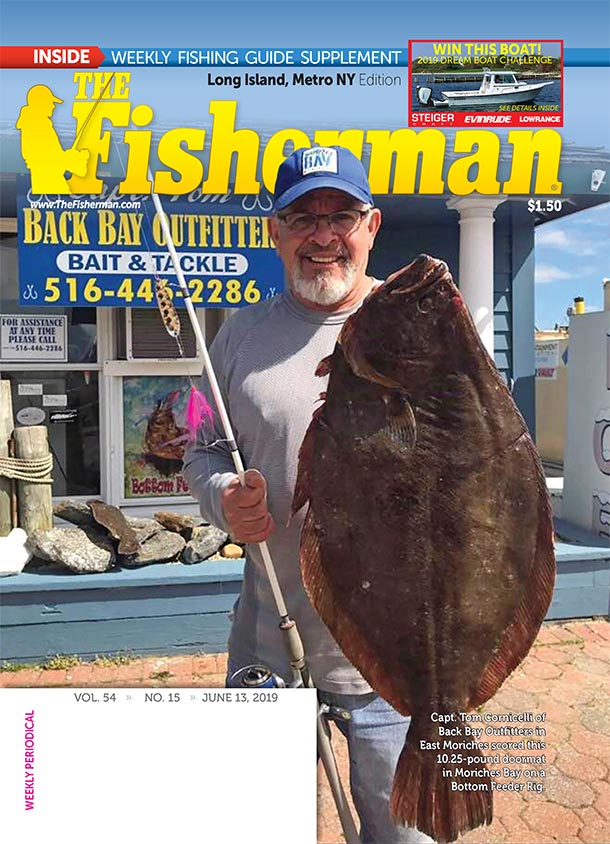