It’s easy to marvel at the might of nature, but it’s quite another thing to marvel at its ease and subtlety. So many things just happen, the final products of a quiet force that never ceases. The springtime transformation of land and sea is momentous, but it’s made up of these little things that just happen. The arrival of schoolie stripers is among them. The fish, each small and perfect in their own way, just kind of show up, sprouting sporadically, and then with building consistency, as pluckily omnipresent as dandelions. We all know where, and in turn, we fishermen also just kind of show up too, first sporadically and then all over the place as well;but most of us aren’t as cute as a schoolie or a dandelion, and so dies the simile.

It’s effortless fishing. You just show up. You just throw the little swim-shad. You just catch fish. Planning and forethought are at their nadir in the surf calendar, and honestly, that’s part of the fun. However, many start to hope for their first slot size fish of the season and they’re hoping that fish will just show up too. In our own lack of effort this time of year, we’re really riding the wave of nature’s subtle efforts.

The progression of the season delivers us the schoolies and we hope it will deliver us a slot fish in the same manner. The low range of the slot, that old familiar “28 inches”, is not exactly a barnyard critter of a fish. Catching the first fish of that size however gives your surf season positive momentum; a milestone in the year that indicates a progression towards things to come. It keeps you enthusiastic and engaged. But to get that first one, it helps to be a little enthusiastic and engaged already as it often means drifting off the schoolie haunts and into some classic surf structure. This can mean trudging off to the boulder fields, open sand beaches, and estuaries as some potential options.

What constitutes a “boulder field” can vary dramatically depending on which part of New England you fish. Regardless, what they all have rocks in common, and lots of them. They also mean actually getting in the water to fish, which isn’t very appealing in the numbing surf of April. Appeal aside, the fish are there. They will not be present in large numbers, but there’s a strong chance that the fish shacking up here will be on the larger size. You can almost count on fish in the 25- to 27-inch range along with the distinct possibility of hooking a slot fish. Tactics are going to be contingent on the variety of boulder field.

The shallow fields are usually far vaster than the deeper, sunken variety. Some are so large that they would be more aptly described as “rock bars” or “shoals” rather than “boulder fields.” They provide an abundance of wade fishing opportunities, but with access to only slightly deeper water on the end of the cast. These fields also have their share of bubbleweed and dead man’s fingers knotting up their rocks. All of this means snaggy water that lends itself well to topwater fishing. Any 4- to 5-inch topwater plug can be a contender, but it’s hard to beat the Rebel Jumpin’ Minnow in castability and effectiveness. I have only been “outgunned” on schoolie gear twice by unexpected, early season, large bass. Both times, the Jumpin’ Minnow is what got their attention. These fish were undoubtedly above slot range and are certainly an exception rather than a rule, but they are an extreme example of this plug’s ability to cull nicer fish from the micros. Far more commonly, I’ve had keeper size fish come bounding out of the water in pursuit of this plug. Other sound options for shallow boulder fields are the one ounce Gibbs pencil popper and 4- to 5-inch Danny swimmers.

Sunken boulder fields are just as they sound: made of sunken rocks and deeper. Not uncommonly, the rocks will be interlaced with a soft bottom and won’t be quite as dense with weed growth as the shallow fields. Significantly deeper water will often be found off of their tips, as well as throughout their expanse, especially around some of the larger boulders. Topwater plugs can still shine here, but the additional depth lends itself to subsurface lures as well, namely bucktails, especially when whitewater is present. Spring after spring, it never ceases to amaze me how consistently a bucktail jig will catch larger fish than the seasonally standard shad bodies. In fact, my first keeper of the season often comes on a bucktail. With their bright white blaze of flared deer hair, these jigs have a larger profile than most shads and catch the size fish to match. Jigs with less hair and a more compact profile lend themselves well to grub trailers, while more full-figured jigs with large profiles are better used with strip trailers. Both varieties in the half-ounce to 3/4-ounce range have their place in these boulder fields with wind and surf conditions dictating which gets the nod.

Open sand beaches are definitely on the road more traveled when it comes to early spring fishing. They are far more popular than boulder fields in early spring, and understandably so. It’s not unusual for there to be a mix of fish sizes on these beaches making it possible to catch quantity with some quality mixed in. You also stay pretty darn dry, which is nice when the water temperatures are barely tickling 50 degrees. While the open beach is a fairly ubiquitous prowl at this time of year, there are some small tweaks in approach that may up your odds of landing a keeper.

Since they were just mentioned, bucktail jigs again are the top choice here for coaxing out slot fish. If the grade of the beach is steep enough, crawling a bucktail through the undertow during the final 15 feet or so of the retrieve can be deadly. Only reel fast enough to maintain a tight line, let the force of the receding waves keep the jig elevated in the water. Your trailer and the muted pulsations of the bucktail will do the rest. Also, if you’re still there near sunset, a 6-inch Bomber Long-A fished through the same water very well may pull the biggest bass of your outing.

A final tip to up your odds for a slot in this setting involves identifying a particular piece of soft structure. Soft structure need not be majestic outer bars and plunging cuts. It can be any feature of the sand that aggregates fish, no matter how understated. The little hills and valleys of sand perpendicular to the waterline manage to attract keeper bass. It’s their manipulation of the wash that does so. Waves will more readily send water up the low points than the high points, so the water in turn retreats back to the sea funneled with greater force through these little valleys. What results are miniature rip currents marked by swirling plumes of white water extending from the beach. Early spring bass readily feed along these minute rips and working them all over, the edges especially, can be productive. Shocking you to no great extent, bucktails are superb here, but so too are other lead headed jigs. Essential to fishing either is fishing them slowly. Let the current do most of the work. The technique is subtle, but the hits often aren’t.

No two estuary systems are entirely alike, and furthermore, each estuary varies greatly in character along its own reaches. The fact that many of these systems host two populations of stripers lends some complexity to the situation as well. Early on it’s possible that you’ll find both migrating fish in addition to bass that have held over through the winter in these waterways. Some purists shun the prospect of catching a holdover bass come April as they pick each fish over for sea lice like a chimp late for a hot date. I personally could care less; they all travel up and down a river at some point, they actually wouldn’t be stripers if they didn’t. Regardless of holdovers or fresh fish, estuaries are an early home to larger specimens of both.

Fishing deep in the backwaters is often a holdover scene. Every holdover population has its share of larger fish, often larger than the migrating fish this time of year. This is good, but fishing the backwaters of a system with river herring is better. Odds are that these systems host even greater numbers of larger fish and the arrival of the herring slaps them out of their winter stupor in short order. These are fish feeding on fast moving, large bait. They are often aggressive and the best lure choices capitalize on that. This means larger, erratic lures, such as pencil poppers, spooks, and unweighted Slug-Go’s. On the more subtle end of the spectrum is an unloaded Red Fin, fished on the surface like a Danny Plug. Retrieved with some embellishments of the rod tip, this plug will tightly push water and scurry across the surface just like a buckey. The stripers will respond accordingly.

Fishing closer to the mouths of these systems more readily brings the chance for migrating fish. Early in April, this is often slower fishing than that found in any of the aforementioned backwater settings. However, the action builds well come the end of the month and into the beginning of May. Faster, deeper water in these spots will call for bucktails and soft plastics fished on leadhead jigs. Slower, shallower water lends itself well to weightless soft plastics, and even topwater plugs. Finding the crannies where these water types rub shoulders, particularly near points or bends, can often lead to catching. As a final note on estuaries, these are the only spots where I may sneak in a few after dark trips this early on. The action won’t be fast, but fishing Bombers and larger soft baits at night can pull some nice fish.

Twenty-eight inches is either a little or a lot depending how many years you’ve been surfcasting, or at worst, just how your season has been going. Regardless of that human drama, there’s a sense of accomplishment. It could be the first time for the season, or even for the first time ever. It’s a big deal because it keeps things moving forward. “Forward” is a good direction for your fishing as it’s the direction that everything else is headed in. Rather than rely on the progression of the season, instead make progression with the season.

The schoolie bite is a comfortable bite. Indulge in it for too long though, and you’ll be reading reports that will make you feel like a chunk of your year has passed you by. Catching that first slot fish keeps you hungry for chasing new fishing opportunities as they arise. It exorcises the troop of fish demons bequeathed by winter’s four month angling intervention. There’s no greater curse in fishing than feeling like you just can’t make things happen. It can ruin days. It can ruin seasons. Perplexingly enough, the only cure is to just make things happen. You know what I mean. The first slot fish is a positive affirmation that you can do so. Trying these environments with these methods, you just might do it earlier than you had thought. 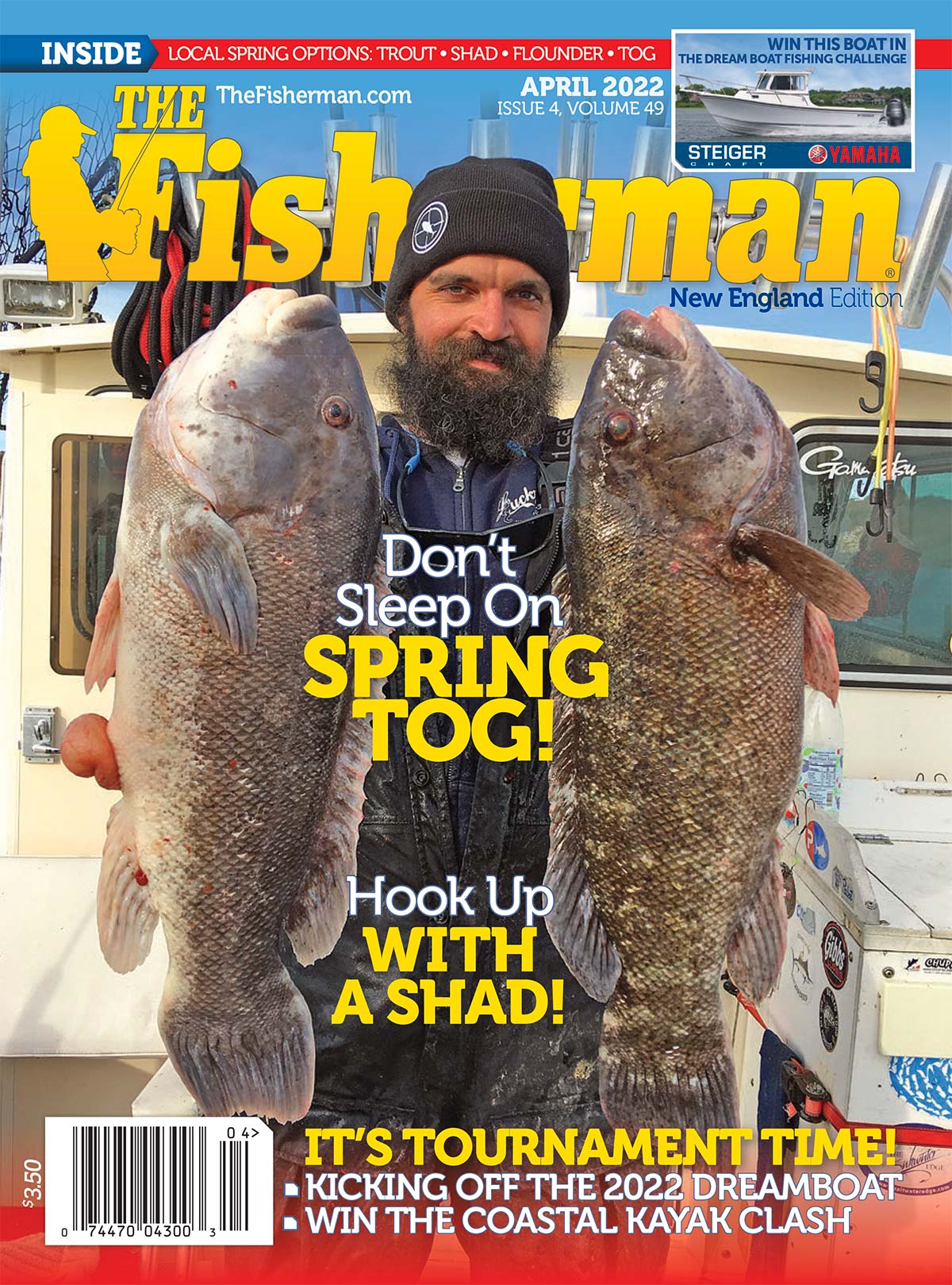