How science relates to improvements and advances in fishing technique.

According to Merriam-Webster, science “represents knowledge about or study of the natural world based on facts learned through experiments and observation.” In a literal sense, science is a knowledge-based discipline, part skill, and part art. And you could say the same about fishing, especially since the paths of science and fishing often cross.

While we may feel a sense of nostalgia for the ‘good old days’ of a cane pole and a can of worms, there is no escaping the fact that today’s anglers depend as much on science and technology as they do on their acquired fishing skills. The reality is that we encounter science at every phase of the game: rods manufactured from carbon fibers and space-aged nano resins, titanium reels, synthetic braided lines designed for diverse applications, and even “intelligent” artificial lures that appeal to all of a fish’s senses. Not to mention electronics that can figuratively pinpoint a sea lice on the snout of a striped bass swimming in 100 feet of water.

Science also helps explain the behaviors of bait and baitfish and the inter-relationship of other critical factors like tides, weather, and water quality. And consider for a moment professional freshwater bass fishermen. They utilize more powerful technology than what NASA employed during the first moon launch! And most of today’s tournament anglers feel that they relinquish a competitive advantage if they don’t fully embrace these advances in fishing technology.

Dr. Dave Ross is a world-renowned oceanographer and a Senior Scientist Emeritus at the Woods Hole Oceanographic Institution in Massachusetts. He has authored numerous scientific textbooks, and he also wrote, The Fisherman’s Ocean: How Marine Science Can Help You Find And Catch More Fish. In his book, Dr. Ross describes marine environments and ecosystems and the behavior of saltwater fish, and he further explores the factors that stimulate fish to act in specific ways; how they hear, smell, taste, and see, and how that translates to actions and responses. He also details how they migrate, where they amass; and how they travel with currents and tides.

As Dr. Ross explains, “Fish, to me, are very complex creatures, many having some senses that exceed ours in ability. For example, most fish can detect a scent a thousand times better than a dog. The ocean is very noisy, but most fish can still distinguish and detect sounds from bait or predators. Using and knowing scientific information about fish and their environment may help you to find and hook more fish. Still, even if it doesn’t, it should make your time on the water more enjoyable and make you appreciate fish even more.”

Also an accomplished angler, Dr. Ross says fish have remarkable sensory mechanisms evolved to detect and distinguish motion, noise, color, and scent. When translating those traits into useable fishing knowledge, he suggests that an artificial lure’s ability to imitate sick or dying prey is a critical design element in getting fish’s attention. He also feels that it’s essential for an angler to understand the physiology and behaviors of the gamefish they pursue and of the bait as well.

While replicating anatomical accuracy in an artificial bait is not critical, Dr. Ross suggests that understanding the impact of how a fish sees, hears, and detects scent is of utmost importance to anglers.

Many of today’s finest anglers have embraced science to up their game; take, for example, Greg Myerson, the current IGFA all-tackle striped bass world record holder. His bass of 81.88 pounds is indeed a magnificent specimen and an extraordinary fish in a long line of gargantuan stripers caught by one of the most prolific big bass experts fishing today.  Consistency of this magnitude only happens through hard work, time spent, and an understanding of big bass habits and physiology.

Among all the strategies and tactics Myerson employs to target giant stripers, his practice of applying scientific insights to his approach helps stack the deck in his favor. He believes that we must appeal to all the senses of large bass.  “I would tell anglers, that in my experience, fish hunt in this order: sound first; smell second, and sight third, using their eyes only for the final attack,” Myerson said.  So what does this all have to do with him catching monster striped bass? Myerson depends on sound technology as much as he does his rod and reel and has taken that science to the point of using and patenting certain sounds made by prey that striped bass feed on. He has also extended the decibel levels and frequencies of those sounds to his lures, baits, and terminal gear since he also believes that bass can distinguish between the sounds of different prey.

Greg’s methods are rooted in sound science and fish anatomy; his results speak for themselves. Myerson offered sage advice regarding lure selection for catching large fish: “Big fish are much harder to fool. You need the most natural presentations. The best size lines and fluorocarbons for the clarity of the water. The right twitches and bumps and Color schemes. But most importantly, the lure has to sound like something the fish recognize as food. Not just noise, they will be less likely to strike something that they don’t understand as food. The 20’s might hit them, but not 60-plus-pounders that have been around the block a few times!”

Fish “smell” via chemical reception; meaning fish can detect and distinguish chemicals, often in minute quantities. Fish can taste through taste buds located in the mouth, lips, tongue and face. Targeting a fish’s senses of smell and taste is at the forefront of science-based lure design. While researching an article on smart baits and lures, I had the opportunity to interview John Prochnow, Product Development Director at Pure Fishing and one of the innovators behind their Gulp line of soft baits and scent baths. “Our baits target and stimulate all response sections within fish and are designed to maximize scent, flavor, texture, action, vibration, and cosmetic appeal such as color and profile,” said Prochnow, adding “Under normal conditions, when fish are in a somewhat neutral or feeding mode, it’s important for all those artificial elements to work in concert.”

According to Prochnow there are conditions when one or more of those elements might prevail. “For example, in muddy or dingy water, a bait that appeals to a fish’s ability to sense scent and vibration is most effective; in clear water, appealing to visual acuity is key,” he said, adding “Flavor and texture tend to be the last elements put into play since, at that point, a fish has already been attracted to the artificial bait.”

One critical characteristic of effective artificial baits is an inherent capacity to mimic live or injured and vulnerable prey. All artificial lures are, in essence, deceptive imposters of live prey. Artificial baits with high “imposter quotients” are likely to draw more interest and, therefore, more strikes. Learn how fish react to the environment through their network of senses, and you will learn how to motivate them better to accept your artificial offerings. 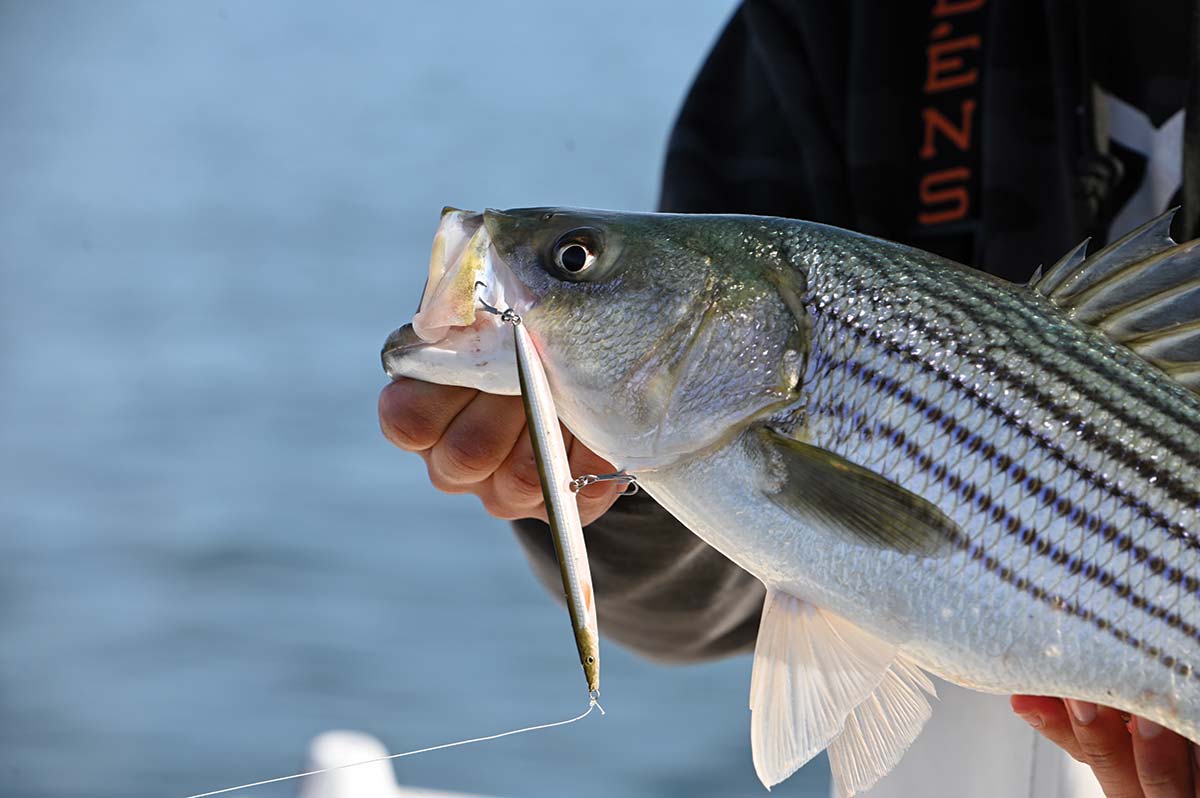 Chris Paparo, manager of Stony Brook University’s Marine Research Laboratory, does exactly that. In addition to holding a degree in marine biology, Paparo, a senior aquarist and diver is also known as the Fish Guy for his extensive knowledge of fish species and the marine environments in the Northeast. As an avid angler, Chris’ career and recreational fishing pursuits often intersect. And as a diver and marine photographer, Paparo regularly observes fish up close in their natural habitat. His observations have led to changes in the way he fishes.

“Having a better understanding of fish behavior through study and observation has allowed me to think more like a fish. Knowing how a fish might react under certain circumstances (i.e., tide, current, time of day, etc.) gives me an edge in knowing not only what lure or bait to use but how to properly apply it,” Paparo told me. “We are often taught various fishing techniques without ever fully understanding why those methods work. For example, when targeting fluke, it’s best to fish along sandbars. Why is this so? As an ambush predator, fluke will lie on the bottom, facing into the current while waiting for baitfish to be swept over the bar. As a diver, I have seen fluke work the slope of a sandbar. With this knowledge, I know where to present my lure to increase the odds that it will flutter past the mouth of a hungry fluke.”

His observations have also improved his blackfishing. “Blackfish are tied to structure, but not all pieces of the wreck will hold fish all the time. During slow water, blackfish will cruise the wreck looking for prey. As currents increase, they typically take shelter behind large objects and wait for food to come to them. When currents are strong, I try to get my rig to drift behind objects such as pilings or boulders where the big tautog are waiting out of the tide.” This marriage of scientific observation with angling technique can only lead to greater fishing success. The wise angler continually observes the environment, baitfish, and gamefish behavior to understand critical interrelationships and then applies that knowledge to their fishing tactics.

Today’s leading lure manufacturers engineer their lures with built-in “intelligence” that appeals to the entire spectrum of fish senses. Similarly, tackle manufacturers use highly sophisticated materials to create the strongest, lightest, and most responsive fishing rods ever made. Reels are engineered with compounds that are more advanced than those used in the aircraft industry. The realistic swimming action of artificial baits results from a balanced relationship between shape, length, and the lure’s opposing forces against water. To achieve this, lure designers study how fish move and how they propel themselves through the water.

Another critical element is shape and balance, which must work in concert. The turbulence created by that balance of dimensions influences water pressure and causes the bait to move in a lifelike manner. The hardest thing for a lure manufacturer to replicate is what predatory fish feel and sense when stimulated by a particular bait. The astute angler absorbs this kind of information from all sources.

As science engages in its perpetual quest for change and improvement, the fishing industry will continue to benefit from those advancements, whether old science or new, understanding the impact on your fishing and embracing that science in your angling repertoire will have rewarding results. 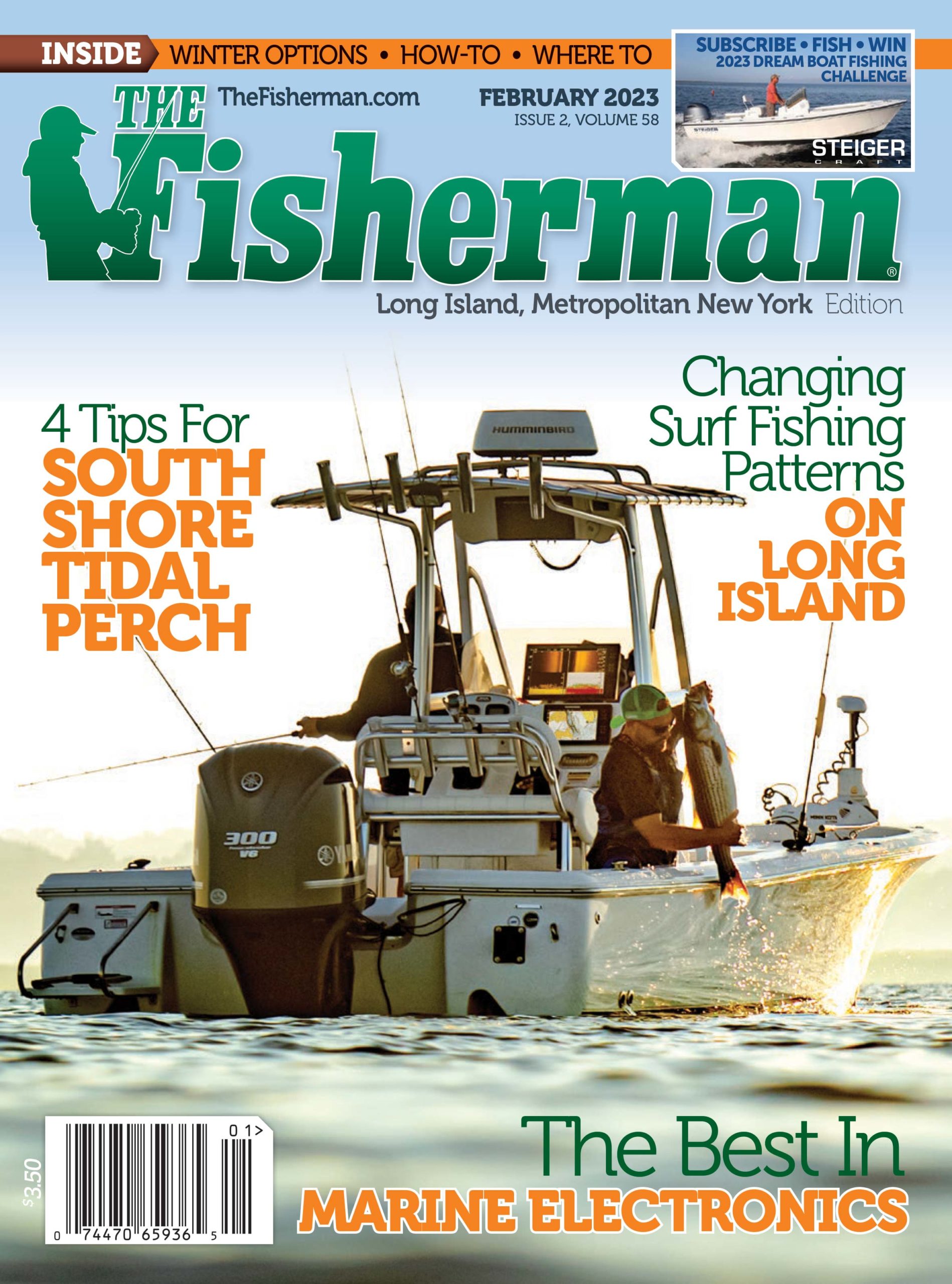