How to find success on these speedy summertime visitors.

Last year’s surfside bonito and Spanish mackerel run in New Jersey was historical. I simply couldn’t believe the fishery that descended upon the Garden state shoreline. Only once had I landed bonito in the surf way back in 2006, and never had I landed a Spanish mack. That was until last summer, where 30-fish mornings of bonito and Spanish were a daily occurrence; schools absolutely tearing through the suds from July through October. But it wasn’t just a Jersey thing as these exciting gamefish can be found from the Mid-Atlantic right on up into Southern New England. Here’s how to be in the right place at the right time with the right gear for success.

Starting with tackle, a medium rated rod and moderate flex with enough backbone and some lighter whip to it is recommended to battle the ripping, thumping runs, but it needs to be light enough with give so as not to pull the hook. I employ a St. Croix 7-foot, 6-inch Tidemaster Inshore rated 8 to 17 pounds (model TIS76MM), a Shimano Stradic 5000 reel, spooled with 30-pound Power Pro braid, then uni to uni knot a 5-foot section of 20-pound Seaguar fluorocarbon leader to which the lure is tied direct. Runs from bones and Spanish are absolutely heart thumping as their tail shakes literally shake the rod right out of your hands and airborne jumps try to dislodge hooks. A key component to success is to have the drag set light enough so they can pull drag running; a drag too tight will result in pulled hooks.

Spanish will vault out of the water like shot arrows; bonito are more apt to test your drag to evade capture. Both species’ schools will move 100 yards in the blink of an eye, and metal lures can reach them from the beach as they can both be cast far and get down into the strike zone quickly. When small baits like rainfish, spearing and bay anchovies are around, I’ve had much success with thin profile jigs like Williamson Gomoku 1.4-ounce jigs, Deadly Dicks, Ahi Deception jigs and Hogy Epoxy jigs. If peanut bunker are a main bait, go with 1-ounce Crippled Herrings. Epoxy jigs are light and will work better when fish are in close, whereas the Gomoku and Deadly Dicks can be cast a country mile to get to the roving packs. The key to any successful cast is to rip and reel, speeding the retrieve as fast as you can bring it through the water.

Success is absolutely about being in the right place at the right time as the schools move frantically fast back and forth. Set up and scan the shoreline first; see if you witness any fish jumping out of the water. Many times bones and Spanish will stick to an area, especially if you are reading baitfish rippling around in the waters, which keep the fish locked to the area. It’s hard to play “catch up” with the schools as they simply move too quickly to keep up with, but understand they are probably feeding in a large circular pattern, coming back around again in a few minutes. You don’t necessarily need to slog through the sand to chase schools, but it’s not frowned upon for sure if you have the stamina. I’ve noticed the bulk of activity will centralize around inlet areas where currents spill bait schools in and out with the tides, sparking fish to feed.

Sunrise hours the bite is hoppin’ with a general cut-off time around 10 AM or so, but I have seen schools busting rainbait throughout the summer afternoons. When waters hit downright tropical temps from 75 to 80 degrees plus, Spanish start going nuts. Most of the work is simply blind-casting, but if you do see fish breaking, cast a good 25 yards ahead of the direction they are swimming, past the school, then rip the metal back as fast as you can reel as the flash of the lure will pull fish off the main body to come strike. When I make casts, I give it a three to four count to allow the metal to sink down a bit so the fast retrieve does not have the lure grazing the surface. Already this July I’ve had double-digit days on Spanish macks and more bonito than I can keep track of from the beach. The first bones arrived in New England waters in late June, and by the time you read this they should be spread well from north to south! 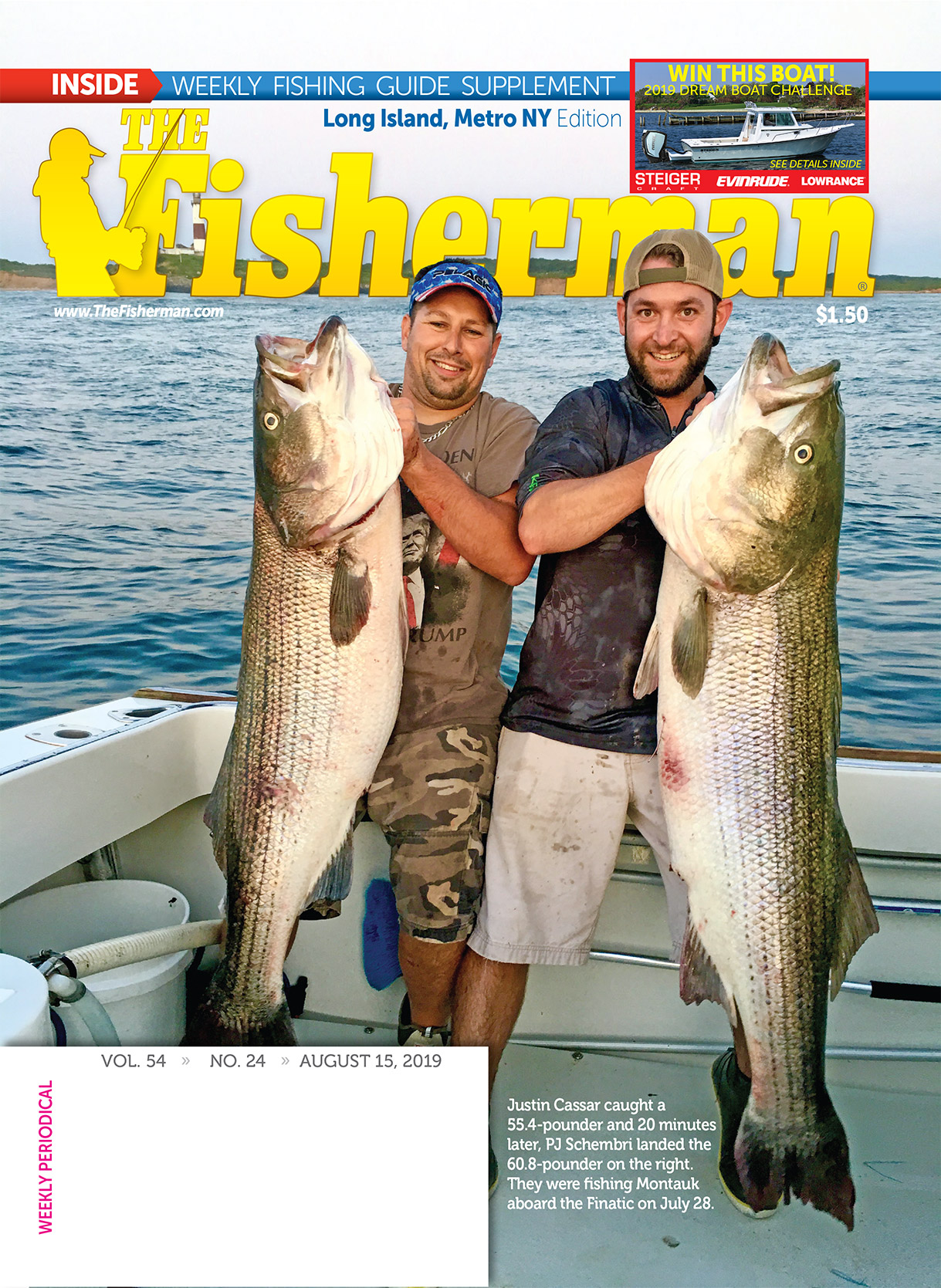