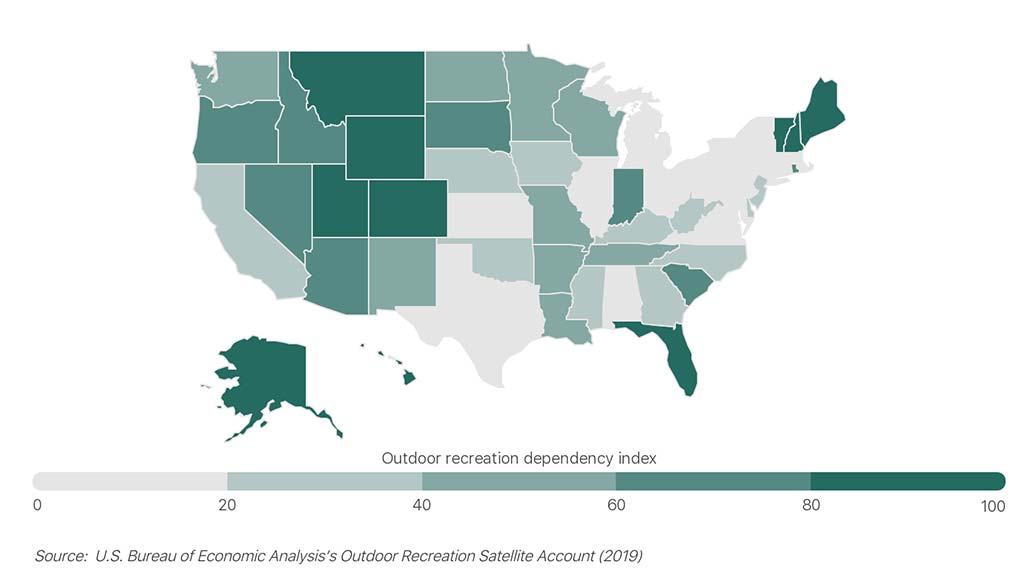 Over the past year, pandemic-related shutdowns inspired Americans to head outdoors to find open, safe places to relax and exercise in record numbers.

In 2020, 7.1 million more people headed outdoors, and overall participation in outdoor recreation surpassed 52% for the first time on record, according to the Outdoor Industry Association (OIA). Among the most popular activities was fishing, which drew higher numbers of participants across multiple age, race, and gender groups.

The surge in outdoor participation undoubtedly provided a boost to the outdoor recreation industry that was already booming before the pandemic hit. In 2012, the industry contributed about $350 billion to the U.S. economy. Heading into 2020, that contribution jumped to more than $450 billion. And with consumers heading outside in record numbers over the past year, the industry’s contribution to the economy is likely to grow.

The U.S. Bureau of Economic Analysis categorizes “outdoor activities” into a broad spectrum of hobbies and exercises, including: boating and fishing; sports like golf and tennis; RVing; festivals, sporting events, and concerts; amusement and water parks; and snow activities like skiing and snowboarding.

Among these activities, boating and fishing adds the most value to the economy, accounting for a nearly $25 billion impact in 2019. That number is likely to go up, as boat sales increased by 13% in 2020. Those who fared well financially during the pandemic likely had the extra resources to purchase a boat, either fulfilling a lifelong dream or providing their family with a new way to enjoy the outdoors.

For those on tighter budgets, fishing presented an economical option to enjoy the outdoors and time spent with friends and relatives. The number of first-time fishing participants jumped 42% in 2020, leading U.S. Fish and Wildlife Service Principal Deputy Director Martha Williams to tell OIA, “We are thrilled to see so many new and returning anglers enjoying our nation’s waters.”

Sports-based recreation and RVing were the second and third most impactful activities, according to Bureau of Economic Analysis data.

Based on these factors, Outdoorsy identified a diverse set of states—both coastal and mountainous—that topped the list. Notably, Hawaii was the only state in which outdoor recreation made up at least 5% of its GDP, employment, and compensation. In the Mountain Region, Montana and Wyoming stood out as the two states most economically dependent on outdoor recreation.

In New England, there are three states among the nation’s top ten states that are the most dependent on outdoor revenues; New Hampshire checks in at number 9 with 3.2% of the states GDP and with 4.1% of state residents making their living in the recreation business. Maine just missed the top five, landing in the six-spot; no surprise given that Maine is known as ‘The Vacation State’. Maine relies on outdoor activities for 4.2% of its GDP and 4.7% of Mainers rely on outdoor recreation to pay their bills. Vermont leads the New England states at number four, putting it ahead of Florida which might surprise many readers. The Mountain State derives 5.2% of its GDP from outdoor-based business and 4.4% of its residents make their living off of recreational activities. Rhode Island was the only other state in New England that registered above average for its dependency on outdoor revenue but it was not officially ranked.

Outdoor recreation is big business and it’s bigger than ever in 2021. If there can be, even the tiniest sliver of, a silver lining to the recent pandemic, it’s that it forced millions of Americans to get outside, and the data suggests that they’re going to stick with it. 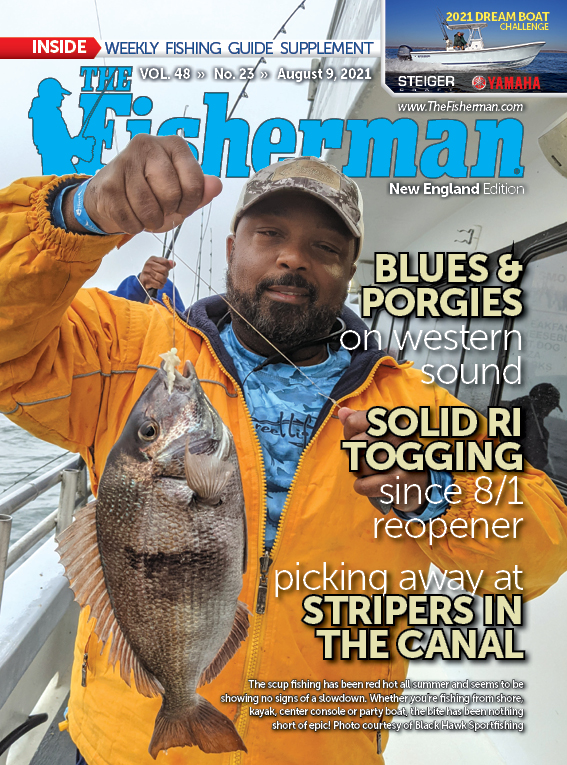