A combination of social distancing concerns and enforcement difficulties may result in the temporary prohibition of commercial rod and reel fishing for striped bass along the banks of the Cape Cod Canal.

Several weeks ago there were rumors circulating on the interwebs about the impending closure of the Cape Cod Canal to commercial rod and reel fishing for striped bass. Several online forums ran with the story, and a news agency put it out as fact. However, repeatedly unnamed sources were cited for the info, something of which I never feel comfortable running with. I’d rather be late to a story and have my facts 100% every single time than be first on a story but with false or incomplete information.

Well, after some searching, I was able to track down hard and fast verification of the proposal by way of a memo from the Massachusetts Division of Marine Fisheries. The memo is posted below.

ACOE opened the meeting by discussing their regulatory authority. Park regulations are located at 36 CFR and rangers are allowed to enforce these park rules. However, they do not have the powers of arrest and detention; if an incident escalates they must involve law enforcement. Rangers are also not allowed to patrol after midnight for self-defense and safety purposes (they do not carry weapons). Rangers also do not have the authority to inspect for or enforce state and local laws or regulations, including fishing rules. Lastly, ACOE legal counsel indicated that the project’s prohibition on unpermitted commercial activity does not extend to commercial fishing because there is no on-site commerce occurring.

ACOE went on to discuss their mission at the Canal. The Canal is primarily a shipping and transit corridor. However, the adjacent property is to be used to provide the public with access to a diversity of recreational opportunities. While fishing has always been a popular activity at the Canal, effort has increased in recent years. This was thought to be driven by social media, an abundance of large fish in the area, and the commercial value of striped bass. ACOE expressed strong concern regarding how fishing activity on commercial days and illegal commercial fishing activity on closed commercial fishing days was becoming incompatible with other recreational activities. Of particular concern, were user group conflicts, threats of violence, noise complaints, littering, public defecation, trespassing, parking shortages, and other nuisance activities. The problems have become so acute that the ACOE has hired police details (Bourne Police Department and MEP) to patrol the area during times of peak activity.

DMF reviewed the management of striped bass in Massachusetts and the status of the resource. Mike Armstrong stated that striped bass tend to set up in certain areas within state waters in response to forage and water temperature. In recent years, striped bass did not aggregate in many of the usual areas, except for the Canal. This likely intensified fishing effort in the area. Dan McKiernan explained that the current ex-vessel value for striped bass is about $5 per pound, making a commercial-sized fish worth about $100. This has created a profit motive that may encourage some illegal fishing activity for striped bass. Dan then explained that DMF may manage the times, manner, and places where fishing may occur pursuant to the authority at G.L. c. 130 s. 17A. This authority is not limited to managing for conservation, but may also be used to manage user group conflicts. In fact, there was precedent for creating recreational only zones (e.g., Harwich reef) and managing the commercial striped bass fishery to minimize conflicts with other recreational activities (e.g., July 3rd and 4th closures.)

Given this, there was also support among attendees to consider making the Canal a “recreational only fishing area”. If the Canal were to become such an area, then any angler retaining striped bass that measure 35” or larger or more than the one fish recreational bag limit would be in violation of the recreational only rule. This should improve enforcement and compliance and help validate enforcement tips from other anglers. Additionally, such an area would be compatible with the ACOE’s mission at the Canal and would likely help to reduce some of the ongoing user group and public nuisance issues. Representatives from DMF, DFG, and the MFAC stated that strong documentation of these issues would be needed to justify any additional regulation.

ACOE indicated that they would internally discuss providing DMF and DFG with a letter providing incident documentation and the challenges fishing intensified. Both Bourne PD and MEP also stated they would review their records from prior years regarding Canal incidents and determine if there were trends that pointed to elevated activity on commercial fishing days. DMF asked that this documentation be provided to the agency by mid-March. This would allow for DMF to discuss this with the MFAC at their March meeting and weigh the appropriateness of taking any emergency action (if warranted) to address this issue in 2020. 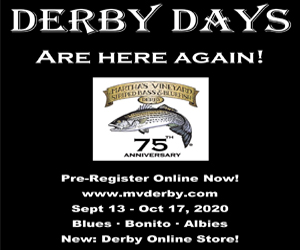