Over at River Bay Outfitters in Baldwin, it was a quiet week as I heard Paul was under the weather. Heres to hoping for a speedy get-well so Paul can get back out on the water.

Over at River Bay Outfitters in Baldwin, Paul reported the weather had the biggest effect on the fishing efforts these week. The low temps and wind kept most fly anglers home tying flies. River Bay Outfitters did run a Delaware trip with 12 anglers. Fishing out of Troutfitters in Deposit NY, anglers found high but fishable water. There was plenty of bug life but it was big white streamers that got the job done. The Beaverkill was lower and clearer, with plenty of rising fish. Most of the upstate rivers are a little high but very fishable even with the rain on Mother's Day weekend. The streams and ponds on Long Island are all a little high and off color. It will take a few days to clear and be fishing well. Paul knows of a few anglers that fished the Hempstead Lake and reported that the lake is turning on, like more lakes, it just needs a few more warmer days to start to turn on. This is the time of year that all fly anglers wait for.

Paul at River Bay Outfitters in Baldwin told me when the Salty Fly Anglers are able to get out, they have been finding fish. He has heard of catches from all over the Island. Salty Dog Outfitters have been posting photos of his customers with some nice bass that were caught in the Atlantic Beach Bridge area. Wayne has been fishing local parks and using a Gurgler and has been bringing in a mixed bag of fish. Kenny the Hat spent a few hours in the Jones Beach area and he was the only fly angler on the beach, but he was the only one that caught. In less than two hours he was able to bring in a slot bass and a few shad. Reports came in of a few blues but it will take some warmer days to really turn them on. River Bay Outfitters has many saltwater trips planned and they are the best way to learn fly fishing techniques for the salt. Check the schedule on the website at riverbayoutfitters.com. Paul finished by saying that you should hit the beach or grab a guide, this is the time to wet a line. 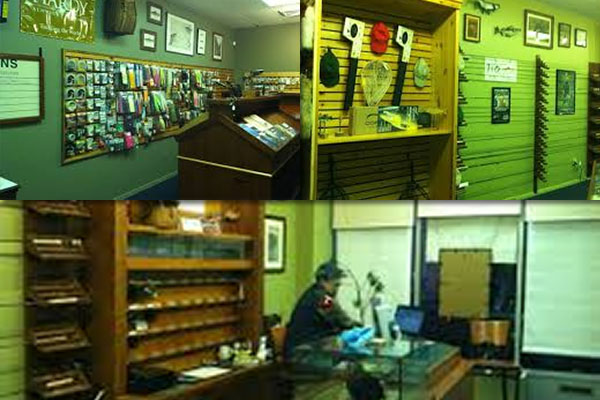 River Bay Outfitters is a new shop specializing in the sport of fly fishing. Owner, Paul McCain stocks a full line of fly fishing and fly tying products and is there to inform and education for anglers of all levels. Paul has been active in fly fishing for over 30 years welcomes fellow anglers to stop in whether it be to learn how to tie a new fly, get details on local waters, or pick up some tips and techniques. River Bay Outfitters is more than just a fly shop, it is a place to talk about fresh and salt water fishing and make new friends.