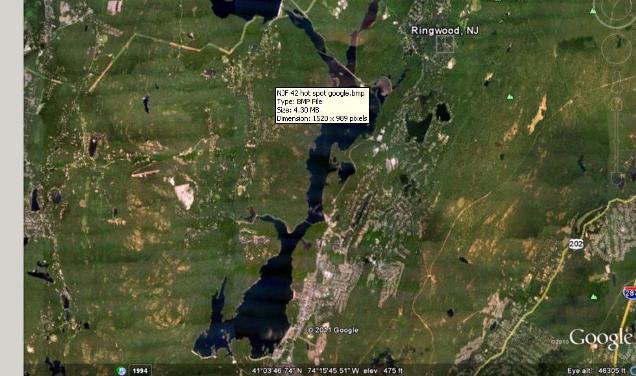 When it came “on line” in 1989, the 505-acre Monksville Reservoir in Passaic County was to be New Jersey’s premier stillwater walleye fishery.

Now over two decades later, it still is, at least on an ‘eye for venue’ size basis. But few recognize it as such because of the ‘eye gouging opportunities with bigger fish at nearby Greenwood Lake (1,920 acres) and Lake Hopatcong (2,658 acres)

“Monksville continues to be an excellent walleye location,” insists retired principal fisheries biologist, Bob Papson, who was instrumental in establishing the new impoundment as an ‘eye factory. But, it can be overshadowed by other waters that also offer great fishing. It’s a nice problem to have, don’t you think?

This is fine for the regulars who ply Monksville’s depths for marble eyes that will range anywhere from three to eight pounds. Less pressure makes for a quality experience, and this is amplified by the frenetic bite during the latter part of the Halloween month through December. Under the opaque mantle, it’s a walleye wonderland.

Ensconced within Longpond Ironworks State Park and easily reached via Passaic County Route 511 (Greenwood Lake Turnpike) off of state highway 23, Monksville has a maximum depth of 90 feet with an average of 43 feet. Subsurface structure consists of massive weed beds, sunken timber and brush, boulders, rocks and gravel near perfect walleye habitat. The forage base consists primarily of alewife herring, although the walleyes will also consume shiners, yellow perch and small bass.

When it comes to a three-fish ‘eye limit, it’s all about herring. The walleyes have near tunnel vision for alewives, and drifting one in the 15- to 20-foot depths is the most effective method. Some opt to double anchor and exercise a herring under a slip float in the same depth range, and this will also take fish. Bank based anglers can poke ‘eyes with either herring or shiners under a slip float in the 12 to18 reach, one killer location in particular being between the boat ramp and the dam.

By all means, do not overlook slow-trolling (power is limited to 9.9 Horsepower; two ramps are located on Route 511) deep running black/silver, chartreuse/white, rainbow trout, and silver/blue alewife profile shaped plugs such as a Taildancer. This tactic is especially effective on the larger fish as Indian summer gives way to the winter cold fronts.