I work hard for the fish I catch. Sure, there are those outings where you catch a keeper on the first drop or stumble across a wide-open blitz when you first cross the dunes or break the inlet. But most of my fish are hard-earned, so I always try to make the most of my success. This is especially true for any fish I bring back to the dinner table.

There’s nothing finer than dining on the thick, white filet of a respectable sea bass, blackfish, cod or other good-tasting gamefish. And yes, even the occasional, legally caught striped bass has its legion of seafood fans. But have you ever noticed how much firm, marbly white meat remains on the fish rack that gets tossed away? It’s enough to make a whole other meal!

The old saying, “The closer to the bone, the sweeter the meat” really rings true with the fish we eat. And it’s not hard to get that extra mileage from your catch ‘n fillet fish. Chances are you already have the tools, utensils and talent to stretch that prized catch into an extra meal or two.

Let’s take blackfish, for example. Even a barely legal, 15-inch specimen will work. Using a pair of kitchen, poultry or game shears, trim off the tail, fins and skin from the rack. Trim off any internal membranes, such as the stomach lining. Bend and crack the backbone in half and trim off with your shears. If your rack is larger, trim it into pieces about 4 to 6 inches long. On larger fish racks, trim some nuggets of meat off the cheeks, top of the head and collar. I’ll even save ribs that I filleted off a bigger fish to pick out the meat in between.

In a medium-size pot, add a quart or two of water, enough to cover the fish. Spice it up just a bit with a dash of salt, garlic and onion powder, and maybe a hit of Old Bay seasoning. Bring to a rolling boil, and add your rack pieces and trimmings. The cold fish and bones will stop the boiling, but the hot water will blanch and cook the fish. Set the stove low to simmer the fish for about 5 to 8 minutes. You’ll know it’s done when the flesh turns from opaque to white and looks like crab meat. Cool for about 20 to 30 minutes, then pour everything into a colander to drain and further cool your concoction.

Now for the fun part – picking the meat off the bones. While this process is labor-intensive, it’s no harder than picking apart a blue claw crab, and the meat actually has the consistency of crab meat. I swear it even tastes like a blue claw! Plus, there’s something immensely satisfying and atavistic about holding a picked clean backbone in your hand and then looking at a bowl of hand-picked fish meat. Just be vigilant about keeping all bones out of the meat.

Use your hard-wrought, custom-processed fish meat as a prized substitute in any of your favorite crab or fish cake recipes (see Fish Cakes by Nader). Most recipes call for about a pound of meat, and you should have at least that much from your cut-up rack, maybe even more. I’ve come to use a modified, Baltimore-style crab cake recipe from Andrew Zimmern to create my own unique fish cakes. I’ll dare say they’re as good as the filets themselves!

While our sportfishing community is blessed with a strong catch-and-release ethic, many fishermen enjoy seafood. The taste is even sweeter when you catch and cook something yourself, as you get to relive the fishing experience and tradition again. When you bring fish home, processing as much of your fish as possible shows honor and respect for your quarry.

Getting that meat off the backbone is ethical, thrifty and easy to do. You might even say it’s a piece of fish cake! 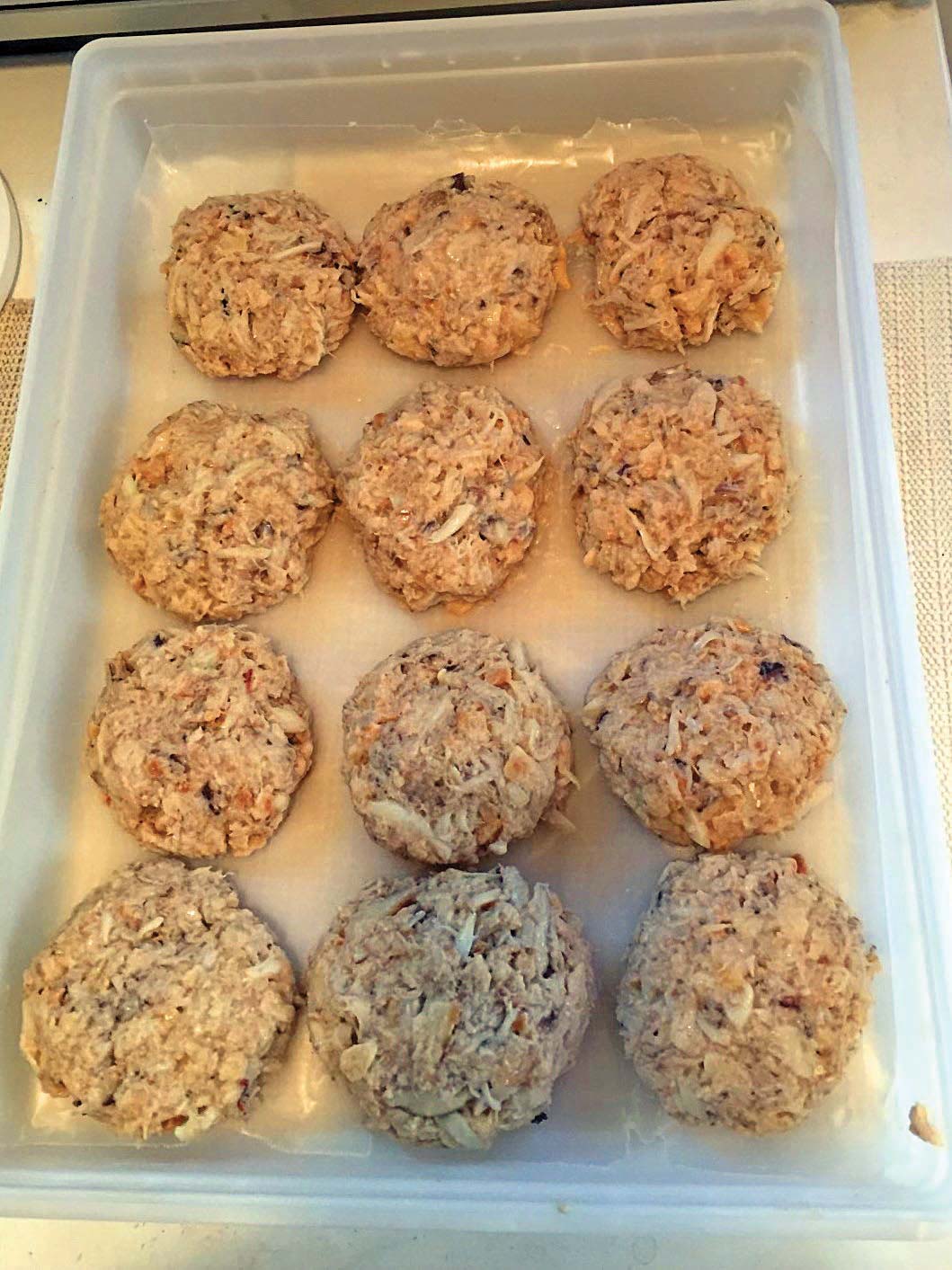 The following recipe written by renowned chef Nader Gebrin ran previously in The Fisherman Magazine and is archived under the Recipes section of TheFisherman.com at www.thefisherman.com/category/recipes.

In large bowl combine flaked fish, mashed potatoes, egg, onion, Parmesan cheese, salt and pepper. Mix until thoroughly blended then chill in refrigerator for about an hour. Shape the mixture into patties and dredge thoroughly in flour. Fry until both sides until golden brown.