A preliminary analysis of air quality data gathered during the COVID-19 pandemic by the Connecticut Department of Energy and Environmental Protection (DEEP)’s Bureau of Air Management has found that monitored levels for many air pollutants dropped significantly from mid-March to mid-April 2020. The positive results are due to a combination of a dramatic reduction in air-polluting emissions from transportation and commercial and industrial facilities following stay-at-home policies implemented in Connecticut and regionally, as well as normal seasonal factors. Connecticut suffers from some of the worst air quality in the country, especially along congested transportation corridors. Poor air quality exacerbates acute and chronic respiratory problems such as asthma, and cities such as New Haven and Hartford rank in the top 20 of the 100 largest U.S. cities where it is most challenging to live with asthma.

DEEP stresses that while the response to the COVID-19 pandemic played a significant role in these results, the temporary stay-at-home restrictions are not a solution to air pollution or climate change, and are already in the process of being lifted in Connecticut and in other states. In order to sustain the positive improvements to air quality observed during this time, long-term emission reduction strategies must be embraced, such as: stricter emission standards for all vehicle classes; an increased focus on building and transportation decarbonization; and continued decarbonization of Connecticut’s electric grid to meet the Lamont administration’s goal of a carbon-free electric grid by 2040.

Beginning in mid-March, Connecticut and many other states took unprecedented steps to slow the spread of COVID-19 by instituting stay-at-home policies. Almost immediately, there were fewer cars on the road, fewer airplanes in the sky, and business and nonessential commercial activity decreased dramatically, as did demand for gasoline. Electricity use also declined.

DEEP’s analysis of both satellite data and ambient air monitoring data from mid-March to mid-April shows the stay-at-home policies, in combination with normal seasonal factors and DEEP’s existing clean air regulatory framework, have resulted in reduced levels of many, but not all, air pollutants.

In its analysis of ambient air monitoring data in Connecticut for the period of March 14 – April 26, 2020, DEEP found:

DEEP notes that this data is preliminary, and will continue to review this data. However, at this time, it is DEEP’s assessment that the unprecedented reductions in fossil fuel combustion from a wide array of sources, including power plants, manufacturing and commercial activity, and significantly reduced light-duty vehicle traffic in both Connecticut and the greater New York City metropolitan area, combined with normal seasonal factors, have resulted in reduced levels of monitored air pollution which, if implemented through long-term emission reduction strategies, would have a positive impact on the environment and public health.

“The tragic disruption of coronavirus has given us a glimpse of what our future environment could look like if we invest in more clean energy and clean transportation solutions,” DEEP Commissioner Katie Dykes said. “The health of our communities and the future of our planet depends on it.”

In Connecticut, the transportation sector is responsible for 38.1 percent of economy-wide greenhouse gas (GHG) emissions, and more than 66 percent of nitrogen oxides, a harmful component of smog and other hazardous air pollutants. One exciting initiative recently launched by DEEP to improve air quality for residents while also addressing the climate crisis is its Electric Vehicle Roadmap for Connecticut (EV Roadmap), a comprehensive strategy for achieving widespread deployment of electric vehicles in the state. Other initiatives DEEP is involved in that contribute to lower emissions and improved air quality include the Energize Connecticut energy efficiency program, and the state’s growing renewable energy portfolio.

DEEP’s Bureau of Air Management has created four videos that explain the findings in greater detail, and also provide general background on air pollution, air quality, DEEP’s Air Monitoring Network, a review of Connecticut’s daily air quality forecasts and the air quality index, as well as things residents can do to help improve our state’s air quality. Every day steps residents can take to improve air quality include driving less, consider purchasing an electric vehicle, setting air conditioning units to 78 degrees in the summer, using LED bulbs and Energy Star appliances, using electric or hand-powered equipment and reducing the use of fertilizers and garden chemicals in your yard.

DEEP will continue to analyze its air monitoring data, and examine relationships between observed concentrations and changing emissions during the pandemic. 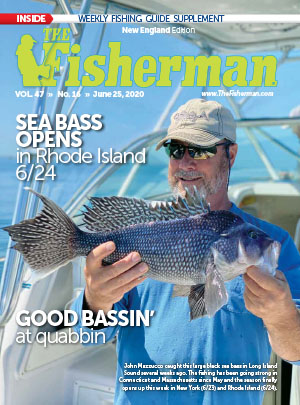