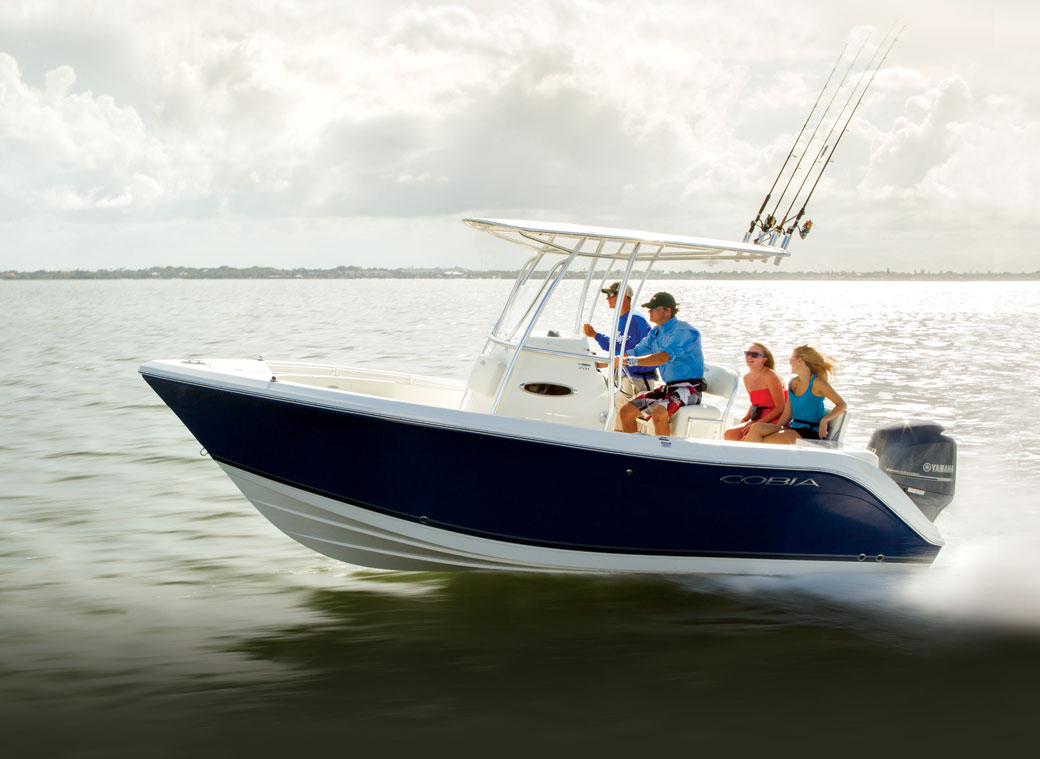 Beginning on April 15 and continuing for 230 days right on through to November 30, subscribers to The Fisherman Magazine battled it out for the coveted top spot in the 17th annual Dream Boat Challenge. For our 50th anniversary year, we decided to change some things up a little bit. Rather than rewarding the lucky angler whose name is drawn from a pool of eligible entries, this year we set out to reward the region’s best angler with the ultimate prize for any fisherman—a brand-new, fully-loaded fishing machine from Cobia!

The goal this past year was to reward the accomplishments of the region’s top, most diversified angler across a field of eight species—fluke, black sea bass, scup, blackfish, yellowfin tuna, bluefish, weakfish and mahi mahi. Anglers were allowed to hold multiple spots in a single species category, and each place held on the leader board would correspond to a set number of points (10 for 1st, 9 for 2nd, 8 for 3rd and so on.) The key to winning the grand prize, an awesome Cobia 201 CC, was to compile a solid resume of catches.

This new point-based system provided some unique opportunities to anglers and created plenty of drama along the way as anglers from each of our three regions moved up and down the contest’s top ten list based on the local hot bite. This past year’s ultimate champion had to put some thought into when, where and how he would work at claiming the top spot.

A change to this past year’s challenge was the removal of anyone employed in the fishing industry. The “fishing industry” was defined as any commercial fishing professional such as a charter/party/commercial boat captain or employee, tackle shop owner and employee, fishing guide, marina owner and employee, outdoor writer, retail boat sales employee and so on. Essentially the 2016 winner was going to be an “every man”, someone who just loves to fish and someone, essentially, just like you!

The eight largest of species winners— fluke, black sea bass, scup, blackfish, yellowfin tuna, bluefish, weakfish and mahi mahi—will also get an Okuma Azores Z-55S, a St. Croix TIS70MHM, a Global Fish Mount of their fish, lures from Atom and Acme, and a 1-year membership to Fishtrack.com and Bouyweather.com. All 80 finalists on the board will also get a prize package from Tsunami, Maxima Fishing Line and Owner America Hooks. Our fish of the month winners also win a pair of Costa Del Mar sunglasses.

Continuing the popular freshwater category for our king salmon seekers, at the conclusion of the 2016 Dream Boat Challenge, the subscriber who enters the heaviest king salmon will win a Sea Eagle Explorer 300x kayak valued at close to $1,000. King salmon entries do not go toward the Grand Prize point total as this is a separate category unto itself.

Ok, here it is, the moment that we’ve all been waiting for, the crowing of The Fisherman Magazine’s 2016 Dream Boat Challenge Grand Prize winner. If this was a live TV broadcast then I would recap the prizes, add in some cutaways to catches from the season, show clips of the contestants staring longingly at the camera and then go to commercial right about…. now! But I’ll save you the drama as that has been building since April and announce the winners. After a long, hard-fought competition through rough seas and calm, missed hits and solid hook-sets, stolen bait and broken lines, the 2016 Dream Boat Challenge Grand Prize winner is….. New England subscriber Vincent Deledda with a total score of 37 points. Second place winner of the trip to the Zancudo Lodge in Costa Rica, with a total of 29 points, is New England subscriber Chris Sottile with five spots on the final leader board (two black sea bass and three yellowfin tuna.) Rounding out the top three with 17 points was Long Island subscriber, Joseph Mole with his third-largest mahi and second-largest blackfish entries.

Our Grand Prize winner, Vinny, as he is known by his friends, secured five spots on the final leader board (two mahi and three yellowfin tuna) including the top spots in both the mahi and yellowfin categories. He also had several additional yellowfin, black sea bass and mahi entries which were eventually knocked off the final board. Followers of the Dream Boat Challenge will likely recognize his name since he has held a position or two on the final leader board on many occasions in past years including the top yellowfin tuna in 2015, so the fact that he took top honors in 2016’s challenge really fed into our goal to crown the region’s best angler as the Grand Prize winner!

Like a lot of Fisherman subscribers, Vinny fished hard this past year and made it a point to enter fish for the Dream Boat Challenge every time he set out for a day of fishing. From hunting doormat fluke off Montauk in the spring and early summer, to running his 24-footer out to Hudson Canyon in search of yellowfin and mahi in the late summer and fall, he loves competing in the Dream Boat Challenge and looks forward to it every year. As he put it when we spoke, “Winning the 2016 Dream Boat Challenge is the greatest compliment that [the Fisherman] could bestow upon me!” Well Vinny, we have to agree that you are a deserving champion. We look forward to seeing what you’re able to put atop the deck of your brand new Cobia 201 CC going forward!