Do you want to potentially catch six different species on a trip?

I’ve always enjoyed catching a variety of fish species; fresh and saltwater, especially if I catch them during a single trip. Of course, Montauk is famous for giving up a smorgasbord of species: striped bass in the morning, and bottom dwellers in the afternoon. Many trips have produced stripers, porgies, sea bass, fluke, weakfish, triggerfish, and of course, sea robins. Isn’t it interesting when you set the hook and you don’t know what you’re bringing up? I think it is.

Most segments of a season, however, feature an abundance of one or two species and they become our target. For example, many of us focus on drifting for fluke in Smithtown Bay in spring, porgies in late spring and summer, blackfish, porgies, and sea bass in autumn, and maybe tossing small bucktails and soft plastics deep in the harbors throughout the fall for stripers. That said, there are additional less-common species available in summer, especially for those of us who prefer shallow water light tackle bottom fishing. Summertime in Long Island Sound provides special opportunities to catch a greater variety, and yet many anglers overlook the possibilities. Why?

Primarily, I think we tend to focus on a target species. However, during the dog days of summer, most fish feed more casually and a good number of our target species leave the shallows for deeper and cooler water. We need to remember that by early July, most of the sand eels have retreated into cooler water and most of the peanuts are still too small to be of interest to larger fish. Besides, small peanuts generally avoid open water, preferring the harbors where they can hide in spartina covered shorelines or push themselves into inches of water. Even porgies will spread out a little more, searching for clam spat, worms, scattered little fishes, grass shrimp, and small crustaceans. Believe it or not, porgies like other fish, may be off their feed completely once in a while, too.

The water is warm, the fish are spread out because their food has, their feeding rate slows, and therefore they become more difficult to catch. I think that’s the perfect time to think about eclectic fishing opportunities. If this appeals to you, then consider a strategy that will provide the best chances for success. It’s easy to get distracted by reports, so as you develop a fishing strategy remember your goal is variety.

You might start by selecting a method that will cover lots of water, is non-specific to form or structure, and can be done with light gear. That would be drifting. I’m not suggesting that anchoring, chumming, and patience doesn’t offer any hope of catching a half-dozen species, but the task does become more difficult because chumming in summer often attracts hordes of tiny sea bass, bergals, sand porgies, as well as sea robins galore. Instead, I’m suggesting that drifting offers an advantage that shouldn’t be dismissed out of hand.

Since we don’t chum when we drift, we don’t accumulate a host of tiny critters that steal bait and interfere with the feeding of larger denizens. Drifting also covers more ground and thus improves the chances of finding pods of porgies, as well as other species. True, sometimes pods and schools of several species feed together, but in summer when fish spread out, it’s common for pods of different species to feed separate from each other. Therefore, drifting over a variety of bottoms increases the chances of catching different species of fish. So, I pick drifting over anchoring and chumming. Bottom type can be important, too. For example, porgies, weakfish, and sea robins are examples of fish that may feed over many types of bottom, while sea bass usually prefer gravel, rocky areas, and reefs.

Any shallow water summertime bottom fisherman knows that during the dog days it is possible to spend an entire tide anchoring, chumming, lifting the anchor and moving over and over. That’s great if you’re lucky and end up in a productive spot, but if you don’t, you’ve wasted a tide. Finding a “hot spot” can be challenging. In Smithtown Bay, Drew (my fishing buddy) and I frequently visit the same spots only to discover that the last trip’s bonanza is this trip’s failure. Although fish like to remain in certain desirable habitats at the height of the season, it’s different during the doldrums and anglers would do well to be as flexible as possible.

Let me offer an example of how a lack of flexibility can destroy a trip. I was fishing with friends between Hempstead Harbor and Manhasset Harbor for fluke. The previous couple of days my friend had enjoyed exciting action for fluke while drifting at a certain depth and within a specific zone. Given his description of how “hot” the action was and, considering how many doormats he’d landed, I couldn’t get out there fast enough. Anticipation was high as we made the first drift. Everyone was expecting a hard thump from a doormat fluke, but none came. By the end of the first drift some 20 minutes later, our enthusiasm had subsided significantly. In spite of that experience, we made another drift, and another, and another until I suggested a move. My friend said, “No, this is the spot. They just have to turn on and then we’ll start catching.” True, fish do not feed 24/7, but believing they will “turn on” any second can be a fool’s errand. Give it a chance, sure, but there comes a point when yesterday’s results no longer predict today’s success. After all, fish have fins and the baits they chase are mobile, too. The old song warns, “you have to know when to hold ‘em and when to fold ‘em.” Perhaps the fish moved 10 feet deeper to follow bait, or maybe they moved a mile west or east. Who knows? But, the only way to find out is to go looking. We didn’t, and we were skunked.

Drifting over varied bottom improves the odds of finding fish, and you’re covering lots of water. Drifting automatically cuts through areas where the fish may be feeding and you don’t need to make a move to find them. Since southwest breezes dominate in summer, we have a chance to not only move from shallow to deeper, but also move west to east. We drift by starting inshore, near the mansion, and allow the southwest breeze to carry us toward Crane’s Neck. This drift takes us from scattered rocks off the mansion, into gravel bottom, across the southern tip of a rocky elevation, then onto sandy bottom, followed by bottom that’s replete with slopes, and finally into rocky high spots just off Crane’s Neck. That’s not only a lot of territory, but also varied grounds. I kind of feel that if we don’t bump into pods or schools of fish along the way, then they probably are off their feed or we’re fishing on the wrong tide.

Flexibility also means taking advantage of options that become available on a drift. For example, on one drift we picked away until we hit the southern tip of the rock reef when suddenly the action picked up. I said to Drew, “hey, let’s go back a little and anchor and chum on that spot.” We did just that and as the chum began to work the sonar displayed an increasing amount of bait coming to the pot. First a flat line of maybe sand eels or spearing, and then roundish clouds that could have been peanuts. Then the chum and the bait pulled in fish. Now, in addition to bait, the screen began to show us larger marks and we began to catch fish; porgies at first, but others joined the feast quickly. Although drifting is often more productive in this mode, this was a case where anchoring and chumming worked better. That’s why we also bring chum even if our plan is to drift, so we have what we need to reevaluate our options and take advantage of what nature gives us. 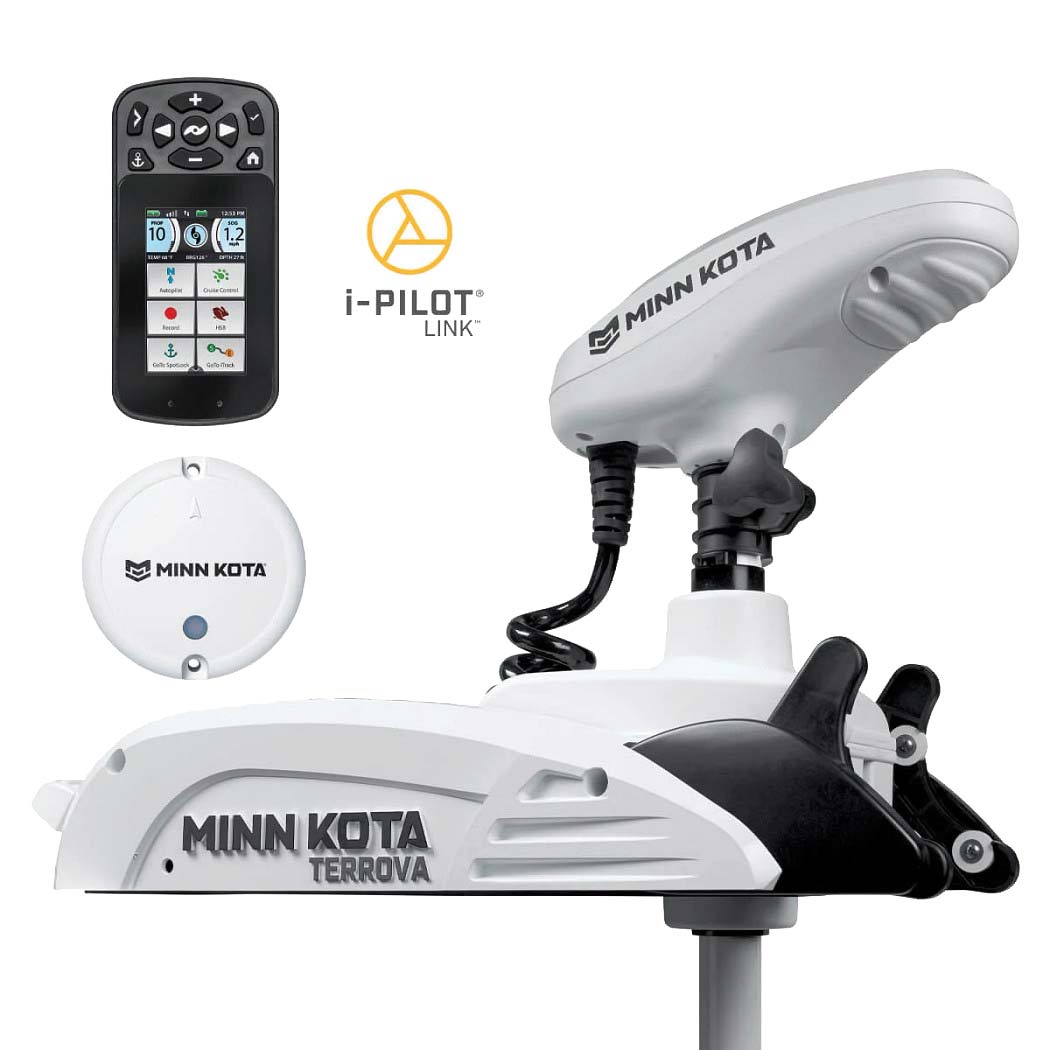 It wasn’t long before a few nice sea bass worked into the chum slick while the porgies got bigger and bigger. The sea bass came and went in shifts but there were other visitors. Whether you love them or hate them, sea robins can either be a nuisance or appreciated for their dogged fight. For us that day, they were not welcomed. Then it was blowfish, and nice size ones, too. I haven’t eaten blowfish since my childhood in Peconic Bay, and they are not the easiest fish to clean so they went back. A weakfish was next. It wasn’t the biggest weakfish, but it made several nice runs. Good fun! Although, it was legal, we just couldn’t kill it since the northern weakfish population is at a low point and because weakfish have been my favorite sportfish since I was a kid and first caught them in Peconic Bay. It’s hard to kill something that’s so close to you. The final visitor was a kingfish. Along the southern Atlantic coast they call them whiting, but to northerners they are kingfish. A member of the drum family along with weakfish, speckled sea trout, black drum and red drum, they are powerful fighters and a joy to catch. It was about 16 inches and the size surprised me since most scattered reports of kingfish have indicated a much smaller size. Yet, it was a small kingfish compared to the ones we caught decades ago in Peconic Bay. In those years, we routinely caught 3 to 5-pound kingfish and those big ones put up quite a fight. We called those big kingfish “baseball bats” because their shape was similar to the lumber of the sport, just like we used the same moniker for big whiting we caught at Montauk—those were the days—we anchored right outside Lake Montauk and caught those big whiting, with a variety of other tasty bottom fish too.

So, how about it? Do you want to catch maybe six different species on a trip? Try an eclectic approach and you may be surprised by how much fun you will have.