On May 7, President Trump issued an executive order aimed at promoting American seafood competitiveness. “America needs a vibrant and competitive seafood industry to create and sustain American jobs, put safe and healthy food on American tables, and contribute to the American economy,” the president said.

“By removing outdated and unnecessarily burdensome regulations; strengthening efforts to combat illegal, unreported, and unregulated fishing; improving the transparency and efficiency of environmental reviews; and renewing our focus on long-term strategic planning to facilitate aquaculture projects, we can protect our aquatic environments; revitalize our Nation’s seafood industry; get more Americans back to work; and put healthy, safe food on our families’ tables,” the president added.

The executive order has worried some folks in the conservation community, including many recreational fishermen. Aquaculture in particular is growing at an alarming rate, even though little is known of the impacts penned fish may have on our marine ecosystems. But just because the president talked about putting “healthy, safe food on our families’ tables,” it shouldn’t mean it’s all about commercially landed fish; the very idea that the commercial sector owns the word “seafood” is preposterous!

The Recreational Fishing Alliance (RFA) on other hand has seized on the president’s statement as an opportunity for anglers. “RFA sees absolutely no reason that recreationally landed fish should not be considered seafood,” stated RFA executive director Jim Donofrio in a letter to the newly created Interagency Seafood Trade Task Force. “Based on every definition we have reviewed, seafood is not a term that can be assigned exclusively to the commercial fishing industry.”

From the RFA perspective, the president’s order addresses actions which will benefit all U.S. fishermen. “Fishermen is a broad term that covers all individuals that catch or attempt to catch animals from the marine environment,” Donofrio said in his letter, adding “No one would ever suggest that the term fishermen excludes anglers that fish for recreational or personal consumption.”

On September 3, the United States International Trade Commission held a virtual public hearing regarding the import of seafood products obtained via illegal, unreported, and unregulated fishing, and how that might “impact the U.S. commercial fishing industry.” RFA intended to present the anglers’ case at the hearing, arguing that the recreational fishing community must be part of any national seafood debate.

“While not all recreational fisheries have a significant consumptive component such as marlin, sailfish and some other ‘sport’ fisheries, the primary motivation for many anglers is to consume their catch,” Donofrio said, arguing that there’s no rational reason why recreational fishing should be excluded from this federal effort. “RFA finds it insulting and disappointingly consistent with a long and unfortunate bias against the recreational fishing industry by NOAA Fisheries under previous Administrations,” he added.

In terms of staff, research dollars, and management funding, the U.S. Department of Commerce and its NOAA Fisheries have historically prioritized commercial fishing interests over that of the recreational community, something RFA would like to see addressed through the executive order. “We had hoped that this Administration would put both of these sectors on equal standing and acknowledge the important role that both play in providing the United States public with domestic seafood,” Donofrio wrote, adding “It is our expectation that these comments will spur the Administration to reflect on this oversight and provide equal interest.

The term fisherman covers all individuals who catch fish; by the same token, black sea bass, blue crab, Atlantic cod or summer flounder landed by recreational fishermen is just as much seafood as these same species landed by commercial fishermen. While it may be disappointing that neither the executive order nor the U.S. International Trade Commission’s agenda for the September 3 hearing recognize how recreational fishermen also “put healthy, safe food on our families’ tables,” let’s hope that our recreational fishing advocates can make that point abundantly clear.

Good news concerning access to Smith Point Outer Beach. According to the phone call I made on 9/10, the restriction on nighttime beach driving has been lifted for fisherman and there is now 24/7 access to anglers. Outer Beach permits can be purchased for $100 a year for resident Green Key Holders ($50 for seniors) and $250 a year for non-residents. A driver’s license, vehicle registration, and proper equipment are required to purchase a permit. Permits are available for purchase at West Sayville, Blydenburgh, Cathedral Pines, Cedar Point, Indian Island, Sears Bellows and Smith Point County Parks. In season, they are also available at Montauk, Cupsogue and Shinnecock East County Parks. The permit allows outer beach access to Smith Point, Cupsogue, Montauk, Shinnecock East, Cedar Point, Northwest Harbor and Orient Point county parks. The Recreational Vehicle Use permit includes access to designated beaches as well as night fishing in designated parks. 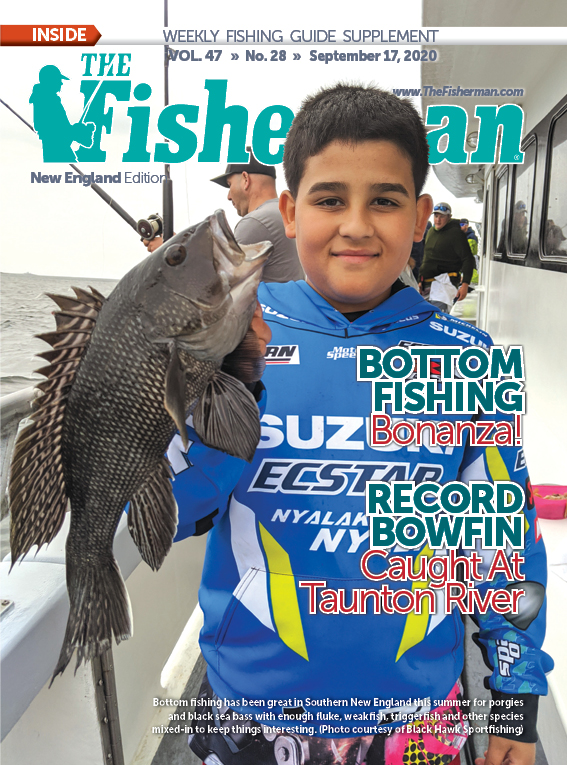