“Every year I’m puzzled by new fishing regs,” a guy said on Facebook, adding how the “complete ban of porgy, aka scup fishing, is beyond wild.”

“Where is this posted,” someone asks.

As a regular reader of The Fisherman, you no doubt saw this story either through our YouTube channel or our regular News Briefs.  However, it wasn’t until FOX News reported the story nationally in an interview with Capt. Willie Egerter of the Dauntless out of Point Pleasant that some folks took notice on Facebook threads.

“Post a link saying it’s going to be closed, not how to save it,” that someone responded.

Confused, I wrote back “Are you asking me to explain WHY the Commerce Department wants to close it,” while also posting the News Briefs item I wrote containing links to the federal announcement.

“No I’m asking you to post a link from NOAA, NMFS, Mid-Atlantic Fishery Management Council, or anyone who actually has anything to do with regulations,” the doubting Thomas replied, adding “I’ve been looking all day for any sources. I strongly believe this FOX News bit is just propaganda to get people stirred up for midterm elections.”

Think about this for a moment; if you’re a rabid conservative, you may believe nothing that’s broadcast on CNN or CNBC, while a left of center individual may view everything on FOX as partisan propaganda.  So when it comes to recreational fishing, if it’s not published, printed or broadcast on your mainstream media outlet of preference, does this mean no story exists?

Consider that a cautionary tale if ever there was one!

“Was that so difficult,” the critic responded.  I replied by saying, “I accept your apology.”

In fairness, the guy later admitted he was wrong, though he added “However it’s just a proposal.”  That’s true; and the 2009 black sea bass closure started out as just a proposal too, but President Obama put a lot of faith and support in his Commerce Department appointments at the time, a couple of whom have returned with the Biden administration 13 years later.  Remember, the president tabs his/her own Commerce Department head to lead NOAA Fisheries decisions; and not to get too partisan on you, but I did warn what could happen should Monica Medina and Jane Lubchenco return to NOAA.

Some wonder why I continually delve into the politics of fishing; honestly, who else is publishing this information?  Besides, depending on your mainstream news source of preference, would you even believe it if you saw it?

Editor’s Note:  On June 9, NOAA Fisheries announced “We are not implementing a closure of the recreational scup fishery in Federal waters as originally proposed.”  And that’s all the news that’s fit to print! 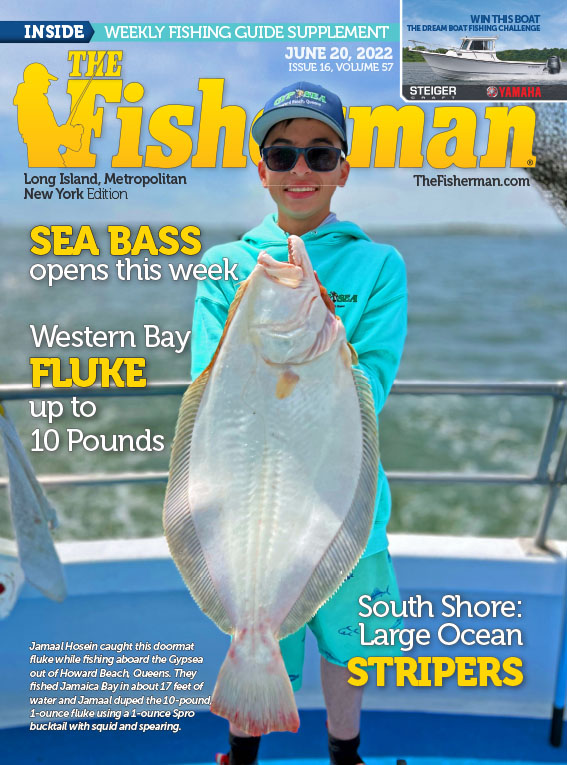