Last week while running my boat, I got a reminder as to why it’s crucial to perform preseason checks on your boat before taking it out for the season.

I had a friend of mine in town and he happens to be in the photography and creative content field. Naturally, he asked if we could take a ride on my boat, where he would bring along his camera and drone to get some photos and videos. We’ve done this before and walked away with some top-notch stuff so I was more than happy to make an effort for him. And besides, it was a nice enough day.

It was blowing out of the south/southwest, which can be a brutal wind on the South Shore so we trailered the boat to the opposite side of the island where we’d be protected. The ramp of choice was in Mt. Sinai Harbor. I also wanted to familiarize myself with this ramp for future use. I feel like a lot of ramps on the island can be different so using them at least once can help get a feel for how to smoothly launch a boat when the busy season at the ramp comes around. As a side note, I have to say the Mt. Sinai ramp is relatively easy to use compared to some of the other ramps in the area.

We shoved off and slowly made our way out of the harbor in the no-wake zone. Once I reached the end of the jetty, I opened it up a bit and headed towards Port Jeff. My friend deployed his video drone and followed the boat as we drove westward towards the entrance of Port Jeff Harbor. After a 10 minute ride, we were right in from of the harbor entrance, where I pulled off the throttle again. My friend recovered his drone and said it would make a great shot if the boat was beached and we got out to walk around and take some pictures. I carefully beached us and threw anchor, ensuring the boat wouldn’t drift away.

After 20 minutes of taking photos and exploring the high tide line on the harbor’s west side, I noticed a ferry coming in from Bridgeport. At first, I didn’t pay much mind to it but then after a more prolonged glance, I saw the sizable wake it was throwing, which produced four large swells heading for the stern of my boat. Keep in mind this usually wouldn’t be an issue if the boat was free-floating, but because the boat was beached, it wouldn’t be able to go up and down with the swells. It donned on me that these waves would break over the transom of my boat and fill it up with water. One after another, they added gallons of water to the inside of my boat as they broke. I had to scramble aboard to save my friend’s camera equipment.

All the water inside the boat now weighed it down to where it wouldn’t budge either. Luckily both of my bilge pumps went on and water was being pumped out from below and above the deck. This was the biggest sigh of relief for me. In a few short minutes, most of the water was gone and we proceeded to shimmy the boat back into the water since the swells pushed it further onto the beach. The motor turned right over and luckily, no damage was done except for some wet jackets.

When thinking back, it made me realize how these situations can pop up at any time when on the water. If my bilge didn’t work, I would have been in a far worse situation. The moral of the story is to check these things before heading out boating this season—they can make or break your day. 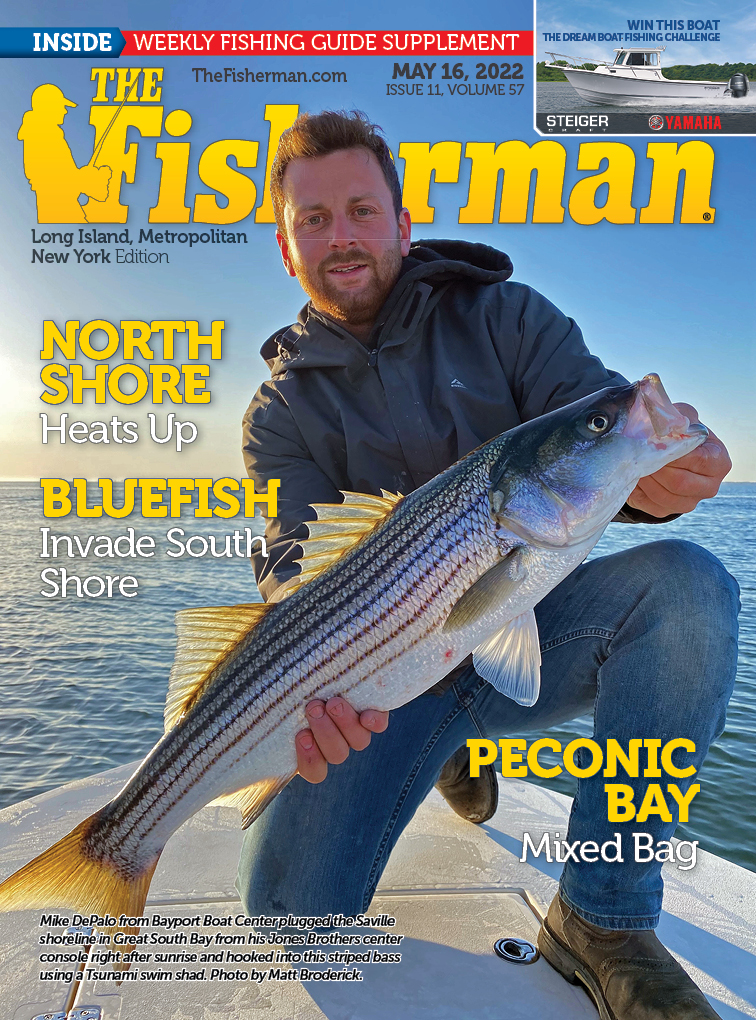