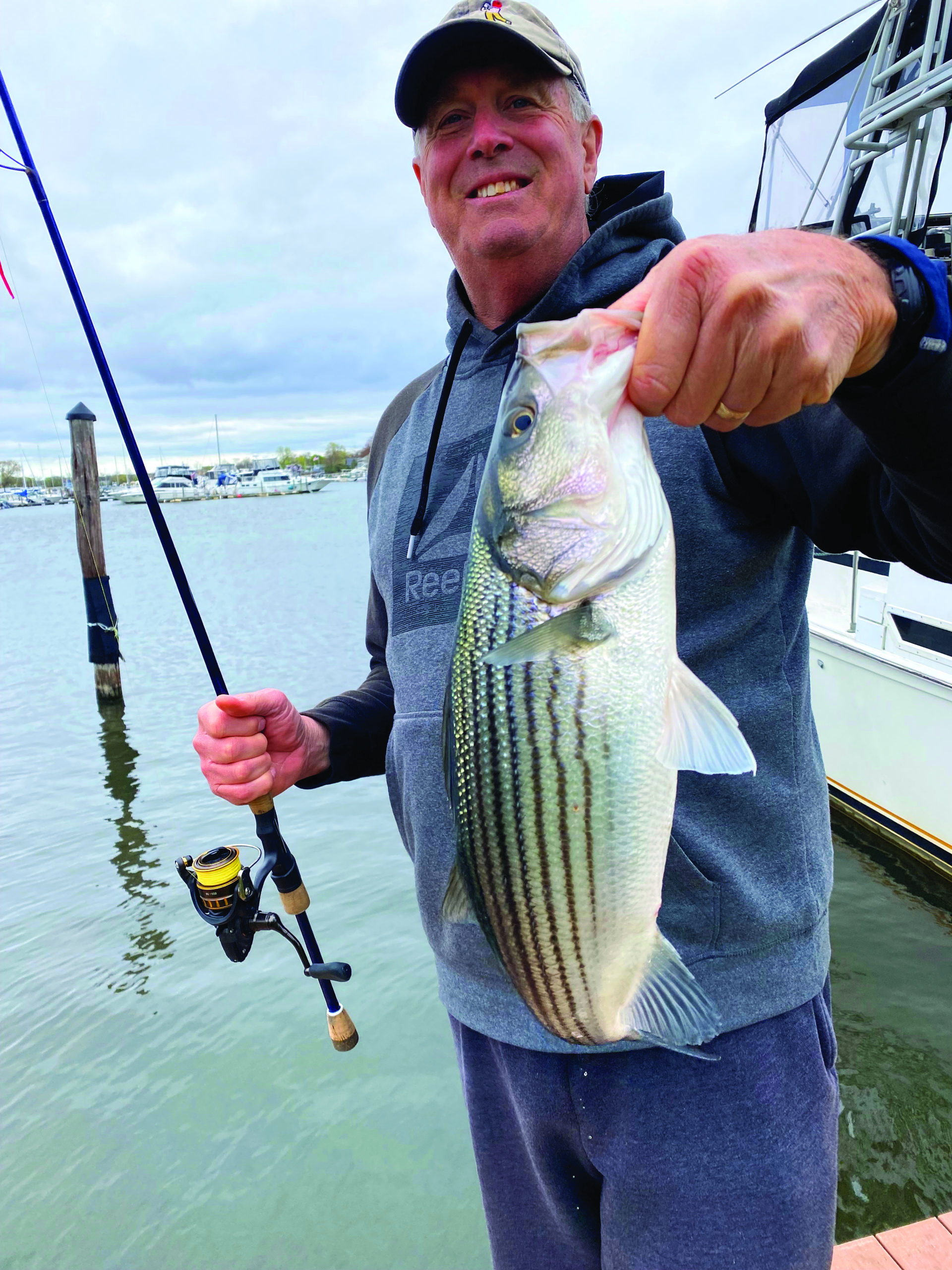 I guess we all partake in a particular activity due to outside influence from somewhere. I can attribute my initial involvement in fishing to my father, Richard Broderick.

Rich grew up in the county of Queens in the late 50s and early 60s. His earliest memories of fishing were upstate lake trips for bluegills with a family friend. Back on the island, he learned through friends and family to fish for snappers and the once prevalent flounder that existed in our waters. He was a regular on Moriches Bay and enjoyed past rentals, such as Tadsens, Cerillos, Skidmores, and the current Silly Lilly Fishing Station. He would tell me the stories from back in the heyday of the bay where flounder fishing was so good that you didn’t even have to chum, and you’d go through a flat of worms on a trip, yielding a bucket full of flounder. He also spent some time on the opposite shore renting boats from the current Caraftis Fishing Station out of Port Jefferson and Ralph’s in Mt. Sinai, which doesn’t rent boats anymore but is still a tackle shop location. He would enjoy bottom fishing for porgies and diamond jigging blues out of these harbors.

Some of his favorite trips from the 80s and 90s were his weakfish outings when the tiderunners ran big, and he recalled using a Mann’s Jellyworm tipped with a whole sandworm for them. Others included using the old-school Salty Dog, a bait that’s long gone now. He’d fish the various holes throughout the Great South Bay off Sayville and Oakdale for school weakfish, which he appreciated too. He always noted to me that the old dredge holes seemed to pay off well with the weaks.

Richard wasn’t much of a sport fisherman but more of an angler who enjoyed bending the rod no matter what he was catching. In more recent years, he would enjoy his togging trips, fluking the local bays, and the occasional striped bass fishing trip from the shore. Once in a while, he’d come across a familiar weakfish at the Shinnecock Canal, reminding him of the days on the bay or even a new species to him, false albacore at Shinnecock inlet, which he never had the opportunity to run across during his trips from years ago.

He also enjoyed freshwater fishing the local lakes for largemouth bass, pickerel or trout. Some of his older stories, dating back to the 60s, involved carp fishing a pond in Nassau County and fishing Belmont Lake and Southards Pond for pickerel with a small silver Sidewinder lure. This past spring, Rich helped stock the lake at Belmont for the Family Fishing Festival, being the trucks were present, and it was something he always wanted to volunteer to do.

While I surpassed my involvement in fishing over my father, probably just due to my overwhelming passion for the activity, he will continuously be accredited for getting me into the sport. Without the snapper fishing, party boat fluke trips, or freshwater fishing in Lake George as a child, maybe I wouldn’t have appreciated fishing as much as I do now.

Unfortunately, Richard left us on the 20th of May. One of his last trips came from earlier in the month at the local dock with me casting for stripers. We both had a couple of fish, and he asked me to snap a photo of him with his fish which happens to be the last one I have of him. I look at that photo often, and it makes me think about what he’s done for me.

He indeed was my number one fan and the best dad I could have had.