It’s hard to fully quantify the angling value of a pair of binoculars. I don’t consider myself to be a ‘binocular fisherman’, that’s a term I coined to describe the guys that only get out of the truck to cast when they can see that’s it worth it through their spyglasses. Please don’t take this the wrong way, I see nothing wrong with fishing like this, it’s just not how I do it. But binoculars can be a very potent and effective weapon for fishermen, especially in the fall. I have cycled through many pairs over the years, most of them cheap and of the type that wouldn’t even be considered “real binoculars” by someone who only uses the best.

These “cheap” binos have found themselves coated in sand and wrapped in wind-knotted braid after stowing away in the bottom of my surf bag for a season, but they were there for me the time I spotted an early morning beach walker out for a nude stroll one late September morning, giving me ample time to skedaddle so I wouldn’t have exchange ‘pleasantries’ with this person while trying to keep my eyes above the neck. Some were lost under the passenger’s seat for a year, found next to a dried out “beef jerkied” eel, but they were there for me one November morning, with hurricane surf heaving mountainous muddy waves onto the beach, I was able to see a patch of clear water exiting an inlet. My grandfather had died the night before and I trudged more than a mile over soft sand to reach the only clear water in sight. As I drifted an eel in the dappled, late-morning sunlight, massive waves standing on either side of the cut, I found myself trying to etch his image in stone in my head, converting each memory into indelible personal history, when a 38-inch striper took the eel against all odds.  No trophy by any means, but it was hard not to squint through the thin veil of clouds and wonder if he had played a part in this improbable catch.

Many more of these $20 fold-ups have been tossed into the trash when cleaning out my car; I just felt that it wasn’t worth the time to try to resurrect them. I have a much nicer pair now, my wife gave them to me a few years ago for Christmas. As I sit here roughing out the concept of this editors log, I’m looking out over Narragansett Bay watching the smoky apparitions of flocks of seagulls working over schools of unknown fish; all I can do is wonder if it’s worth it to wait long enough to guess where they might make landfall. My much nicer pair of binoculars is at home on my desk, where I use them to watch the deer in the field outside my window. But because I’ve seen how I treated my other pairs, I suppose I’ve been subconsciously conditioned to know better.

But it is true, with albie season in full-swing, those binoculars sitting on my desk would tell me everything I want to know about those distant schools working under the frantic birds. From behind the windshield, parked more than a mile away from the action, I can only make out the occasional burst of white beneath the birds. If they were albies I’d wait. Schoolies, bluefish or chub macks…I’d just keep driving down the coast. I have the technology to know the truth, and yet, I leave it behind because I don’t trust myself to keep it ‘nice’. What kind of sense does that make? 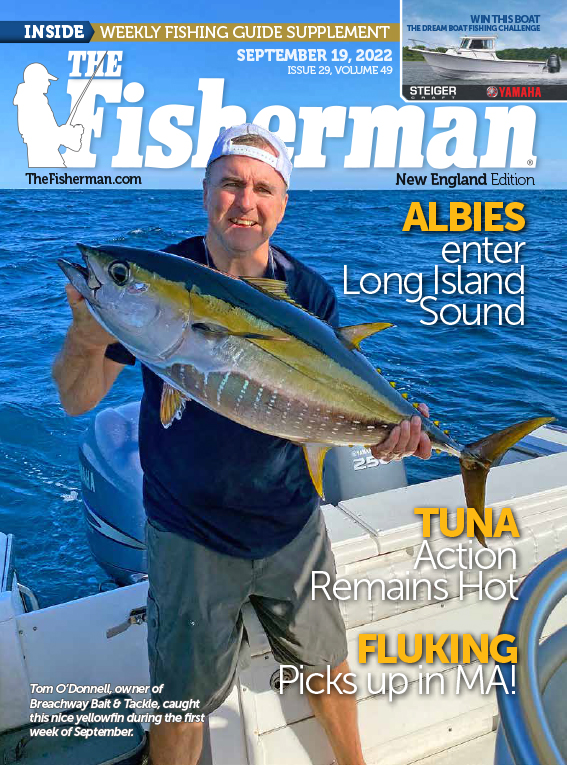