I’ve been encouraged by the number of parents and adults I have seen taking kids fishing, with the pandemic a primary factor as fishing became one activity that people could still engage in when many other activities were off limits. As restrictions have eased, I continue to see plenty of kids fishing alongside a parent or other adult family member, which is good news for all concerned. Children can benefit from the fishing experience in many ways. It can build long lasting bonds between parents or other family members and children. It can go a long way toward helping a child build self-esteem. It can develop respect for the natural world around us and all that live in it, and it remains the best and cheapest therapy for those times when life can seem like a struggle. In the words of President Herbert Hoover – “fishing cleanses the soul.” He could not have been more right.

So while taking kids fishing is great thing for a lot of reasons, there are other folks out there who can benefit equally as much from time spent with a fishing rod in hand. There are groups out there that support the Wounded Warrior Project by getting these heroes involved in fishing, and for some of those vets, fishing has changed their lives. Just last week we had the honor of fishing with some of these veterans during the prestigious Manhattan Cup. LIBBA hosted a group of disabled vets with a fishing trip and barbecue on the Robert Moses piers, but there are many other military veterans out there who sometimes get lost in the shuffle.

That became vividly clear to me when I received a call from John Hansen. John is a 90-year old World War Two veteran who lives alone in Center Moriches. He is basically blind in his left eye and his right eye is vision impaired. He cannot drive and instead relies on county services for transportation to the VA and shopping. As we spoke, he expressed an interest in getting back to surf fishing. The purpose of his call was to ask for help in acquiring used waders, a rod and reel and other tackle, which he wanted to pay for. He was also offering $20 to anyone who would take him fishing to a dock or beach and $30 to take him to an inlet. He also wanted to meet other surfcasters and perhaps join a surf fishing club since he no longer felt comfortable or mobile enough to go on a boat. He relies on a walker to travel any distance.

Artie Boyd, president of All-Island Surfcasters was the first to respond. He took him to the Sidewalk Jetty on the backside of Democrat Point but the trip was plagued by weed so he gave him the full tour of the outer beach and backside, which was enough to make John’s day. The club also provided him with a rod and reel. That trip to the beach made John realize that getting into a pair of waders and fishing an ocean beach or jetty was not very realistic at this point in his life, but there are other areas which could accommodate him and give him a chance at catching some fish and enjoying some time by the water. I will be taking John to some local docks in the weeks ahead where he should, god willing, be able to connect with some fluke.

John enjoys talking fishing so if you find some free time to chat, giving him a call might make his day. If you find yourself fishing alone one day and feel you can accommodate a 90-year old veteran living on his own, you just might make his whole season. John can be reached at 631-878-8572. 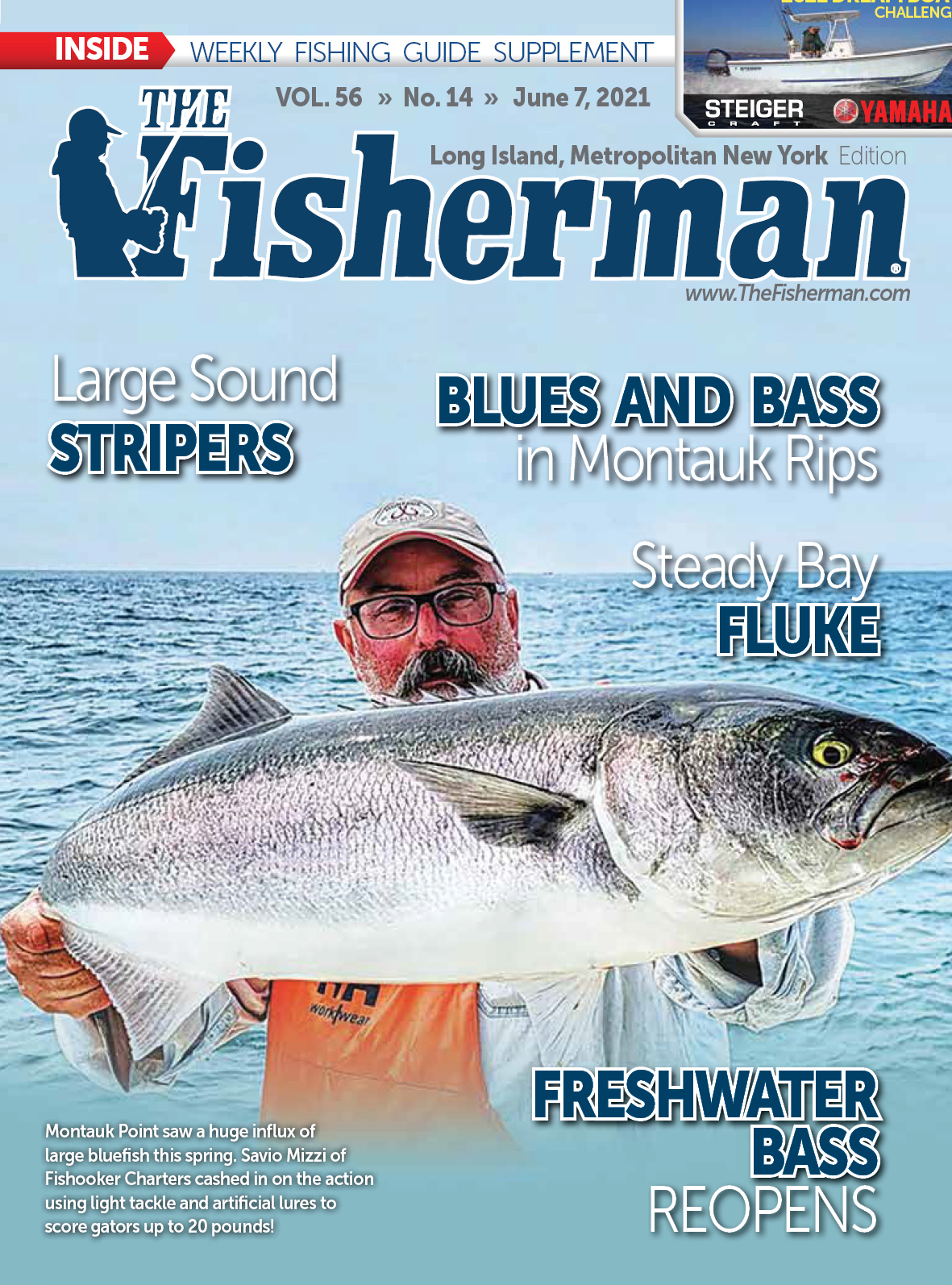