When I was first introduced to surfcasting, my mentors drilled me with the mindset to keep bites on the beach quiet. Don’t get me wrong; I do love sharing information with readers and friends. Still, after doing this for some years now, I’ve concluded that finding a bite and piecing everything together is much more rewarding than someone telling me where to go and what to throw on a specific tide at a particular spot. There is a big difference between spoon-feeding and connecting the dots on a well-placed hint. I firmly believe that learning to fill in the blanks will make each one of us a better fisherman.

A couple of weeks back, I went to a spot I typically fish this time of the year on the south shore of Long Island. As I pulled up, I was stunned to see at least 60 trucks on the beach right before dark on a weekday. I didn’t hear of anything, but this was a telltale sign that some fish were caught the previous night.

After fishing for a bit, a buddy of mine came over to say hello. I immediately asked, “What happened here yesterday?” He said there had been a good bite of big bass right at sunset the night before, confirming my suspicions. He went on to say that many of the anglers that showed up were taking significant fish way out of the slot range. He saw them carrying them back to their trucks and stashing them away. Luckily, someone called the DEC and when they showed up, they nailed a lot of these guys, issuing them tickets. When the news of the DEC being on the beach spread through the line of casters, several of the anglers with oversized fish got scared and threw them in the rocks by the jetty to avoid fines.

I didn’t believe it at first, but after a short walk, I saw with my own eyes several 30-pound stripers in between the rocks from the night before. This sight infuriated me. First off, these people dared to keep illegal-sized fish, then they got scared and didn’t want to take responsibility for what they did, so they ditched the fish to rot in the rocks. These fishermen weren’t sportsmen, they were poachers. As I continued to survey the area I found the filleted carcass of a 40-pound class striper and saw that many of the trucks parked on the beach didn’t even have the proper permits!

After cooling down from the terrible sights I saw, I went down to the beach and took some casts. I landed a couple schoolies and within a matter of minutes, I had four guys casting to my left and right with 15 feet of me after they saw me land these fish. It wasn’t long before one of them crossed my line which ended in a frustrating tangle. At this point, my night was over, and I left.

Keeping a bite quiet goes a long way. If this bite had been kept under wraps, all those big fish wouldn’t have succumbed to the fate of illegal poaching, the anglers who initially found the bite would have had a much more enjoyable time the next night, and I wouldn’t have left fed up with what I witnessed.

I can only hope anglers learn from things like this. Anyone who enjoys surfcasting should know these practices are unacceptable. 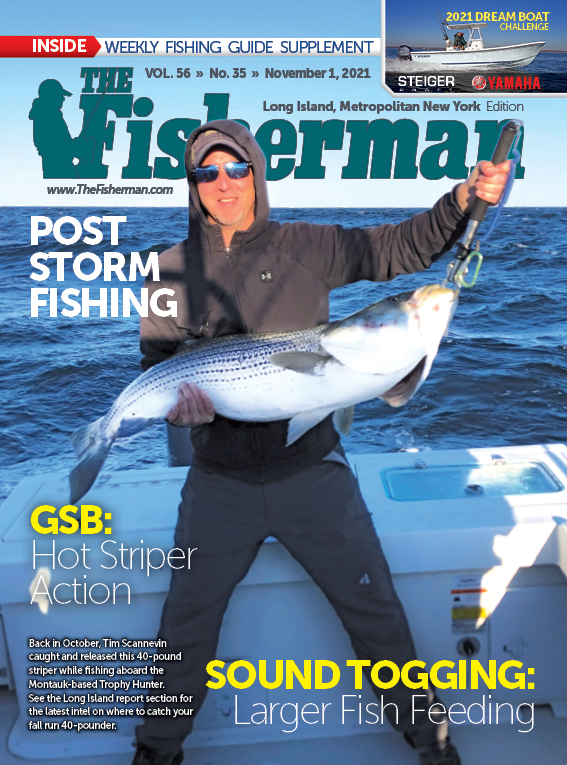