While an array of different species help usher in the month of May, one of them brings out the most enthusiastic, secretive, tight-lipped angler in all of us. This species I’m referring to is the elusive weakfish.

In its heyday, these fish were prevalent with “tiderunners” size specimens.  While fish are still around to catch, the word “tiderunners” isn’t as commonly used when describing them. Still though, with some effort and proper planning, the possibility of catching one of larger size isn’t out of the question at all. In the process, you will still have fun catching juveniles which seem to have made a bit of a comeback in recent years. Predictability still exists in the marshes of New Jersey through the Peconics of Long Island and up to the West Haven Sandbar of Connecticut. Besides, who doesn’t enjoy the hunt for an elusive unicorn “tiderunner”? It only makes the catch more memorable.

According to the Atlantic States Marine Fisheries Commission (ASMFC), “Warming of coastal waters in the spring prompts an inshore and northerly migration of adults from their offshore wintering grounds between the Chesapeake Bay and Cape Lookout, North Carolina to nearshore sounds, bays, and estuaries. Spawning occurs shortly afterward, peaking from April to June, with some geographical variation in timing. Females continuously produce eggs during the spawning season and release them over a period of time rather than once”

Usually during spawn these fish have a severe case of lockjaw. Some start to feed at the end of April but the bite will pick up drastically over the course of May which puts you right in line with the kickoff of The Fisherman Magazine’s Dream Boat Challenge and Coastal Kayak Clash.

Weakfish happen to be the fish of the month for the Dream Boat Challenge which means if you enter the heaviest weakfish in the month of May you will win the fish of the month prize. As for the Coastal Kayak Clash, no monthly prizes are awarded but you can rack up some serious points and get in contention for the grand prize.

Now while weakfish may be tricky to catch at times, and bigger ones even more so, they can be hooked if you imply the right techniques. Springtime is the right time to target your trophy weakfish. As spring turns into summer, the fish seem to spread out and most catches are made up of smaller sizes.

When targeting weakfish, fish the change of tides. Again going back to the name “tiderunners” weakfish seem to turn on with the switch of tides. My advice would be to fish the end of one tide and if it’s not happening, don’t give up. Stick around for the turn, the fish just might turn on like a light switch if you do. A seemingly hopeless trip can turn around real quick with a little patience.

Let dissect the actual name of the fish now. The word weak for example. They don’t call them weakfish for nothing. Due to the fragile mouth structure of a weakfish, the name was derived. Throw this into the equation of a fish that is already elusive at times and you have a real challenge on your hands. The solution though is to use proper tackle when targeting them. For me, I really scale down to some light stuff. I’m talking freshwater, light action rods with 10-pound braid. I keep the leader end light and direct. A 12- to 15-pound fluorocarbon leader will serve you well. The leader is attached to the braid with a Uni-to-Uni Knot and the leader is tied to the presentation with an Improved Clinch Knot.

For the presentation, you have a choice of fishing artificial or bait. Both have their better days. The best possible thing to do would be to bring both on a trip and fish both until you get a feel for which they prefer on a certain day. If I have a choice it will always be artificial as my first pick. I consider Bass Assassins, RonZ’s, Fin-S Fish, Berkley Gulp, Fishbies Fight Club lures and small bucktails to be great options.

For those looking to try bait, sandworms or squid are weakfish candy. Fish them in different depths in the water column with either a large split shot or rubber core sinker on a 3/0 baitholder hook or even tip those weakfish treats on a Bridgeport Diamond Jig for a little extra allure. Being prepared and knowing what to do beforehand when targeting weakfish is always going to give you the needed edge. 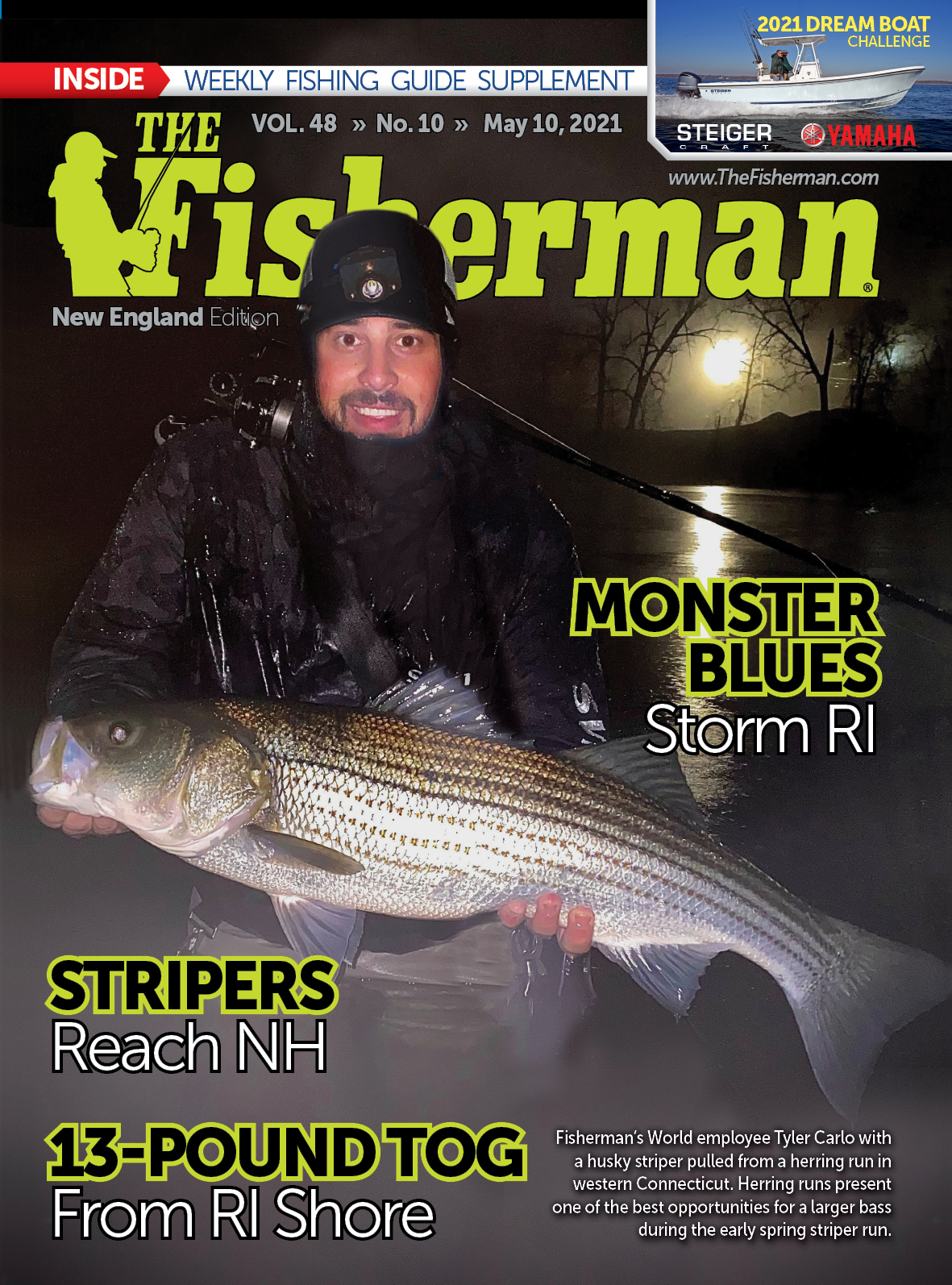 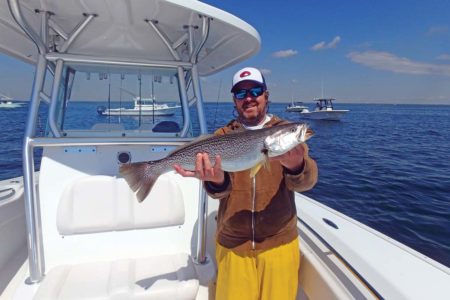 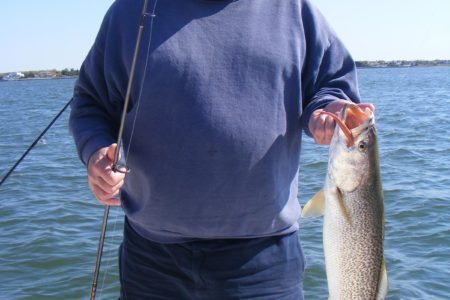 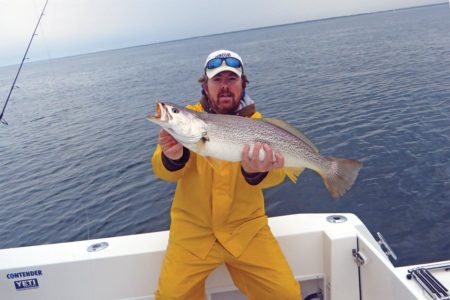