How to properly present a dry fly to a weary trout.

Dry fly fishing is the act of using flies that float, usually designed to copy insects, and which often draw wonderfully visual takes—called “rises”—from trout when eaten off the water’s surface. There’s so much folklore, romance, and history surrounding dry fly fishing that for every new and novice fly fisherman, this area of the sport can understandably be both intriguing and attractive but at the same time intimidating due to its reputation.

Fishing dry flies usually requires a “drag-free” drift. Even though the imitation is attached to your tippet, leader, fly line and outfit, your fly still floats down-current as though it’s connected to nothing, as would the natural insect you’re trying to copy. There are so many different methods, styles, and techniques for accomplishing this out there, all of which have accumulated for well over a century through books, magazines, clinics, classes, guides, teachers, “experts,” and most recently, “the net,” and through the fly fishing “culture” that it makes you wonder how fishing them can end up being confusing, and at times even intimidating for inexperienced fly anglers.

I read the books, attended presentations, and even had personal on-stream instruction, too, and out of everything, the one thing which helped me the most and helped me make a quantum leap in my dry fly catching was simply realizing a simple and basic concept— keep your rod, fly line, leader, and tippet all upstream of your fly. For some reason, I’ve never seen this emphasized before. I kept it prominently in mind, and guess what happened? I caught fish like never before. Following this rule helped in two fundamental ways. First, it ensured a more consistent drag-free drift and second, it allowed the fish to see the fly first before it viewed anything else, making them easier to fool.

You’ll have to be positioned so that the fish is across and at least a bit downstream from you. Being set with the fish across and even further down is even better. And if the fish is even directly below, you can succeed with this method. For an across and downstream presentation, make a cast to a spot a little above the target fish (2-3 feet or perhaps a little more if needed) and mend the fly line in the air, use a reach cast, or mend it upstream after the fly alights on the water so that you have a nice upstream bow in your line. Ensure the leader and tippet are above the fly (upstream of it), and the fly line is as well. Now let the entire rig drift unimpeded. You may have to “throw” some successive mends into the line during the drift if that’s needed, or maybe shake some additional fly line off the tip later in the drift to ensure an even longer drag-free float. You can even effectively roll cast to a fish and then make a big upstream mend after the fly lands on the water too. This is more effective at close to medium distances than at long ranges. It works when you have no room to backcast. I like to use a “side cast” (rod positioned to the side for the entire cast) which I stop very abruptly at the end of the stroke so that it “kicks” the leader, fly, and fly line over into a bow before it lands upstream of the fly. To make a presentation in the opposite direction, I simply make this “curve cast” on a backcast presentation. This particular presentation takes some practice but so do all the presentations noted here. See which one suits you.

This method is most effective in mid-sized to large rivers and streams, but it can also work in small waters. The problem in smaller waters is that it’s often more accessible for the trout to see you because they’re facing upstream and you’re above the fish and usually close. One general rule of fishing, and something to always keep in mind, is that the likelihood of catching a fish increases significantly if the fish is not aware of your presence. But sometimes the trout don’t see you (say a rock or other structure partially hides you) well or perhaps continues to feed even while he’s aware you’re there. This “above the fly” presentation is most effective from close to you, out to 60 or 70 feet.

A significant advantage of this method is that you can overcast (throw longer than needed) above rising fish, and once the fly is on the water, you can pull it back towards you into the intended fish’s feeding lane. You’re fine-tuning the drift this way. Of course, you want to accomplish this before the fly enters the trout’s “window,” when it will be aware of it.

If you’re positioned directly upstream from the fish, just make sure the fly lands far enough above the fish (to not scare it) and then drifts unimpeded over it. When making presentations to fish positioned above you (up and across and directly upstream), you’ll have to make a presentation with a different method. This can be easy if the fish is 15 feet away or closer. All you do is present the fly above the fish (primarily, only leader and rod are involved here), but things get trickier as you get further away. But that’s a subject for another day, and the method discussed here is just so primary and consistent within its parameters.

As a recap, keeping your rod, fly line, leader, and tippet all above the fly assures a good drag-free drift and is just such a simple, essential, and an oh-so-effective way to think about fishing dry flies. Adhere to it, and you’ll be catching more fish. 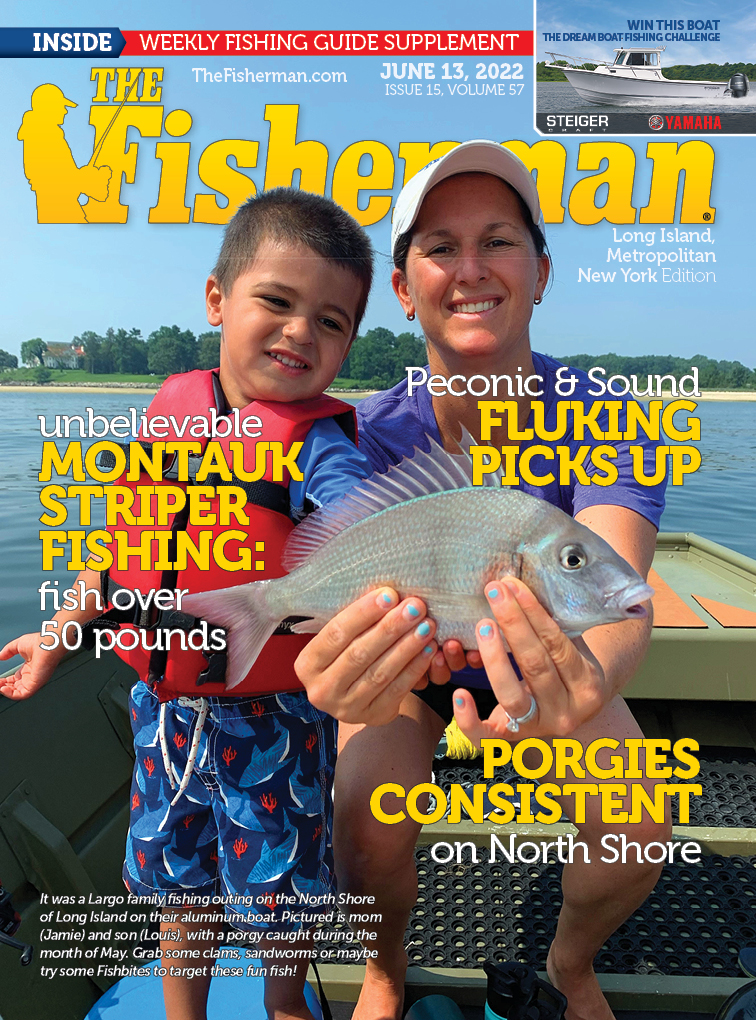 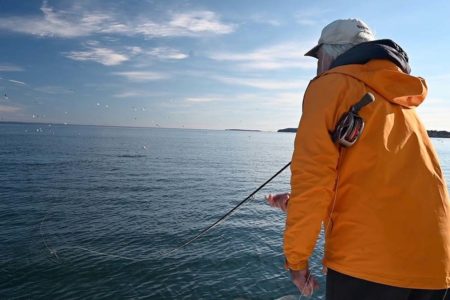 Speed up your retrieve when the speedsters show. 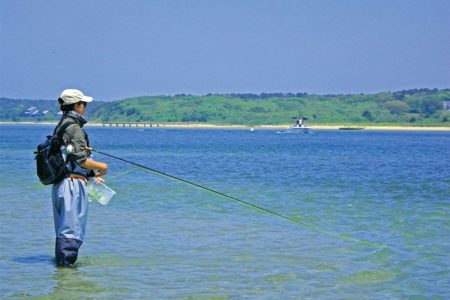 Flying On Land: 12 Tips For Fly Fishing The Surf

If you can hit a beach ball with a tennis racket, you can cast a fly rod. 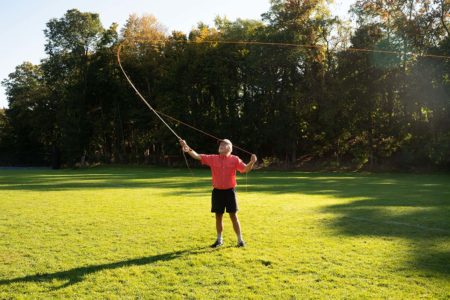 Fly Fishing: Presenting On The Backcast