A specialized fishing method can make its way into broader territory. I learned about one more than a decade ago from a postal carrier named Wally. At first, I had no idea what he was talking about. The method seemed technical beyond my grasp. We used to speak in the morning at the Post Office, where I picked up mail for work, so after a few days, things came into focus.

In the middle of the winter, he center-pinned Salmon River steelhead, but when I saw a centerpin rod and reel used for stocked rainbows in March 2020, it didn’t surprise me. Mark Licht, who I had fished with a couple of times, wore chest waders and stood in waist-deep water. He faced me as I stood on the bank. We fished a stretch of the river another friend of mine named the Zoo, and since I’ve fished it dozens of times without waders, I knew my position would yield fish. Mark’s rod was, I think, 9 feet long, mine about 3 ½. Would microlight out-perform center pinning? No, we paced each other, but Mark wasn’t using salmon eggs. He used salmon egg flies…dipped in salmon egg oil.

The sun settled on the horizon, and I photographed him against a backdrop of golden light while fighting a rainbow trout. We both left the river minutes later when he said, “I like to think of this as practice for the Salmon River.”

In November, we caught up with each other again but not to fish steelhead. I judged for myself that center pinning is a serious way to catch stockers. Mark had been center-pinning rainbows as large as 24 inches, and though a steelhead of the same weight will fight a lot harder, I once caught a stocker about that big on an 8-foot fly rod. It ran up and down the stretch like it was never coming to me.

No doubt, a 9-foot centerpin rod is better suited to big fall rainbows than a microlight, but Mark takes advantage of the length for reasons other than managing the fish. It allows the same slip float used in Pulaski to navigate river boulders and into pockets and eddies behind them. He guides the float into them for as many as 100 feet downstream of where he stands. There’s really no limit but the amount of line the reel holds. He lifts the tip high so he can maneuver the rig. I watched the exercise closely, feeling impressed by the careful combing of a stretch.

If you think it’s odd to fish downstream and at “excessive” length, I can tell you otherwise. When Wally first described the method, I eventually saw how drifting a bead through a long stretch would be effective. Still, I understood the subtlety in play when I actually witnessed how accurately Mark’s float brushed by a boulder to take momentary residence in the eddy below. Once a float is free of such an eddy and continues downstream, there might be 3 or 4 more to investigate before the drift is done. It’s an intelligent, absorbing process.

When a trout takes a single salmon egg, an egg sack, a Berkley Power Worm—whatever you want to use—set the hook by sweeping the rod while pressing a finger on the spool. That spool revolves on a shaft or “pin” with no resistance backward or forward. (The float pulls the line forward.) When the trout comes to hand or net, engage the clicker so you can manage.

The rig includes that slender float, maybe 4 inches long. Concerning the depth of water, you can slip it, changing its position on the line relative to a series of split shot underneath, which goes from heaviest to lightest. The idea is to try and let the bait ride just inches off the bottom, which is often easier said than done, but the morning I fished with Mark in November, the score was three to nothing in his favor. He got it right.

I used a fly rod. 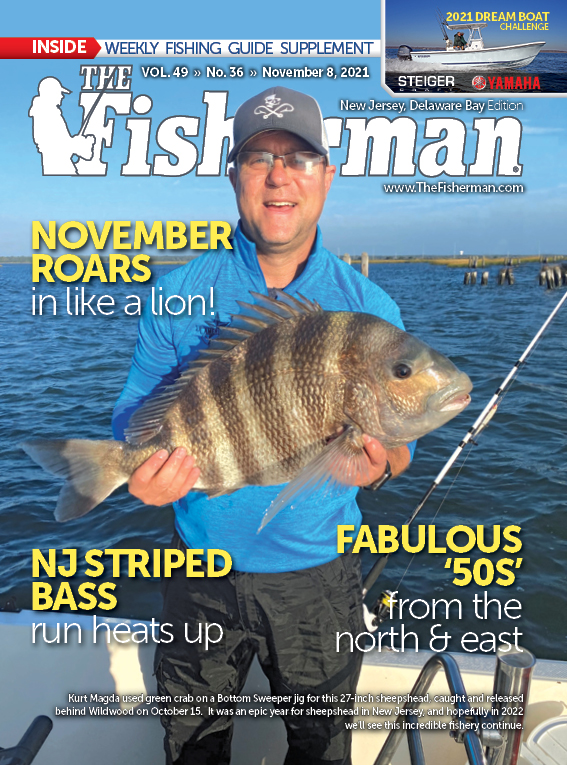 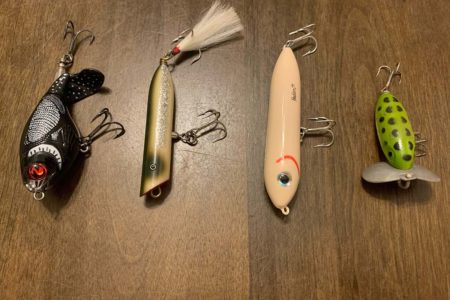 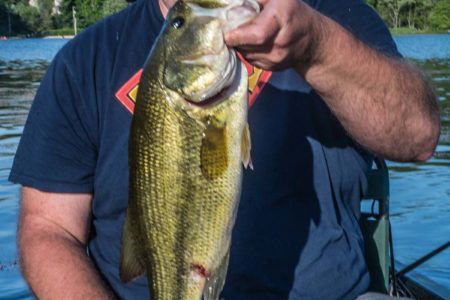